Rural Algeria's ancient 'Touaiza' solidarity system stands test of time
Society
7 min read
The New Arab (From the Arabic Edition)
The ancient Algerian custom of 'Touaiza' goes back centuries but is still practised today throughout rural Algeria, where the social value of solidarity and interdependence is highly regarded for the benefit it brings to communities.

For centuries, in Algeria, an ancient form of social interdependence and solidarity, known as "touaiza" has been practised. The word encompasses a wide range of social initiatives which act to strengthen the bonds between those living in old, rural towns and villages, whilst providing opportunities for collective work on projects and tasks which benefit the local community.

The word touaiza in the Algerian dialect means "al-ta'aazur" which means "mutual assistance". It is an ancient social system, passed down the generations in many Algerian provinces, linked especially to activities which are vital to the community and in which all the members of a village will take part in.

These include harvesting crops (most importantly olives), building mosques, cleaning graves, digging wells, and building houses. Other activities carried out as touaiza initiatives are paving roads, building bridges, planting trees, and cleaning streets and public spaces. Touaiza is usually seasonal, due to its strong links to the collective agricultural activities of ploughing, sowing and harvesting.

"The word touaiza in the Algerian dialect means "al-ta'aazur" which means "mutual assistance". It is an ancient social system, passed down the generations in many Algerian provinces, linked especially to activities which are vital to the community"

A call to collective action

Touaiza organisers usually seek assistance from the village sheikh or another senior local figure who wields authority in the community. They will make a call out to the village inhabitants, which usually sees a swift response from the community – because failing to take part in the task is usually seen as shameful. In some areas of Kabylia, Shawiya, and Bani Mzab regions, those who don't join in are fined.

Algeria's population exceeded 45 million at the end of 2021, according to official statistics, with most Algerians concentrated in the big cities due to better services, and more work and educational opportunities. Recent decades have witnessed a further increase in those moving from rural areas to the cities, causing a decline in the touaiza tradition.

Kabylia (a majority Berber region) is seen as the region in which the historic touaiza customs are strongest, with the people of Tizi Ouzou, Bejaia (both in Kabylia region) and Bouira, known for their strong sense of community. Many charitable and social initiatives in these areas – led by the "Al-Dachra steering committees" – have become well known throughout the country.

These committees – known locally as "Taajamaa'at" – represent a traditional system of administration which has managed village affairs in Kabylia for centuries. In Kabylia, residents are dutybound to participate in touaiza activities, or pay compensation if unable to, in a direct continuation of ancient custom.

Sahel village in Tizi Ouzou province was ranked the cleanest and most beautiful village in Algeria after the villagers used touaiza to transform it into a tourist destination which draws people from around the world. The community came together, old and young, to take part in cleaning up and transforming their village, adding their own creative and artistic flair whilst doing it.

Amekrane Mohamed, a secondary school teacher and village committee member, says: "There was a huge response to the call for volunteers – it's a custom we try to preserve because of its positive results, like the transformation of our alleyways into an art gallery […] we also renovated our sewage and water networks, modernised our street lighting, painted the houses all the same colour, and decorated the walls with murals. All the funding came from the people of the village and all the work was done by them too."

"Touaiza bolsters and renews the culture of mutual support which ensures societal unity. It is a way of ensuring the longevity of the social structures of rural communities"

In Tifilkout village, the women gather in the olive groves which dot the hilly regions of the village, ready to harvest the crop. Hajja Salima and her friends lay a large sheet of plastic on the ground to catch the olives, before climbing ladders to help them shake the uppermost branches to bring the highest olives raining down. After they have finished, they sit down to eat a breakfast of bread, laban, fruit and local dishes together in the midst of nature, breathing in the pure air which refreshes them after the tiring work.

Sociologist Halim Mustafa, says to Al-Araby Al-Jadeed, The New Arab's Arabic-language sister publication: "Touaiza is a custom of voluntary cooperation which has been passed down, is freely undertaken, and is based on collective participation – human beings are social creatures by nature, and those who live on their own are at a disadvantage.

"Moreover, touaiza bolsters and renews the culture of mutual support which ensures societal unity. It is a way of ensuring the longevity of the social structures of rural communities, and it couldn't survive in rural societies if not for group solidarity, based at the first level on kinship, blood ties and lineage, or on what we might term "mechanical" solidarity in traditional societies."

Algerians in the UK: Coming together for the love of culture

In some parts of eastern Algeria, touaiza initiatives appear during harvest time as men bring their scythes to the wheat and barley fields to gather the crop – especially in far-flung areas where it is hard to bring modern harvesting machinery due to the difficult terrain. This includes the Bettayeb area in Es-Sebt municipality in Skikda province, where young men and elders alike respond to the call to harvest, honouring an age-old convention passed from grandfather to father to son.

Similarly, in the Ghardaia region in south Algeria, touaiza customs have stubbornly persisted throughout the centuries. One notable example of this is group marriage initiatives. These are organised annually with money collected from donations and subscriptions. For these, working groups are set up and specific tasks are assigned to make the wedding ceremonies a success, and to ensure the homes for the newlyweds are furnished and ready.

Ghardaia is also known for using touaiza for building Quranic schools and for calling on local volunteers to help with the annual repair of the region's "Fogara" irrigation system (an ancient network of underground canals).

"Touaiza is prominent throughout Algeria for mosque building, which everyone is keen to take part in when the call comes. Participants believe that their rewards come through the prayers of the worshippers"

Touaiza is prominent throughout Algeria for mosque building, which everyone is keen to take part in when the call comes. Participants believe that their rewards come through the prayers of the worshippers, which is more valuable than a financial payment. The majority of Ghardaia's mosques were built through the touaiza system.

In Belalia Ahmed village in Tipaza province, Ismail Boukerroucha and Djillali Ben Yamna, along with members of the Abdelhamid Ben Badis Mosque Committee, were able to completely rebuild the village mosque over three years through the efforts and cooperation of the villagers who worked on the building site every weekend. The committee is now seeking to renovate an old house for use as a Quranic school and a charity-run nursery.

Non-participation penalised in some areas

In many areas, touaiza has a status beyond voluntary initiatives and is a strict social norm and cultural heritage that plays a fundamental role in preserving social ties. In Kabylia region in particular, those who persist in non-participation, after being fined, will be ostracised for failing to abide by the laws of the village.

This is because refusal to participate is considered a threat to the village system. As in the past, village elders and notables believe that rebellion against local, longstanding customs and traditions is unacceptable, and they decide on punishments for violators. Penalties could be deprivation of local services, or go as far as expulsion from the community, with the "rebel" blacklisted for going against the norms of cooperation and solidarity.

Heritage expert Nisal Malia, says that "the process of voluntary collectivism, touaiza, is a cultural inheritance with deep roots in Algerian society, still common in some areas, especially those known for their strong community cohesion. These customs are practised to achieve social aims, for families, or to achieve public benefits, and should be preserved, given their clear role in preserving positive traditions that enhance social stability."

This article is taken from our Arabic sister publication, Al-Araby Al Jadeed and mirrors the source's original editorial guidelines and reporting policies. Any requests for correction or comment will be forwarded to the original authors and editors.

Have questions or comments? Email us at: info@alaraby.co.uk

Universal heritage sites in the Arab world in grave danger 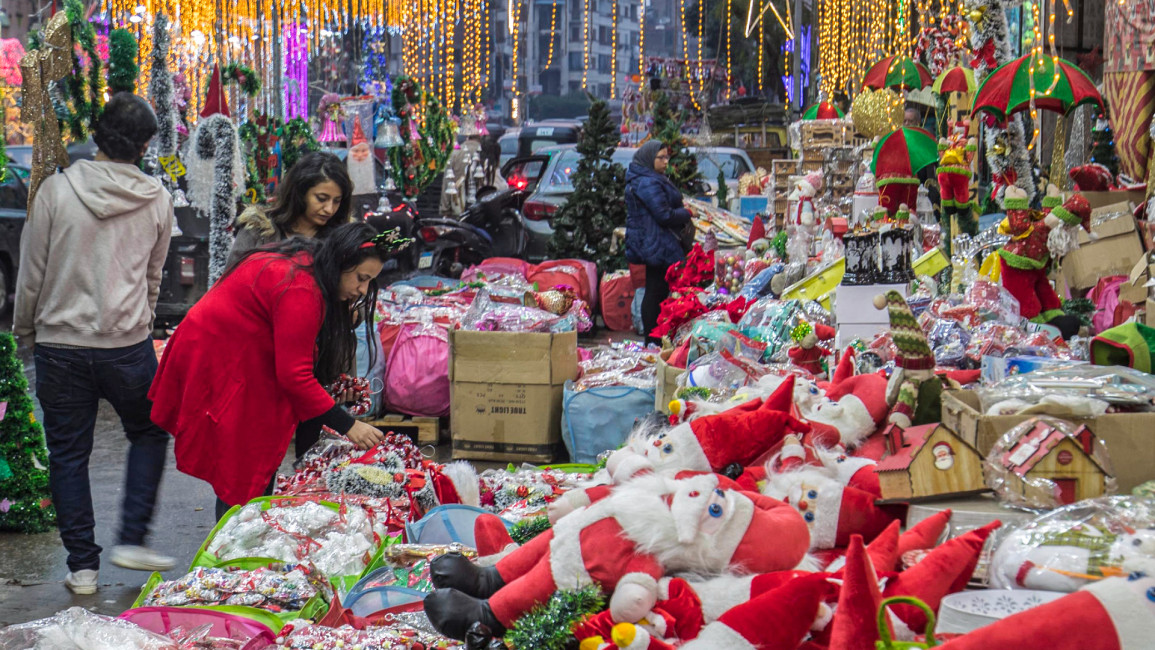