In June 2018, a self-declared affiliate of the Islamic State (IS) group prepared for a final showdown against the Syrian regime amid a terrifying hailstorm of Russian airstrikes.

The Khalid ibn Al-Walid Army and its incarnates had occupied a slither of territory close to the Golan Heights for much of the war, its fighters imbued with lofty ideas of global jihad and forged in the tribalism of southern Syria.

In the final days of its existence, it stood alone against a surprising alliance of Syrian rebels and regime troops, losing control of the Yarmouk Basin in a matter of days.

Fast forward four years and remnants of the militia are believed to have re-emerged in the paradoxical post-opposition world of Daraa politics where former rebels, now nominally part of the regime security apparatus, are at war with IS again.

Armed locals and former rebels in the Russian-backed Eight Division this month prepared for a final assault on some 20 to 30 alleged IS operatives holed up in the Tariq Al-Sad neighbourhood of Daraa Al-Balad.

"The IS-linked Khalid ibn Al-Walid Army announced its formation in 2016, incorporating an array of jihadist sympathisers from outside the Yarmouk Basin and locals from the Al-Baridi clan"

After a four-day siege, the rebels stormed the base on 15 November uncovering the bodies of nine IS fighters and three civilians. The targets of the operation - two local militants known as Hafu and Harfoush - slipped through the cordon, melting into the Daraa countryside.

It marked the end of another chapter for suspected IS cells in the province, but given the wild west dynamics of southern Syria, few believe the book is closed on this group.

"I don't think the wiping out of IS cells in Jasim and Daraa Al-Balad means the end of IS in southern Syria," Aymenn Al-Tamimi, translator and editor at Castlereigh Associates, told The New Arab.

"It is not clear how many of these IS elements are linked with IS cells elsewhere in the province and it is very hard to tell the nature of links with IS cells in other areas such as the Baddiya [Syrian Desert] region."

The cradle of Syria's revolution: Daraa ten years on

Before the regime takeover in 2018, Daraa and parts of Quneitra province were controlled by a hotchpotch of militias, chiefly those affiliated with the Free Syrian Army's Southern Front, various extremist groups, and the Syrian regime.

The IS-linked Khalid ibn Al-Walid Army - a merger of the Yarmouk Martyrs Brigade, Harakat Muthaina Al-Islamiya, and Jaish Al-Jihad - announced its formation in 2016, incorporating an array of jihadist sympathisers from outside the Yarmouk Basin and locals from the Al-Baridi clan.

During its brief existence, the group was targeted by almost all armed elements operating in that corner of southwestern Syria until it was finally decimated in the Syrian regime offensive.

"Control of the Yarmouk Basin fell quite rapidly, many of the fighters were killed, and others might have dispersed and returned to their home communities where they act as sleeper cells for the organisation," Tamimi said.

"Many members of the Al-Baridi clan who became displaced faced many problems when trying to return back to the village of Jamleh, where they originated from, because they were seen as being responsible for the rise of IS in the area. They had a dispute with the Samuri clan in particular."

The secretive nature of IS in the south makes it difficult to determine the exact link between the current cells in Daraa and Khalid ibn Al-Walid or their possible role in the assassination of former rebels and civil leaders.

"Like the IS in the Badiya region, it is likely that the cells are underreporting its activities for reasons of operational security," said Tamimi, who dismissed any link between Syrian intelligence and the IS cells, which has become a popular theory among some in the south.

While there have been many attacks on regime forces by suspected IS cells, assassinations of former Syrian rebels and activists have perhaps become more commonplace.

Mohammed Al-Askara, a media activist documenting human rights violations in southern Syria, was one of the many analysts The New Arab spoke to who linked the Khalid ibn Al-Walid Army to the new IS cell.

"According to the details we have, the cell numbers over 200 and among them are Iraqis. Most of them are cells from what remains of the Khalid ibn Al-Walid Army, which used to control the regions of the Yarmouk Basin, west of Daraa," Al-Askara told The New Arab.

"They appeared for the first time after pledging allegiance to their new leader and then officially in the city of Jasim this year and after that the Tariq Al-Sad neighbourhood of Daraa Al-Balad."

Under the leadership of Yusuf Nabulsi, who Al-Askara said is responsible for communicating with other IS cells in Syria, the group has harboured local outlaws including Abu Abdo Al-Musallama, a former rebel leader known as Hafu. He is accused by the opposition of blowing up a former rebel HQ in 2017.

Navvar Saban, a conflict analyst and senior researcher at the Omran Centre for Strategic Studies, said areas surrounding the Yarmouk Basin are among those most fraught with violence in Daraa, which he also linked to remnants of the Khalid ibn Al-Walid Army.

"We cannot say that the new ISIS cell that emerged in Daraa is a new cell. The security cell in Daraa, particularly in Yarmouk and southwestern Daraa, is particularly fragile which gave that cell the luxury to expand, to have a new set of skills and a new set of targets," said Saban.

"While IS was territorially defeated in Syria with the fall of Baghouz in 2019, their cells remain active across the country thriving in areas where security and governance are weak"

"Their approach has been the same as each and every ISIS cell in every corner of Syria - they know they have zero chance of gaining an actual stronghold. For them, operating in the shadows is considered a big W, a big win, because nobody knows where to hit them, or where and who they will hit next."

While IS was territorially defeated in Syria with the fall of Baghouz in 2019, their cells remain active across the country thriving in areas where security and governance are weak.

This includes pockets of territories in the Syrian Desert region, where militants have launched a series of attacks on regime soldiers and civilians including the horrific massacre of 258 members of Syria's Druze minority in Suweidah province in 2018.

These groups remain localised with little interconnectivity, apart from sharing the same ideology and social media accounts, Saban said, competing to see who can conduct the most attacks in any given area.

IS, for now, is less about expanding and more about remaining, focused on hitting soft and unexpected targets while retaining money-making operations and rackets, he added.

Countering this and other militias, the regime has conducted random security operations across Daraa and kept detainees, linked to previous insurgencies and the opposition, behind bars.

Security in Daraa is now being managed directly through the regime's security forces and allied Iranian militias, as well as the Russian-affiliated Eighth Division, headed by Ahmed Al-Awda.

The unit emerged as a result of Russian-brokered reconciliation agreements signed by Southern Front rebels in 2018 and has been keen to manage local disputes to keep the regime's security apparatus and Iran-linked militias at bay.

"Jordan and Israel will both be happy with ending the issue of IS cells in Daraa, they both care about security on the Syria border and they know their borders are safer with Ahmed Al-Awda and his henchmen in control," said Mazin Albalkhi, an advocacy expert from Daraa.

"They would love to see a settlement between the two parties to guarantee the Iranians are kept away from the border and that drugs can't be smuggled through. I think with finishing these two guys, Jordan and Israel will be happy."

Chasing away suspected leaders in the cell, Hafu and Harfoush, from Daraa Al-Balad, and ensuring no community is willing to host them will make Daraa a safer place, Albalkki said.

This will chime well with Russia's efforts to assure its regional partners, Jordan and Israel, that it can manage Daraa affairs effectively and keep Iranian militias and extremists away from Syria's southern border, using Al-Awda and the Eighth Division as a local police force.

"Another element contributing to the insecurity in Daraa are drug barons working on the production and export of captagon to the Gulf via Jordan and Lebanon, many with links to the regime military apparatus"

Despite the defeat of IS, there remain huge security issues with a wave of killings sweeping Daraa since the regime takeover.

In 2021, the province saw 226 people assassinated including 131 civilians, according to the Horan Free League. Three mayors, two members of central committees, and 47 former rebels, unaffiliated with any military group, also fell victim to assassins' bullets and bombs with suspicions falling on the regime's security forces and IS cells.

Another element contributing to the insecurity in Daraa are drug barons working on the production and export of captagon to the Gulf via Jordan and Lebanon, many with links to the regime military apparatus.

Recent large-scale battles between the Jordanian military and drug dealers underline the high level of collusion between armed smugglers and the regime and the Iranian military.

"In Daraa, the revenue (from the drugs trade) is being redirected to help sustain and support the militias’ operations and of course, the military intelligence's direct hold over the region," Caroline Rose, head of the Power Vacuums Program at the Newslines Institute and a leading researcher on the captagon trade, told The New Arab.

"It has added an edge to inter-communal clashes that we have seen in the region. A lot of this has been over smuggling routes, captagon trade revenue streams, and the fact that the drug is so profitable. Its popularity in the region is on the rise I think this trend will continue."

Paul McLoughlin is a senior news editor at The New Arab.

The Taliban Tallys Up Business with China

What the EU blacklisting of Iran's IRGC could mean 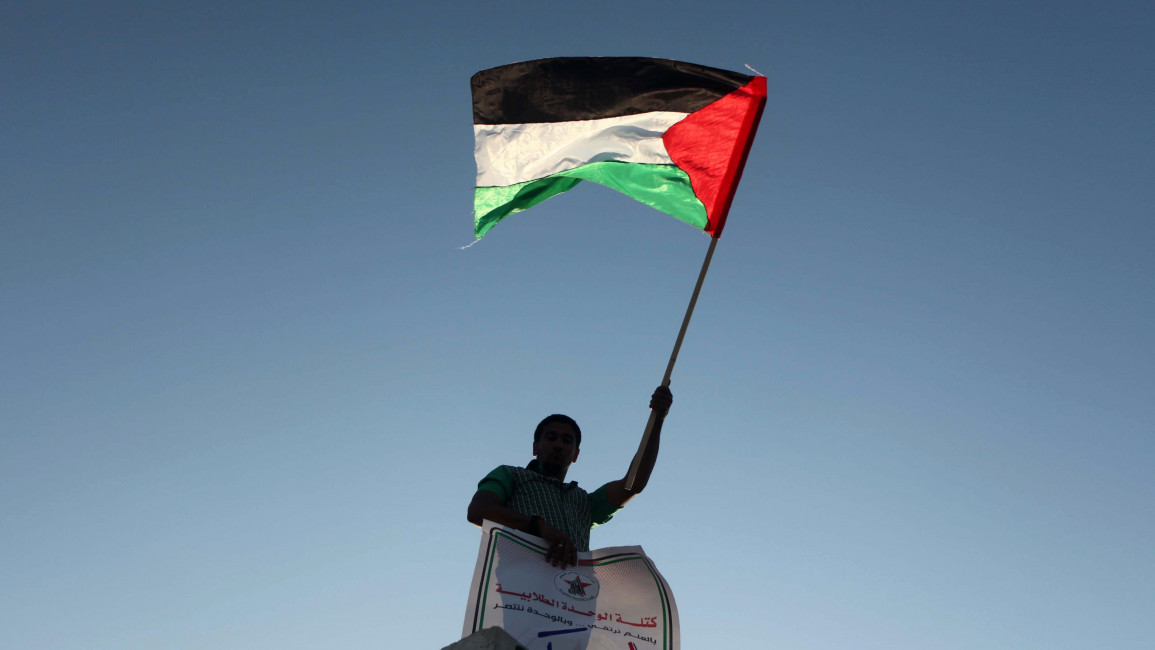