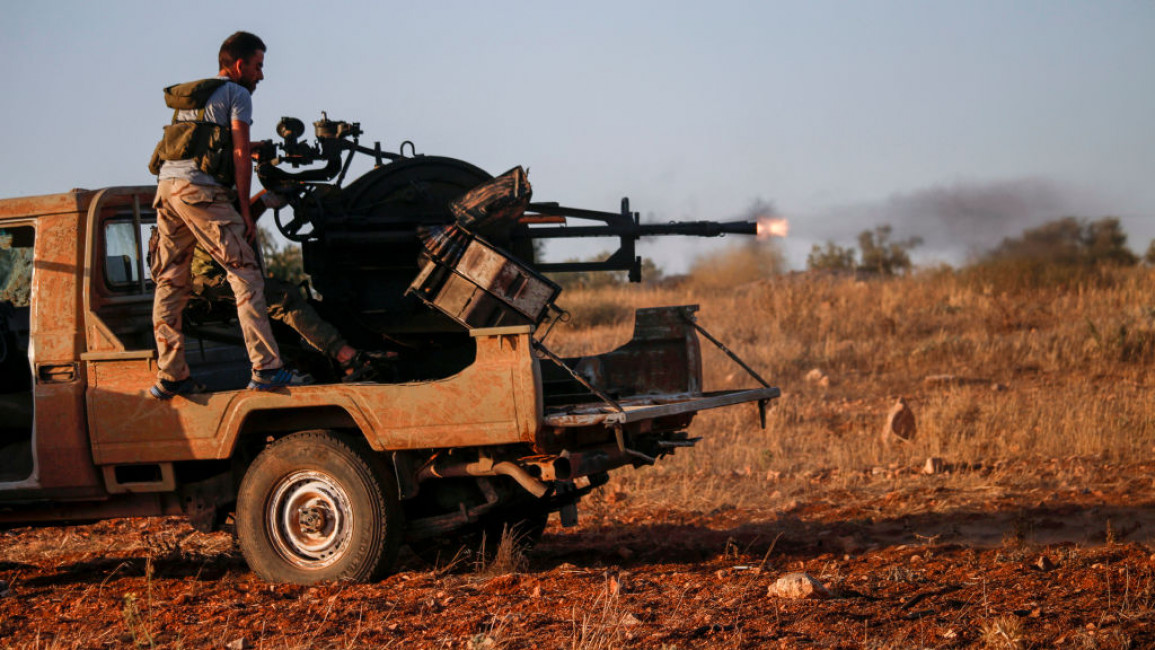 A suspected Islamic State group cell withdrew from its stronghold in southern Syria on Wednesday after an assault by former rebel fighters.

Clashes between the Russian-linked Eighth Division - made up of former members of the Free Syrian Army (FSA) - and an IS faction have been raging in Daraa province for more than two weeks.

On Wednesday, the Horan Free League announced that the IS operatives in Daraa Al-Balad had fled Al-Saad neighbourhood for the surrounding countryside, leaving behind nine dead bodies - most likely militants killed in clashes.

Local activists denied that the Eighth Brigade were aided in their offensive by the Syrian regime which had mobilised in the area. Al-Saad is now under the control of local fighters, monitors have said.

"The ISIS cell left the neigbourhoods of Daraa on Wednesday. Their way out was from the two sides of Al-Nakhla and Wadi Al-Zaidi toward the countryside of Daraa," Mohammed Al-Askara,  a media activist working on documenting human rights violations in southern Syria, told The New Arab.

"We do not forget that they have contact with the general administration in Raqqa and Deir az-Zour."

It follows other outbreaks of violence between IS operatives and former rebel groups in Daraa province, an area with only a very limited presence of the jihadist group in the past.

On 28 October, a suicide bomber killed four members of the Syrian opposition in Daraa. Weeks of fighting ensued between rebels and alleged IS operatives, leading to the deaths of dozens of people, including a media worker.

The Eighth Brigade has accused the regime security forces of having links to the IS cells.

It is unclear the relation of the local cell to the broader Islamic State group, which still occupies a small pocket of territory in the Syrian Desert region despite its territorial defeat in 2019 in a US-led offensive.

Daraa was mostly controlled by the opposition until a Russian-backed regime offensive in 2018 saw the province come under direct or nominal regime control.

Some rebel fighters joined regime militias while others have operated with semi-autonomy under Russian tutelage.

There has been a spate of assassinations, kidnappings, and proliferation in criminal gangs since the regime's takeover in 2018.

Daraa Al-Balad and other areas have seen armed uprisings against the regime, which have been brutally suppressed following crushing sieges and offensives, including missile strikes.

The regime has sought to increase its influence in the southern province in recent months, analysts say.