Sonya Sceats commends Mo Farah for sharing his traumatic story and pushing focus on modern slavery. The athlete is a an antidote to the xenophobic rhetoric of politicians and the media, we should seize this moment to fight for migrants, she writes. 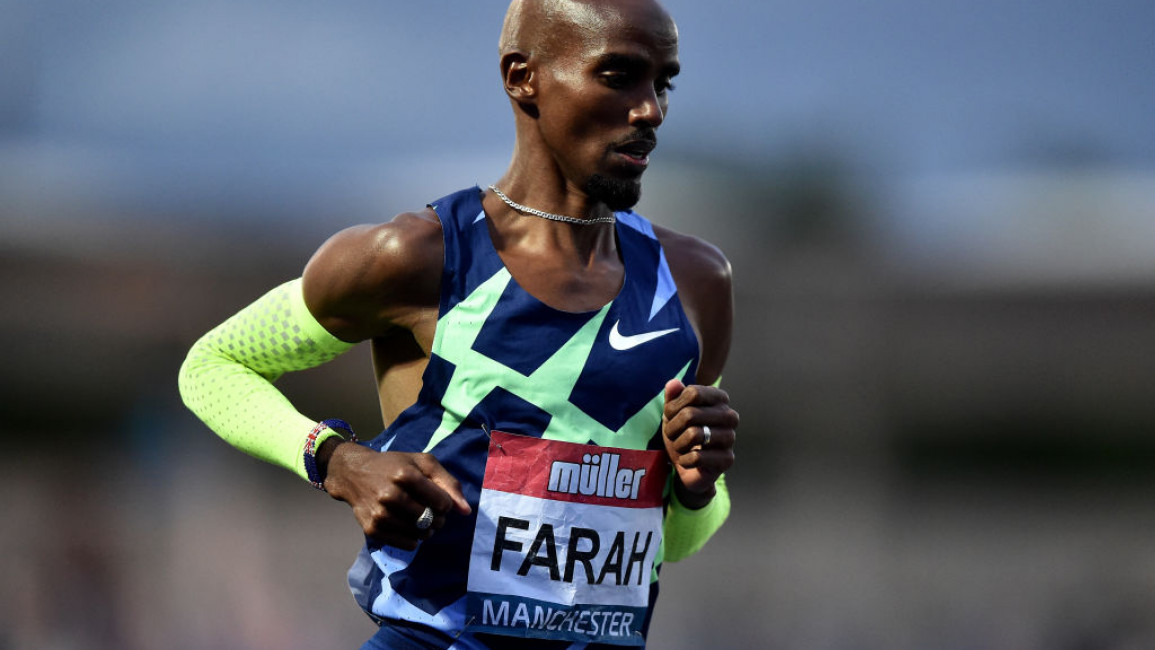 A positive effect of his documentary, The Real Mo Farah, is the chance it provides for the public to think more deeply about abuse victims within the immigration system, writes Sonya Sceats. [GETTY]

Sir Mo Farah was already a hero for his feats on the athletic track. Now he will forever be celebrated for showing the truth behind the hostility often pushed by the press and politicians - that every single person seeking safety is a human being, with hopes and dreams, often carrying secrets of abuse.

Too many of our political leaders are eager to deny that.

It took Sir Mo decades to disclose to the world that his birth name is Hussein Abdi Kahin and that he was trafficked to Britain and forced into domestic servitude as a nine year old, before escaping with help from his school. He has shown great courage in speaking out, describing years spent blocking out the trauma.

After flying so high with his Olympic medals and knighthood, he must also have felt he had a long way to fall. But his confession has been met with floods of public compassion.

Sir Mo’s revelations add further poignancy to his spectacular sporting triumphs in spite of all the disadvantage he faced in his youth. Yet his story is also an opportunity to reflect on wider issues around forced migration and how societies like ours should respond to it.

''The new Nationality and Borders Act has firmly extended the “hostile environment” to asylum seekers, threatening many of those who arrive via dangerous journeys with expulsion to Rwanda under an immoral ‘cash for humans’ deal that may be extended to other countries. Trafficking victims who fail to disclose their experiences within just days or weeks are at risk of removal under this scheme, as are survivors of torture and other highly vulnerable refugees.''

One positive effect of his documentary, The Real Mo Farah, is the chance it provides for the public to think more deeply about abuse victims within the immigration system. Most people in Britain have never met anyone who has survived modern slavery or other forms of human cruelty driving people here via irregular migration routes. This makes it easy for certain politicians to de-humanise them in order to distract us from their failures, encouraging us to blame refugees and migrants when things go wrong.

The outpouring of empathy for Sir Mo shows the power of human stories to disrupt this agenda and change our conversation to focus instead on how we help people needing safety to rebuild their lives as part of our communities.

We did many interviews after the news broke, and broadcasters invariably asked us how common Sir Mo’s experience is. Unfortunately, it is far from unique. Last year more than 10,000 potential trafficking cases were reported to Britain’s referral mechanism for victims of modern slavery, and 43.5% of those were children.

We calculate that around one third of the torture survivors we help at Freedom from Torture have also been trafficked to the UK or at some earlier point in their journeys. Survivors of torture we support have been trafficked for reasons including forced labour, sex and organ harvesting.

A particularly resonant part of Sir Mo’s story was his struggle to divulge his abuse. After an initial disclosure to a trusted teacher, it took him years to open up to others, including his wife and family, because of intense shame and fear. In the documentary, Sir Mo worries that telling the truth will cause the Home Office to revoke his British citizenship, because of his false identity imposed on him by his traffickers (the Home Office has since confirmed it will not take action against him).

A trafficking expert, Kate Garbers, commends his bravery in speaking out, because of the “hostile environment” in the UK where “issues of trafficking and smuggling and illegal immigration all get conflated.”

There may be improved general awareness these days of barriers to disclosure of rape and other abuse, but the UK’s immigration system is pulling in the opposite direction.

The new Nationality and Borders Act has firmly extended the “hostile environment” to asylum seekers, threatening many of those who arrive via dangerous journeys with expulsion to Rwanda under an immoral ‘cash for humans’ deal that may be extended to other countries. Trafficking victims who fail to disclose their experiences within just days or weeks are at risk of removal under this scheme, as are survivors of torture and other highly vulnerable refugees.

One of the great tragedies of Sir Mo’s story is that, despite immense hardship at home after his father was killed in a civil war, some of the worst events of his life happened here in Britain.

In our experience, precarity within the asylum and immigration system itself makes people vulnerable to exploitation here, especially if they are barred from accessing state welfare support. Wherever we come from, we all have a right to feel safe. We owe it to all those without Sir Mo’s fame to seize the opportunity he has presented us to fight for an asylum and immigration system that looks after people who need our protection.

Sonya Sceats is Chief Executive of Freedom from Torture which is dedicated to healing and protecting people who have survived torture.