Their streets: The Iranian state's vilification of protestors has not stopped them

Their streets: The Iranian state's vilification of protestors has not stopped them
Voices
5 min read

Kourosh Ziabari argues that the old tactics used by the Islamic Republic to quash dissent are not working. The regime has even resorted to slurs to target protestors, only demonstrating its desperation as it denies the legitimacy of the uprising. 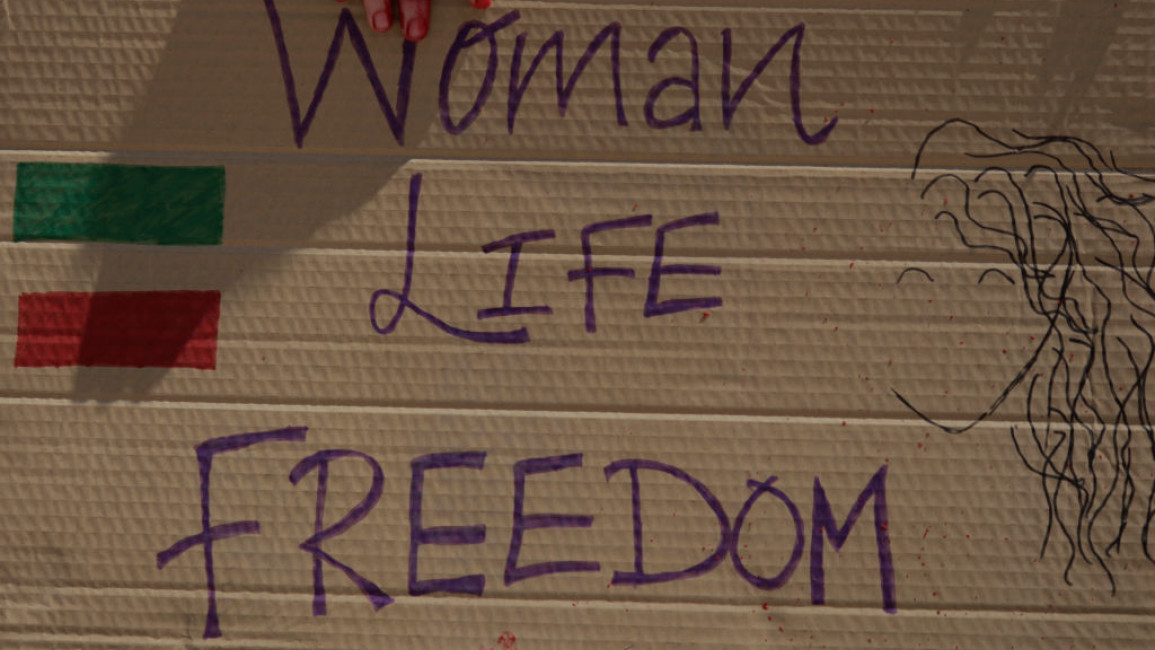 The murder of Mahsa Amini, a 22-year-old Kurdish-Iranian woman at the hands of the 'morality' police on 16 September in Tehran, Iran, for not wearing the hijab correctly, sparked mass protests that are ongoing. [GETTY]

The Islamic Republic has been rattled by a popular revolt that has been spreading since 16 September. Identified with its unifying motto ‘Woman, Life, Freedom,’ the protest movement has experienced ebbs and flows, but the momentum has remained.

So far, the standard response by the Tehran authorities to this outburst of dissent which has articulated several demands, has been to downplay the collective will of large segments of the population. In other words, they’ve repeated the same strategies used in the past against any opposition they’ve faced.

The consensus between the Iranian leaders, is that this uprising should be described as “rioting” rather than a “protest,” which enables the discrediting of anything that comes with the revolutionary wave, especially the changes that have been demanded.

''The establishment’s response to the months of protests has so far consisted of looking the other way and pretending that nothing serious is happening. It attributed the unrest to foreign adversaries instigating chaos, and has been trying to demoralise the protesters by bad-mouthing them.''

The Iranian government has long mastered the ability to distort and even curate alternative narratives for domestic consumption. The elimination of food and transportation subsidies earlier this year has been termed the “liberalisation of prices” and the internet blackout is being marketed as part of a “national information network” initiative.

The establishment’s response to the months of protests has so far consisted of looking the other way and pretending that nothing serious is happening. It attributed the unrest to foreign adversaries instigating chaos, and has been trying to demoralise the protesters by bad-mouthing them.

The authorities’ priority is clearly to keep the country afloat on a day-to-day basis, rather than having an eye on long-term solutions by granting the people what they have been fight for.

Villainizing the “external actors” as being responsible for the suffering Iranians is also a familiar attempt to deflect attention from failures at home. Although this approach has long lost its lustre, it continues to be deployed as an official knee-jerk reaction to any episodes of national crisis.

The difference this time around, however, is that the authorities have been openly criticising protesters. Whilst this may be a ploy to scare or dissuade those taking to the streets, it highlights how agitated the clerical establishment is at the sight of a rebellion that has seized the country and already generated splits among the ruling elite.

One notable example includes Ahmad Alamolhoda, a senior cleric and the Supreme Leader’s representative in the Khorasan Razavi Province, who has a long track record of denigrating those challenging the government’s dogmas on religion and lifestyle, and recently said that, “those who remove their headscarves and appear unveiled to satisfy the United States should recognise that America views them as prostitutes involved in the 1953 coup.”

Solidarity not sanctions: The co-option of Iran's protests

Long before the protests even broke out over the death of Mahsa Amini in police custody, the fundamentalist preacher stated in January, that “the woman without hijab and the debauched person should feel that people hate them and this expression of hatred and disgust is a divine responsibility for people in terms of the prevention of vice.”

Another, Mahmoud Nabavian, who is a hardline MP known for his fiery remarks described the protesters as, “ISIS-like, corrupt people … who are like foam on the water and filth that will be discarded from the scene by our nation.”

Hamid Rasaee, a member of the Ammar Headquarters affiliated with the Islamic Revolutionary Guard Corps and a former member of parliament made some disdainful comments about the women protesting in October, stating, “what do you think the minority of those who wave their headscarves on their hands in the streets are looking for? [...] Their entire expectation of freedom is to be able to sleep with one person every night and graze like animals.”

These disparaging statements which are similar to those used by IRGC commanders, government pundits, state TV personalities and administration officials, capture the government’s grand strategy in dealing the crisis: denial, disregard and frivolity.

Minister of Interior Ahmad Vahidi, who is also an IRGC commander and sanctioned by both the United States and European Union, claimed recently that at their peak, there were no more than 45,000 demonstrators in a day, and out of a population of 3.2 million students across the country, no more than 18,000 students took part in campus protests.

It is most probably the case that those statesmen or government-affiliated ideologues who make comments about the inconsequentiality of the protests, know full well their rhetoric doesn’t appeal to an audience that thinks critically. They cannot even instil vigour into the base of the Islamic Republic devotees.

Indeed, using slurs to delegitimise peaceful protesters fighting for dignity and equality seems to be one of the most accessible remedies for the leadership. Whilst it spares the state the need to deliberate on the substance of the people’s demands, it also reflects the magnitude of its desperation.

These tactics have not stopped the outpouring of people onto the streets, or silenced the chants. Quite the opposite, with every insulting remark, the gap between the government and the people grows wider, and public resentment is only further fuelled.

To this day, the Islamic Republic has still not been able to find a common mode of communication with the people who are vengeful and deeply disgruntled. By vilifying them, it only insures that things get worse.