Iran protests: The world must take action against executions and human rights abuses

Following a series of executions of young protestors in Iran, Kourosh Ziabari highlights the many human rights abuses committed by the Islamic Republic and urges international bodies to apply the necessary pressure to stop any more from taking place. 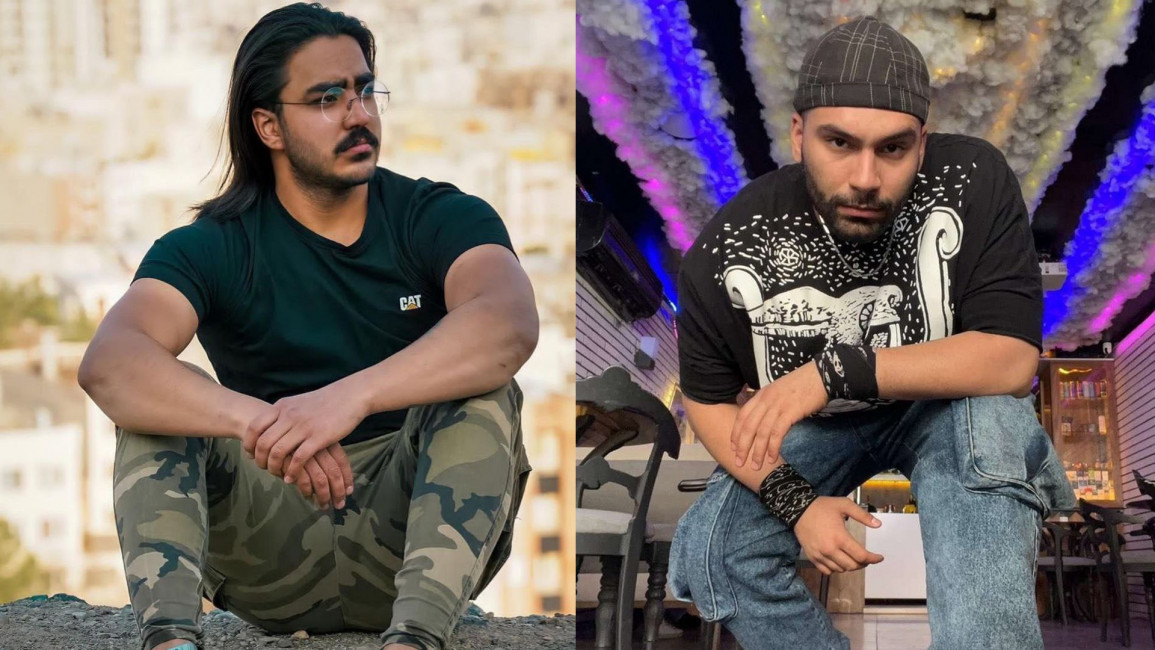 Confrontation between Iranian protesters and the government has escalated into a new phase with the Islamic Republic’s justice system initiating a string of death sentences and executions. The message intended to be imparted is simple: intimidation.

During the initial stages of the ‘Woman, Life, Freedom’ protests following the death in police custody of 22-year-old Iranian woman Mahsa Amini, the international community and human rights organisations were mainly concerned about the use of disproportionate force against the protesters and unbridled detentions.

But with more than 18,000 people arrested in the three months that followed, detention facilities became overstretched, with inmates being kept in deplorable conditions characterised by poor sanitation, inadequate food and systemic maltreatment. There were also accounts of sexual abuse against women prisoners.

''There is a lot that the international community can do to assist the protesters and pull the plug on the bandwagon of executions. First, there needs to be a recognition that further isolating Iran by heeding the calls of some amongst the Iranian diaspora to shutter embassies or withdraw ambassadors, will only reproduce hard-line tendencies in a government that sees no benefit in conforming to international norms.''

Yet before any of those concerns could be addressed, the Islamic Republic took violence to a whole new level. Death penalties over capital charges of “corruption on earth” and “enmity against God,” known as hirabah in Islamic law, have been dangled to instil fear and deter further protests.

Low-key executions kicked off in the Sistan-o Baluchistan province when two protesters were hung on 6 November. one of the poorest regions of the country, hosting a sizeable community of Iranian Sunnis, the region doesn’t often make headlines and distance from the capital means its suffering is often neglected.

The execution of two additional young protesters in Tehran and Mashhad, as well as the sentencing to death of footballer Amir Nasr-Azadani over the past week, despite generating widespread condemnation, should be construed as the Islamic Republic upping the ante and projecting defiance despite large segments of the population demanding a political transition.

On 8 December, 23-year-old rapper Mohsen Shekari was executed after being convicted by a revolutionary court for the crime of blocking a road and wielding a knife wounding a member of the state-run Basij militia. There was only 38 days between his trial on 1 November and his execution. Lawyers and even clerics loyal to the Islamic Republic were astounded at the capriciousness with which the judiciary carried out the sentence.

Majidreza Rahnavard was the second young Iranian to be hung in connection to the protests. The 23-year-old athlete was convicted of “enmity against God” for stabbing two members of Basij to death. His execution was public.

So far, 12 Iranians have been sentenced to death. Amnesty International believes there are 28 people who risk imminent execution, including Dr. Hamid Ghare-Hasanlou, a prominent radiologist who was captured on video at the scene of a Basij member being assaulted in the city of Karaj, and is said to have rushed to provide medical aid. His wife, Farzaneh Ghare-Hasanlou, has already been condemned to 25 years of prison in exile without visitation rights.

FIFPRO is shocked and sickened by reports that professional footballer Amir Nasr-Azadani faces execution in Iran after campaigning for women’s rights and basic freedom in his country.

We stand in solidarity with Amir and call for the immediate removal of his punishment. pic.twitter.com/vPuylCS2ph

The confirmed death sentence of Mahan Sadrat, a 22-year-old protester accused of setting the motorcycle of a Basij member on fire, has been temporarily suspended. This followed the plaintiff’s public announcement that he has forgiven the young man, pleading with the judiciary to show mercy.

In a statement on 13 December, Human Rights Watch (HRW) stated: ‘Iranian authorities’ execution of two men in connection with widespread anti-government protests is a gross miscarriage of justice and a dangerous escalation.’

Amnesty International’s deputy director for the Middle East and North Africa, Diana Eltahawy, has also expressed shock and concern over the burgeoning trend of summary executions: “With the Iranian authorities brutally acting on their public threats to expedite capital proceedings and carry out executions swiftly, we fear that other protesters under death sentences or charged with capital offences are at imminent risk of being sent to their deaths.”

It is not only the Iranian government’s propensity to punish its challengers ruthlessly that comes across as menacing. A profligate practitioner of the death penalty, the Islamic Republic is cutting corners in unprecedented ways to trample the provisions of its penal codes in order to accelerate the execution of protestors in their early 20s.

Much of the trials leading to these hefty convictions have been bereft of due process. The accused were not given the chance to hire lawyers of their choice and had to involuntarily work with those assigned to them by the judiciary. These lawyers allegedly barely defended them, and instead of legal arguments, the protesters were prosecuted over ideological charges.

Admittedly, this pageantry of intransigence is part of the Iranian leadership’s agenda to punish a population that resisted because it could not tolerate its injustice anymore. However, a nation determined about its quest for freedom cannot be deterred, even by coercion.

There is a lot that the international community can do to assist the protesters and pull the plug on the bandwagon of executions. First, there needs to be a recognition that further isolating Iran by heeding the calls of some amongst the Iranian diaspora to shutter embassies or withdraw ambassadors, will only reproduce hard-line tendencies in a government that sees no benefit in conforming to international norms.

As the German politician and MEP Hannah Neumann wisely put it: “I don‘t think it helps protestors in Iran, if we turn the country into a second North Korea by closing all our embassies.”

As long as EU nations continue to have a presence in Iran through their embassies, they can observe [unfair] trials, provide support for the civil society, and disseminate unbiased information about the realities on the ground.

Solidarity not sanctions: The co-option of Iran's protests

World powers and neighbouring countries that maintain ties with Iran should consider sending delegations of top officials to Tehran to press the authorities on their human rights record and demand accountability over what’s happening. Broaching rights violations in direct conversations with their Iranian counterparts and insisting on persuasive responses are significant steps.

Indeed, publicity in the media and advocacy by impartial human rights organisations are some of the pathways towards positive change while the status quo remains gloomy.

There are also many UN functions and institutions that Iran engages with, and their clout can be harnessed to apply pressure on the Islamic Republic. Commentators have pointed out the UN’s failures to take action so far. Secretary-General Antonio Guterres is yet to even issue an unapologetic statement on Iran, or even simply speak to President Raisi and berate him over the atrocities unfurling in the country.

United global pressure should not be downplayed, it could change everything for the better.

Ziabari
https://twitter.com/KZiabari
Recent Articles
Iran must end its complicity in Russia's indefensible war
12 Jan 2023
Iran: State vilification of protestors will not stop them
30 Nov 2022
The West is failing the Iranian people
04 Nov 2022
The Iranian diaspora is a powerful but complicated force
20 Oct 2022
View More
More in Opinion