Is going back to the moon worth it?
Voices
6 min read

After a half century hiatus, the launch of NASA's Artemis may bring back human presence on the moon. Pushing our boundaries of science and discovery is human nature, but many have doubts about the merits of space exploration, writes Emad Moussa. 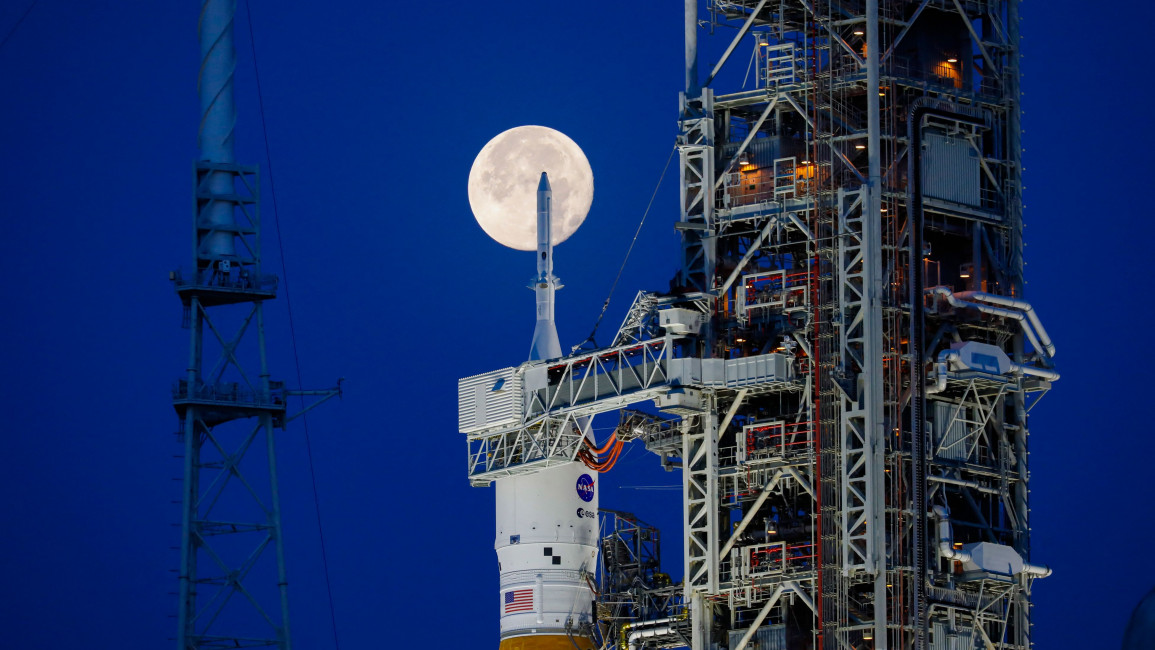 Save for several unmanned probes, the moon has been abandoned since Apollo 11 astronaut Gene Cernan departed from its surface half a century ago. He was the last of twelve men to walk on the lunar surface between 1969 and 1972.

Today, NASA is looking at Earth’s closest neighbour once again. Artemis, named after the Greek goddess of the moon and twin sister to Apollo, is the organisation’s new programme, which will take humans back to the moon by 2025.

The programme begins with Artemis 1, which, after several delays, was launched early this week, mounted on NASA’s massive SLS rocket. It carries the Orion capsule on a four-week journey around the moon. Artemis 2 is to follow and will send astronauts around the moon. The success of the two missions will allow for the launch of Artemis 3, which will put astronauts on the lunar surface.

Among other things, Artemis could usher in a new age of permanent human presence on the moon, facilitate Mars missions, and deliver scientific discoveries that will be reutilised for human betterment. But not everyone is convinced. Some say it is merely a political stunt disguised as a scientific endeavour, while others are concerned about the programme’s cost-to-value ratio.

"Among other things, Artemis could usher in a new age of permanent human presence on the moon, facilitate Mars missions, and deliver scientific discoveries that will be reutilised for human betterment"

To take the Apollo programme as a reference point, the scepticism has some merit. Back in the 1950s through the 1960s, the Cold War between the US and the Soviet Union was also fought beyond Earth’s atmosphere. Each party sought to demonstrate their posture as the world’s sole superpower by exhibiting dominance over the skies.

In the early years, the USSR was well ahead in the space race, putting the first ever satellite, Sputnik, in earth’s orbit in 1957, followed two years later by the first Earth-orbiting man Yuri A. Gagarin. The Soviets also claimed they landed an unmanned probe called Luna 2 on the lunar surface.

In the US, President Kennedy, in his renowned 1962 speech, raised the stakes by vowing to put the first human on the moon by the end of the decade. In July 1969, six years after Kennedy’s assassination, Neil Armstrong became the first man to walk on the moon. And with American footprints on the moon, Washington, inter alia, exhibited to the world that not only did the US possess the technological edge, but was also superior as a political and economic system vis-à-vis its communist rival.

The early excitement surrounding the Apollo programme somewhat veiled its political dimensions and, more critically, the astronomical costs it incurred. In the mid-1960s, Apollo cost roughly 4.5% of the federal budget.

"We’re not going to the moon just to land a diverse astronaut on the moon, but we get to explore the moon with people that represent all of humanity. That’s what’s important."

Between 1960 and 1973, the total cost of the programme came to $28 billion, the equivalent of $280 billion today. To put things in perspective, the cost of the Apollo missions was roughly 20% of the US total spending in the Vietnam War from 1959 through 1975.

Because the stakes haven't been as high since the end of the Cold War, the moon programmes haven't gathered as much support. This might have also been due to the so-called repetition apathy: been there, done that, over and again. Speculatively, it has resulted in a level of fluidity in the discussion on the next step, scope, and value of space exploration.

For instance, President George W. Bush launched the Constellation Programme (2005-2009) with the goal to complete the International Space Station and return to the moon by 2020, with a crewed mission to Mars as the ultimate goal. The programme was cancelled in 2010 by President Obama, who prioritised sending astronauts to a near-Earth asteroid. Obama’s plan was shelved by President Trump in 2017, putting NASA back on track for lunar exploration.

The Artemis programme may be free from the political urgencies of the Cold War, but is hardly free from politics, albeit for different reasons. One reason is that it comes at a time of a growing Chinese space exploration programme, which is expected to overtake NASA in the near future.

Will the stars of Arab astronomy ever shine bright again?

Another is that Artemis is a dinner table with many guests, from different space agencies and different countries. Whichever primary goal they all share does not stop differential worldviews and small politics from infiltrating the project.

Indeed, apolitical science would be appealing. The reality, however, is that politics in science is simply a state of affairs and cannot be described in absolutely bad or good terms. It simply is. Politics is deeply ingrained in scientists’ lives, be it via funding agendas, lobbying, or personal biases. As much as the Apollo programme was, in a way, a tool to win the Cold War, it would be unrealistic to think of space exploration today as an ideologically neutral pursuit of knowledge.

The problem often occurs when the interplay between politics and science has a questionable ethical dimension. For space exploration, in particular, cost - measured against value and priorities - tops the list of ethical concerns, and has been from day one.

If all goes to plan, the Artemis programme will cost the taxpayers $93 billion. While not as exorbitant as Apollo, it is a significant investment. Questions are ought to be raised about whether the high bill was justified at a time when private space companies, like Elon Musk’s SpaceX, are building reusable rockets that could slash the cost of space missions.

Others are concerned that the money and resources dedicated to the moon mission can be diverted to help those in need and better the economy, certainly as the world is now staring into the abyss of a prolonged recession. Practically, goes the argument, the billions of dollars spent on space missions achieved very little but for some improved technology that could have been attained by other means.

In addition to the advancement in technical knowledge and transferable skills, it could be counter-argued, space travel has transformed our understanding of the universe and ourselves. While it is human nature to look after our own, to prioritise our planet, it is also human nature to seek to break boundaries.

This is not merely because outer space may open up a new front for new riches and resources, but also because the accumulation of knowledge, no matter how long-winded and minuscule, is closely tied to our survival as a race. Civilisations that took on the challenge of resolving problems at the limits of their technical knowledge persevered. Those who ceased to be progressive waned.

Many strides in civilisation were often prompted by ideas deemed at the time abstract or ludicrous, but eventually materialised and changed the course of history. Looking up at the night sky and wondering was one of them.