Delaying justice for Grenfell is a hazard for all British homes

The Grenfell inquiry has ended, but more work is needed to bring justice for the victims, survivors and families, and to prevent another disaster from dangerous housing policies across the UK, writes Shareefa Energy. 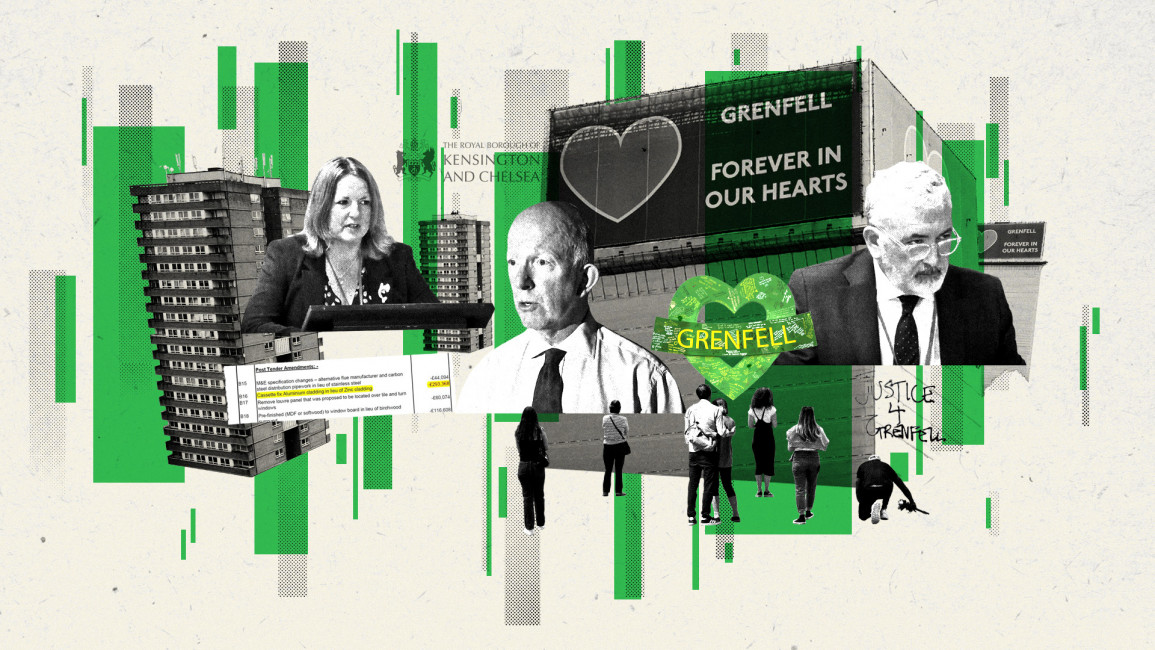 Five and a half years have passed since the fire rapidly spread through the 24-floor tower block, Grenfell Tower, in the King’s richest borough in West London, North Kensington, taking 72 innocent lives.

That night, I and many hundreds will never forget receiving calls past midnight from frightened friends in the community waiting to be evacuated, witnessing stress and fear on the streets in Latimer.

The company who made the flammable cladding, Arconic, were aware of how seriously dangerous their product was. No one had expected this, except the Grenfell residents who had campaigned to ensure that they and their neighbours were safe in their homes. Some of these campaigners unjustly passed away in the fire they had warned against.

"Annual anniversary hashtags are not going to create long term change. Justice for Grenfell is far from solely demanding justice for the 72 lives that were lost"

The second stage of the Grenfell inquiry recently came to an end. Demanding justice for Grenfell and the implementation of the inquiry recommendations and continuing to lobby the government from our respective boroughs and cities is still essential.

Annual anniversary hashtags are not going to create long term change. Justice for Grenfell is far from solely demanding justice for the 72 lives that were lost on 14th June 2017, including 18 children.

It is also about the Lakanal House Fire in 2009, which if government and councils had taken seriously the recommendations, the Grenfell fire could have been prevented.

Justice is about fire safety for all across the rest of Britain, regardless of race and socioeconomic status. It is about forcing housing management boards, councils and the British government to learn from the worst residential fire catastrophe in Britain since the Second World War.

"Those who died five years ago in #Grenfell were betrayed in life, and are still being betrayed in death" @Lowkey0nline looks at #GrenfellTower, five years on👇 https://t.co/ynyIxwOIUu

10 Grenfell legislation recommendations are meant to be implemented during 2023, but this will only be successful if the British people are persistent with pressuring the government and not leaving those most affected to campaign for change alone.

We cannot leave disabled tenants living with flammable cladding in their homes to campaign by themselves for personal evacuation plans. Bereaved families, survivors, and former residents of Grenfell, who are exhausted from more than five years of consistent campaigning, alongside grieving and trying to maintain some form of normality, cannot be left to fight this struggle alone.

We cannot afford for the demands for justice for Grenfell to slip away from headlines, losing mainstream media’s attention as ‘old’ news. We need justice for the deceased, the survivors, and all those left to live in combustible death traps without their safety prioritised.

The fact is that 9 months before completing its consultation, the government rejected an inquiry recommendation that disabled tenants nationally depend on.

The Cladding Leaseholder Disability Action Group (CLADDAG) has been campaigning for personal emergency evacuation plans (PEEPs) for disabled tenants, but have not been taken seriously. 15 of the 72 Grenfell residents who were victims of corporate manslaughter were disabled.

"How many more of our community members will pass away without getting to witness justice?"

It is a disgrace that personal evacuation plans have still not been considered a priority more than five years later. Disabled tenants in Britain today are left in the same unsafe predicament that Grenfell’s disabled tenants were left in, causing them distress.

As we await the report for the end of Phase 2 of the Grenfell inquiry, how much longer will we have to wait for criminal charges to be brought against those responsible?

As the years pass, survivors and families of the Grenfell fire, some of them personal friends, have passed away. How many more of our community members will pass away without getting to witness justice? How many more will leave this world without witnessing the Grenfell inquiry recommendations they’ve campaigned for implemented?

The government needs to act with haste and immediately begin criminal proceedings. The UK sales manager of Arconic from 2007-2014 Debbie French, who sold the flammable cladding, still walks free despite confessing that she sold flammable versions of the panels as part of a ‘marketing strategy’, more interested in the value of the contracts than residents’ lives.

The government not learning anything or making changes to reject the ‘Stay Put’ policy after the recommendations from the Lakanal House fire in 2009 inquiry, resulting in the loss of 6 lives - Helen Udoaka and her 20-day old daughter Michelle, Dayana Francisquini and her children Thais and Felipe, and Catherine Hickman - demonstrates how human lives are seen as collateral damage from corporate greed.

More lives could have easily been saved in Grenfell. Grenfell residents had ongoing protests against the refurbishment and raised fire safety issues from the Lakanal inquiry recommendations.

In the ashes of empire: Remembering Grenfell five years on

How much longer will national dissent and warnings be ignored? How many more commemorations will we have to hold in the name of unsafe housing and injustice?

Public pressure is still required to support each Grenfell recommendation and for us collectively to witness legislation change to ensure the safety of all residents in Britain.

For those who did not follow the Grenfell inquiry and aren’t aware of the Grenfell recommendations due to be implemented impacting Britain, I highly recommend reading Peter Apps from Inside Housing’s book, ‘Show Me The Bodies: How We Let Grenfell Happen’.

Shareefa Energy is a working-class poet, writer, activist and creative campaigner. She was the Youth and Community Coordinator for stop and search in London from 2016-17. She has supported the United Friends and Families Campaign in various capacities since 2011, including supporting family led justice campaigns the Mark Duggan Campaign, the Justice for Smiley Culture campaign, amongst others.