Yemen rebels, Saudis hold back-channel talks to maintain truce
MENA
5 min read
Agencies
"It's an opportunity to end the war," a UN official said, "if they negotiate in good faith and the talks include other Yemeni actors." Like other officials, the UN official spoke on condition of anonymity because of the fragility of the talks. 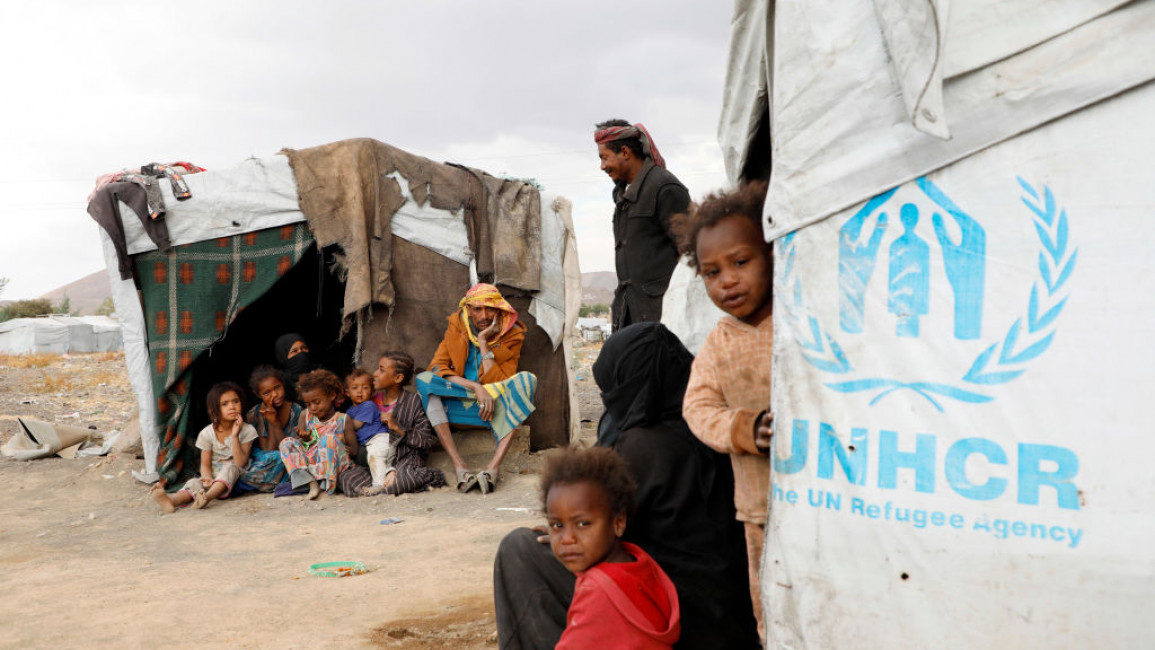 Amid Yemen's longest-ever pause in fighting — more than nine months — Saudi Arabia and its rival, the Iranian-backed Houthi rebels, have revived back-channel talks, hoping to strengthen the informal cease-fire and lay out a path for a negotiated end to the long civil war, according to Yemeni, Saudi and UN officials.

The quiet is fragile, with no formal cease-fire in place since an UN-brokered truce ended in October. It has been shaken by Houthi attacks on oil facilities and fiery rhetoric from Yemen's internationally recognized government, allied with Saudi Arabia, which complains it has so far been left out of the talks. Lack of progress could lead to a breakdown and a renewal of all-out fighting.

But all sides appear to be looking for a solution after eight years of a war that has killed more than 150,000 people, fragmented Yemen and driven the Arab world's poorest country into collapse and near starvation in one of the world's worst humanitarian crises. Saudi Arabia restarted indirect exchanges with the Houthis in September, when it became clear the UN-brokered truce wouldn't be renewed. Oman has been acting as an intermediary.

"It's an opportunity to end the war," a UN official said, "if they negotiate in good faith and the talks include other Yemeni actors." Like other officials, the UN official spoke on condition of anonymity because of the fragility of the talks.

A Saudi diplomat said his country has asked China and Russia to exert pressure on Iran and the Houthis to avoid escalations. Iran, which has been regularly briefed on the talks by the Houthis and the Omanis, has so far supported the undeclared truce, the diplomat said.

Yemen's war after Houthis, reacting to being denied a seat in a newly formed government, descended from their strongholds in northern Yemen and seized the capital of Sanaa in 2014, forcing the internationally recognised government to flee to the south and then into exile in Saudi Arabia.

Saudi Arabia entered the war in 2015, heading a military collation with the United Arab Emirates and other Arab nations. The coalition, which was supported by the United States, carried out a destructive bombardment campaign and backs government forces and militias in the south.

Neither side has made territorial gains for years. The Houthis maintain their grip over the north, Sanaa, and much of the heavily populated west. The government and militias hold the south and east, including the key central areas with most of Yemen's oil reserves.

The war has bled beyond Yemen's borders, with the Houthis attacking Saudi Arabia and the UAE with ballistic missiles and explosive-laden drones. The rebels also attacked vessels in the Red Sea. They used weapons from the stockpiles they seized in Sanaa and weapons supplied by Iran, according to independent and UN experts and Western nations.

Saudi Arabia and the Houthis have held indirect negotiations in the past, mainly for prisoner swaps or sporadic cease-fires.

The most ambitious talks, in 2019, helped stop a government’s advance on the Houthi-held port of Hodeida on the Red Sea. But Saudi officials accused the rebels of using an undeclared truce to make territorial gains and advance on the prized, government-held city of Marib. A monthslong battle for Marib ensued, in which the Houthis suffered huge casualties and were eventually repelled in late 2021.

The UN brokered a more formal truce that began in April 2022 and was extended twice. It ran out in October. Houthi attacks on oil facilities in government-controlled areas have been the most significant disruption in recent months — but so far, the warring sides have not resumed full-fledged fighting.

"An escalation would be costly on all fronts," a Yemeni government official said. Still, "all are building up for the next round (of war) if UN efforts and the Saudi-Houthi talks collapse."

One problem is that past attempts at resolution have been hampered by the conflicting interests of the powers involved in the war — Saudi Arabia, the UAE and Iran, said Abdel-Bari Taher, a Yemeni commentator and former Journalists' Union head.

"These talks won't lead to concrete conclusions if they don't include all Yemeni parties in the process," Taher said.

"There is give and take with other parties," he said, in an apparent reference to Saudi Arabia.

The kingdom has developed a phased roadmap for a settlement, which has been backed by the US and the United Nations, said the UN official. In it, the coalition makes a number of key promises, including to further reopen the airport in Sanaa and ease a blockade on Hodeida, the official said.

The Houthis demand the coalition pay salaries of all state employees — including the military — from oil and gas revenues, as well as open all airports and ports under Houthi control. A Houthi official involved in the deliberations said the Saudis had promised to pay the salaries.

The Saudi diplomat, however, said paying military salaries is conditioned on the Houthis accepting security guarantees, including a buffer zone with Houthi-held areas along the Yemeni-Saudi border. The Houthis also should lift their blockade on Taiz, Yemen's third largest city, he said.

The Saudis also want the Houthis to commit to joining official talks with other Yemeni stakeholders, the diplomat said.

The Houthi official said his side has not accepted parts of the Saudi proposal, particularly the security guarantees, and refuses the resumption of oil exports from government-held areas without paying the salaries. The Houthis proposed a distribution of oil revenues according to a pre-war budget, the official said. That means Houthi-held areas receive up to 80% of the revenues since they are the most populated, according to the official.

The Saudi diplomat said both sides were working with Omani officials to develop the proposal to be "more satisfactory for all sides," including other Yemeni parties.

All of this has left the internationally recognised government without a voice, a Yemeni government official said. He said the government’s presidential council worries Saudi Arabia "might give unacceptable concessions" to reach a deal.

But the Yemen anti-Houthi alliance remains riven with internal divisions so there is little room to manoeuvre.

"We have no option but to wait and see the conclusion of these negotiations," the official said.