Displaced mother killed, family injured after missile attack strikes camp in northern Syria
MENA
2 min read
The New Arab Staff & Agencies
A displaced woman was killed and her husband and children injured after their home in the Kuwait Al-Rahma displacement camp was targeted in a missile attack. 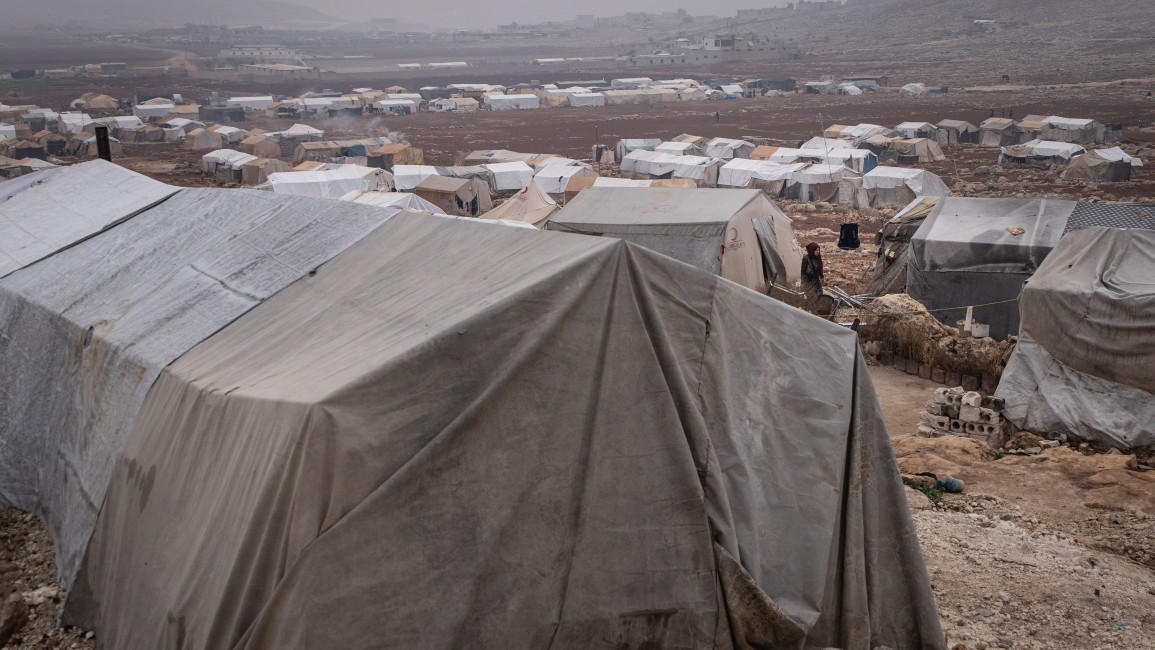 A displaced woman was killed and her husband and children were injured after their home at a camp for displaced people in northern Syria was hit in a missile attack.

The Kuwait Al-Rahma displacement camp in the countryside of Afrin was bombed in the early hours of Saturday morning from "areas controlled by regime forces and Syrian Democratic Forces", the Syrian Civil Defence, popularly known as the White Helmets, told The New Arab.

The youngest child is currently in critical condition following the attack, while their two elder siblings have been left with "psychological shock after seeing their mother dying before their eyes", the White Helmets said.

Scenes from our team's response to the attack on Kuwait al-Rahma camp near Afrin, north of #Aleppo, #Syria. The attack resulted in death of a woman and the injury of her child and her husband. Two of her children suffered psychological trauma. pic.twitter.com/bqkkjnT91y

"There was a state of panic at the camp and a number of families were displaced due to the direct targeting of the camp, and its repeated targeting during the last period," they added.

The Kuwait al-Rahma camp, inhabited by around 290 families forced to flee shelling by the Syrian regime and allied Russian forces, has been a target for attacks for over a year.

The camp has been hit five times this month alone, according to the White Helmets.

"These attacks continue without stopping, targeting Kuwait Al-Rahma camp and the cities of Afrin, Azaz, Al-Bab, and Jarablus, resulting in massacres," the humanitarian response group told The New Arab.

There are almost 1,500 camps in northern Syria inhabited by roughly 1.5 million internally displaced persons who left their homes over the course of the decade-long Syrian civil war.

More than 500,000 people have died as a result of the war, and over half of the country's pre-war population has been displaced.