Arabs outraged by 'western hypocrisy' over support for Ukrainian resistance, while Palestinians labelled 'terrorists'
MENA
2 min read
The New Arab Staff
Commentators across the world have called out hypocrisy in the West over calls for armed resistance in Ukraine. 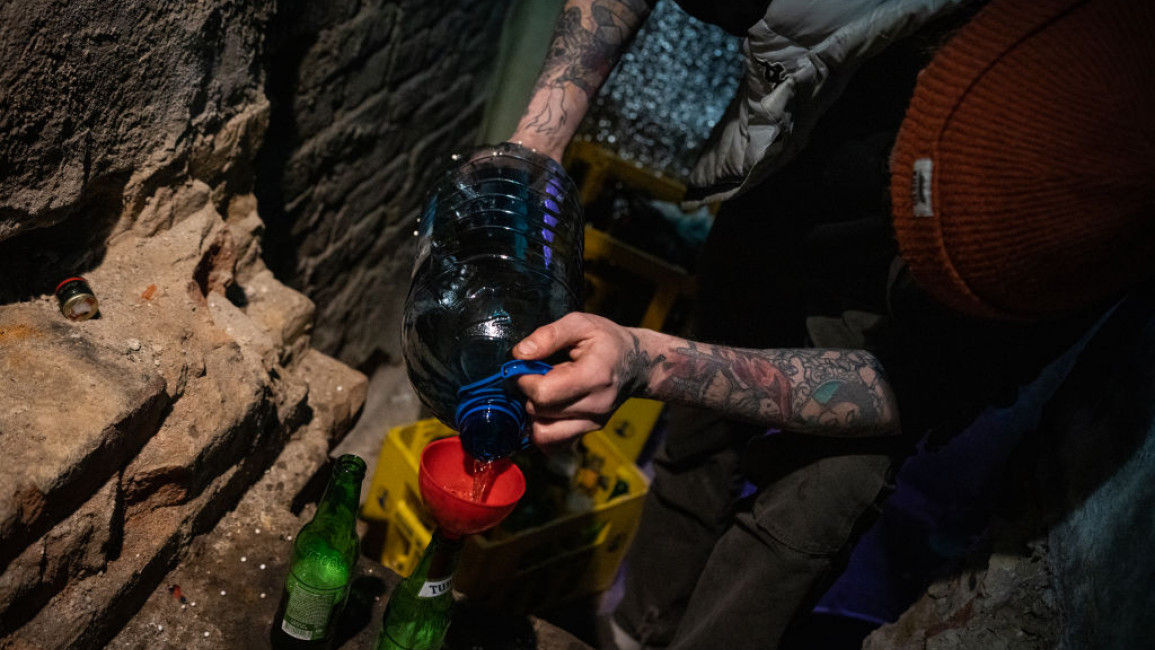 Activists and commentators have lamented the stark comparison between western support of Ukrainians arming themselves with Molotov cocktails against Russia compared to Palestinians resisting Israeli occupation.

Footage showing Ukrainians making Molotov cocktails has been broadcast on major western news outlets, such as Sky News, and celebrated by audiences in America and Europe as an act of defiance.

Pundits have questioned the support from some for Ukraine's act of resistance to the Russian invasion, while labelling such acts elsewhere in the world as "terrorism", including Palestinians in the occupied West Bank.

"Why are Ukrainians wielding Molotov Cocktails seen as heroes while this week Israeli forces shot dead a 14-year-old boy (they called him a terrorist) for throwing one at settlers who have illegally taken Palestinian land?" wrote James Zogby, founder of the Arab American Institute, on Twitter.

"The Ukrainians, of course, have the right to resist foreign invasion & occupation," he said.

“So too do countless (often non-white) peoples across the globe, who frankly don’t get anywhere near this kind of supportive, sympathetic, & humanizing coverage from our media in the West."

Officials from Russia and Ukraine have ended peace talks and will return to their respective capitals for further consultations before a second round of negotiationshttps://t.co/RBbyuk7fVJ

It followed a call from Ukraine’s ministry of defence for residents to arm themselves with improvised devices against the Russian invaders.

Her post received a mixed reaction, with some fans welcoming the solidarity with Ukraine.

Others continued to decry "double standards" in western reporting on the resistance to the Russian onslaught.

"It would be great to see just a little of that enthusiasm for the legitimacy of armed resistance extended to people who are not white," said American journalist Ben Ehrenreich in Tweet liked over 28,000 times.

Last week, a Palestinian teenager was shot dead by Israeli forces in the occupied West Bank, after cars were allegedly targeted with Molotov cocktails.

Israel has been repeatedly condemned by rights groups for systematically targeting Palestinians, and denying them the ability to access and enjoy basic freedoms due to the decades-long occupation of the West Bank and siege on Gaza.