Turkey jails outlawed PKK member extradited from Sweden
MENA
3 min read
The New Arab Staff & Agencies
Mahmut Tat asylum request was denied in Sweden. He was detained as soon as he landed in Istanbul on Friday night. He was sentenced to more than six years in jail. 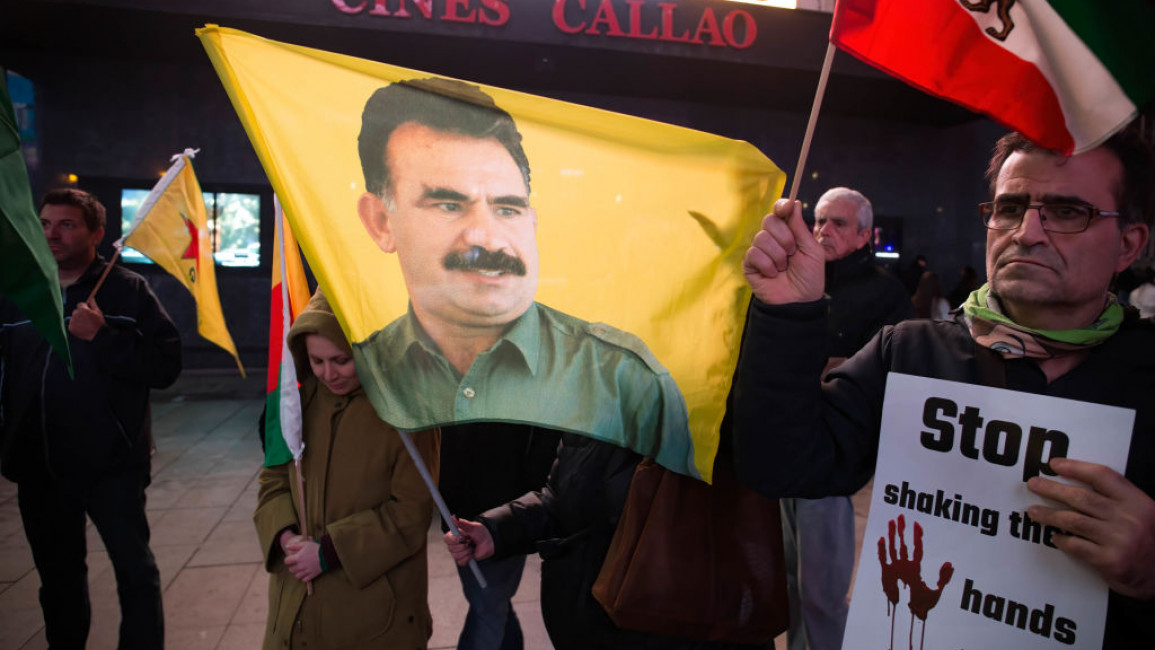 A Turkish court on Saturday jailed a convicted member of the outlawed Kurdistan Workers' Party (PKK) a day after Sweden extradited him, state media reported.

After Russia invaded Ukraine, Finland and Sweden in May dropped decades of military non-alignment and sought to join NATO.

That requires a consensus within the US-led defence alliance, but Turkey and Hungary have so far not ratified their membership.

Turkey has demanded the Nordic countries take a tougher stance on Kurdish groups it deems "terrorists" in exchange for its backing.

Mahmut Tat was sentenced to more than six years in jail over being a member of the PKK in Turkey. He fled to Sweden in 2015, but Stockholm rejected his asylum request.

Tat arrived in Istanbul on Friday night after Sweden detained and extradited him, the Anadolu news agency reported.

Turkish police arrested him soon after arriving at Istanbul airport and referred him to a court on Saturday, which sent him to jail, the news agency said.

Turkey has accused Finland and Sweden in particular of providing a safe haven for outlawed Kurdish groups it deems "terrorists", and held back on ratifying their NATO bids despite an agreement in Madrid in June.

Foreign Minister Mevlut Cavusoglu held trilateral talks with his Swedish and Finnish counterparts on the margins of a NATO meeting in Bucharest this week.

Civilians in the crossfire: Turkey's fight against the PKK

"The statements (coming out of Sweden) are good, the determination is good, but we need to see concrete steps," Cavusoglu said.

Ankara has said it expects Stockholm to take action on issues including the extradition of criminals and freezing of terror assets.

Swedish Migration Minister Maria Malmer Stenergard meanwhile stressed that Tat's extradition was a decision taken by the Scandinavian country's migration board and courts, and not by the government.

"This is an extradition case where an individual has had his asylum application rejected," Malmer Stenergard told Swedish broadcaster SVT, adding: "The government has no role in this process that concerns reviews of asylum applications".

"That means neither the government nor an individual cabinet minister can intervene or influence relevant authorities or courts in their handling of individual cases", she said.

Tat's former lawyer in Sweden criticised the decision to extradite him.

"It's awful. It isn't a matter just for him, it's a question primarily for Swedish democracy and human rights", lawyer Abdullah Deveci told Swedish news agency TT.

In 1984, the PKK took up arms for the creation of an independent state in predominantly Kurdish southeastern Turkey but it later scaled back its demands to greater Kurdish autonomy.

The conflict between the outlawed PKK and the Turkish state has claimed tens of thousands of lives.