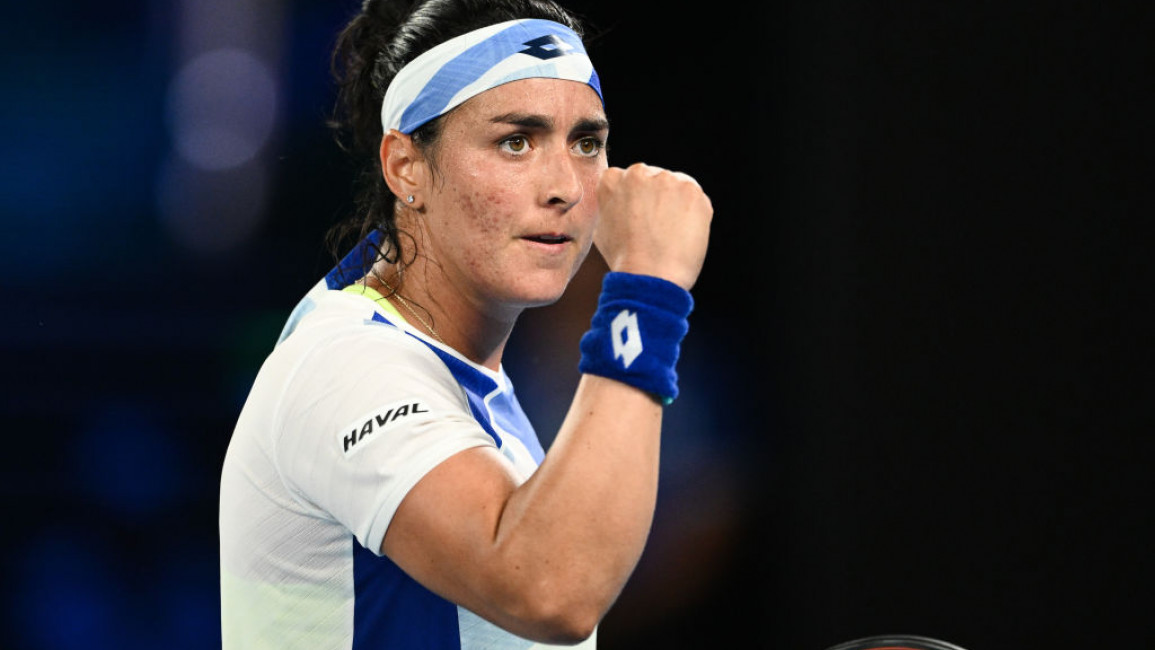 Second seed Ons Jabeur joked that her coach was "going to kill me" after her quest for a maiden Grand Slam title at the Australian Open began with a shaky three-set victory on Tuesday.

The Tunisian eventually saw off Tamara Zidansek 7-6 (10/8), 4-6, 6-1 in an unconvincing win littered with unforced errors.

Jabeur was runner-up at both Wimbledon and the US Open last year but had to grind past the Slovenian world number 98 under the roof on Rod Laver Arena in a 2hr 17min battle.

"It was a tough match honestly," Jabeur told reporters. "Just not the way I wanted to play. But I kept fighting."

Jabeur has set herself the twin targets in 2023 of becoming the first Arab and African woman to win one of the four tennis majors and toppling Iga Swiatek from the number one ranking.

But the 28-year-old, who had strapping on her left knee, suffered early nerves as she took to Melbourne Park's centre court for the night session on day two.

Jabeur dropped her opening service game but broke back straight away.

Further breaks were exchanged before the powerful Jabeur eventually outlasted the Slovenian 10-8 in an attritional tiebreak at the end of a first set that lasted 68 minutes.

Serving at 3-4 in the second, Jabeur was broken for a third time and Zidansek took advantage to level the match.

But after the extended interval between sets, Jabeur cleaned up her play, made fewer errors and sped away to victory.

"It was frustrating to lose the second set, but I think I got the time to think and talk to myself more," she said. "The third set was really great.

"I just tried to follow what my coach told me to do. I wasn't really doing that and he's going to kill me after the match," she joked.

Jabeur committed 49 unforced errors during her stuttering opening match, but only six came in her much-improved third set.

"I just tried to be more patient. It's a tough sport and you definitely don't want to play three sets here," she said.

In the end Jabeur did just enough to set up a second-round meeting with either Alison Riske-Amritraj of the United States or Czech Marketa Vondrousova in round two.

Jabeur, who missed last year's Australian Open with a back injury, won Madrid and Berlin trophies last year in a breakout season which propelled her to second in the rankings.

Jabeur reached her first Grand Slam quarter-final at Melbourne Park in 2020 and has now won 11 of her last 12 opening-round matches at majors, the only loss coming to 52nd-ranked Magda Linette at Roland Garros last year.