Syria Kurdish base hit by Turkish drone, two dead
MENA
3 min read
The New Arab Staff & Agencies
A Turkish drone struck a base in northeast Syria used by US-led forces in the country as it continues to target Kurdish militant groups. 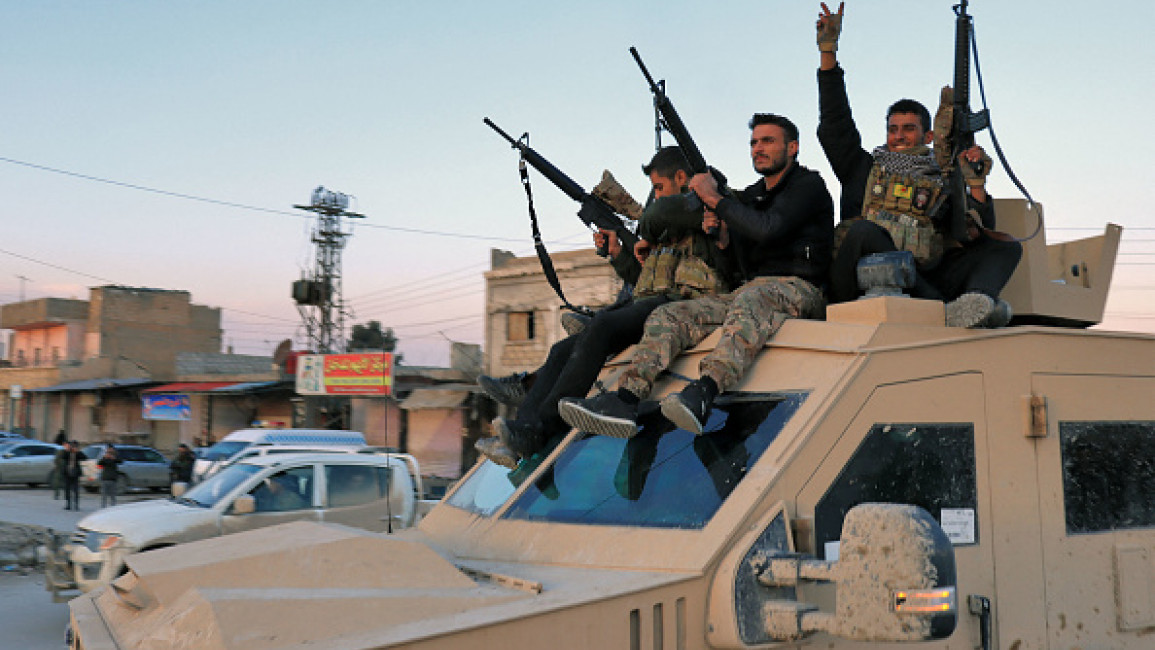 A Turkish drone strike Tuesday hit a base in northeast Syria used jointly by Kurdish forces and the US-led coalition, the Kurds and a war monitor said.

Two fighters of the Kurdish-led Syrian Democratic Forces were killed, an SDF spokesman said, but no US troops were there or in danger, according to the US Central Command.

"A joint base north of Hasakeh used for planning and executing joint operations against the Islamic State group has been hit by a Turkish drone," SDF spokesman Farhad Shami, told AFP.

A Britain-based monitoring group, the Syrian Observatory for Human Rights, confirmed that two SDF fighters had been killed.

US forces "were not in danger" during the strike, said the US military's Central Command.

"No strikes occurred at locations housing US personnel," Centcom said, adding that the closest strike hit about 20-30 kilometres (12-18 miles) away from US troops.

Centcom spokesman Colonel Joe Buccino said that "we oppose any military action that destabilises the situation in Syria."

"These actions threaten our shared goals, including the continued fight against ISIS to ensure the group can never resurge and threaten the region," he said, using an alternative acronym for IS.

Since Turkey launched a new air campaign against Kurdish rebel targets across Iraq and Syria on Sunday, it has come under massive pressure from Washington to hold off on a long-threatened ground operation into Syria.

Turkish President Recep Tayyip Erdogan has voiced growing defiance in the face of the US warnings, promising on Tuesday that the air campaign will be followed by a ground offensive "soon".

"We have been on top of terrorists for a few days with our planes, cannons and drones," Erdogan said in a televised address. "God willing, we will root out all of them soon with our tanks, artillery and soldiers."

Ankara blamed the attack on the outlawed Kurdistan Workers' Party (PKK), but the group, which is blacklisted as a terror group by the European Union and the United States, has denied that it was responsible.

In Syria, the principal target of the Turkish campaign is the Kurdish People's Protection Units (YPG), who dominate the SDF.

Washington forged a close alliance with the SDF during their successful campaign to oust IS from Syrian territory.

But Ankara regards it as a terror group linked to the PKK.

In a veiled reference to Washington Tuesday, Erdogan said his government knew "who protects, arms and encourages those terrorists".

"The road has come to an end for those who think they can keep Turkey waiting by playing with letters and changing the name of the terrorist organisation," he added.