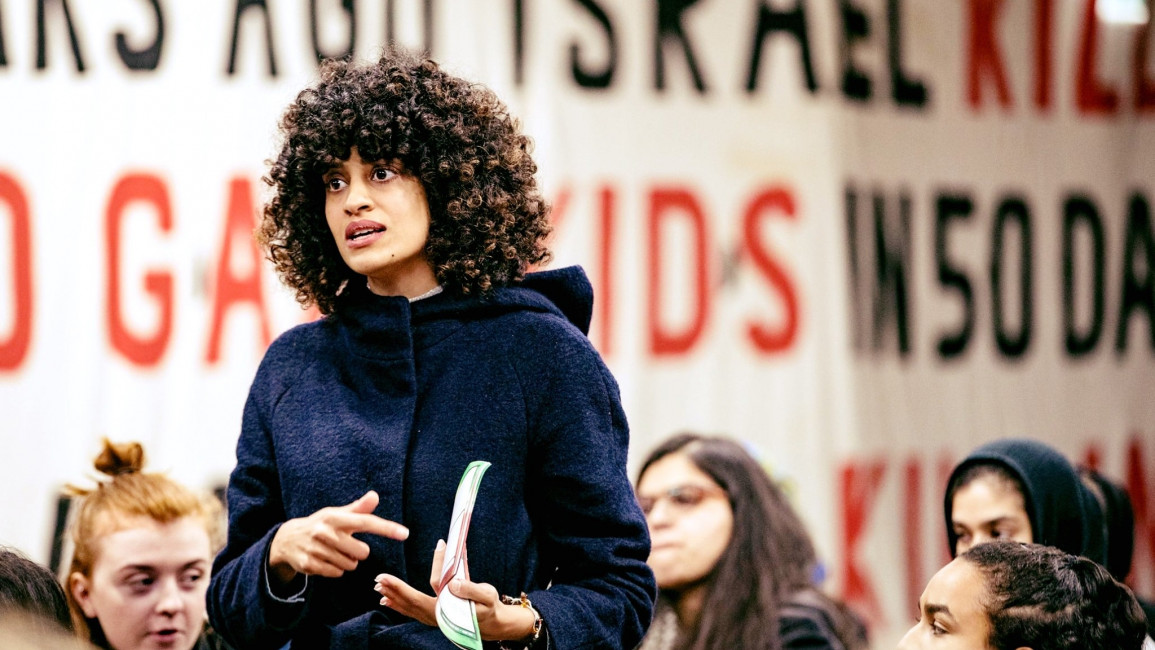 A UK-based Palestinian academic at Sheffield Hallam University has been reinstated in her teaching post, one week after she was suspended following a smear campaign by supporters of Israel.

Shahd Abusalama was suspended by the university when an anonymous complaint was made against her.

"I met with Sheffield Hallam HR today, accompanied by my @UCU representatives. The university admitted that there had been issues with the way my case has been dealt with and has reinstated my teaching with immediate effect," Abusalama wrote on Twitter.

Abusalama confirmed that she had still not seen the allegations made against her, nor has it been revealed who made them. Despite her position at the university being reinstated, an investigation against her continues.

I am reinstated, which shows how powerful our voices are when they are joined together. Yet, it's not over.

We need to continue to stand #InSupportOfShahd. Here's how 👇 #Thread

Abusalama urged her supporters and opponents of the Israeli occupation to continue to pressure the university and protest Sheffield Hallam’s adoption of the International Holocaust Remembrance Alliance (IHRA) definition of antisemitism.

“Demand that Sheffield Hallam University reviews its adoption of the IHRA definition of antisemitism that is designed to protect a racist settler-colonial state and distract from its crimes, and listen to the UCU and staff opposition,” the Palestinian activist wrote.

The adoption of the IHRA definition has become highly contentious, with it frequently being weaponised by Zionist groups to attack and silence pro-Palestine activists.

Abusalama has not yet accepted the university’s offer of reinstatement, and said that they must change their policies, so that in the future, academics are not subjected to attacks.

Amidst the solidarity rally opposite @hallamunion, we even remembered to send some love to the brave actress @EmmaWatson chanting SOLIDARITY IS A VERB. Thank u for continuing to speak up #InSupportOfShahd. They won't silence Palestine🇵🇸!https://t.co/SSK80KcQpy #IStandWithShahd

“I am a victim of cyberbullying and a victim of a malicious, politically motivated smear campaign that is trying to destroy my credibility and the truth of my lived experience under Israeli occupation,” Abusalama said.

“I need to continue this fight to ensure that a public apology is made recognizing the mental harm that has been inflicted, as well as the university’s inadequate policies that exist to protect its most vulnerable students.”

News the Abusalama had been suspended prompted anger and disappointment from student organisations in the UK.

An open letter in support of Abusalama was signed by over 140 student organisations.

“Sheffield Hallam University has now made itself an accomplice in the unrelenting targeting of Palestinian academics and students on UK campuses,” the letter read.

“This is undoubtedly a display of support for Israel’s settler-colonial regime, as you are responding to false accusations made by Israeli lobby groups rather than issuing a public statement in support of Shahd. Sheffield Hallam University is drowning in hypocrisy for allowing the situation to unfold like this, especially when you claim to be committed to fighting racial injustice,” the open letter continued.

Activists and supporters of Abusalama noted the similarities to case of David Miller, a professor at Bristol University, who was accused of anti-semitism and fired from his job.

Two independent investigations commissioned by Bristol University cleared Miller of any anti-Jewish bigotry, but he was never reinstated in his position.