Saudi Arabia hosts Yemen talks, focus on truce with absent Houthis
MENA
3 min read
The New Arab Staff & Agencies
Saudi Arabia has hosted talks aimed at securing a truce in the Yemen war, but without the presence of the rebel Houthi movement 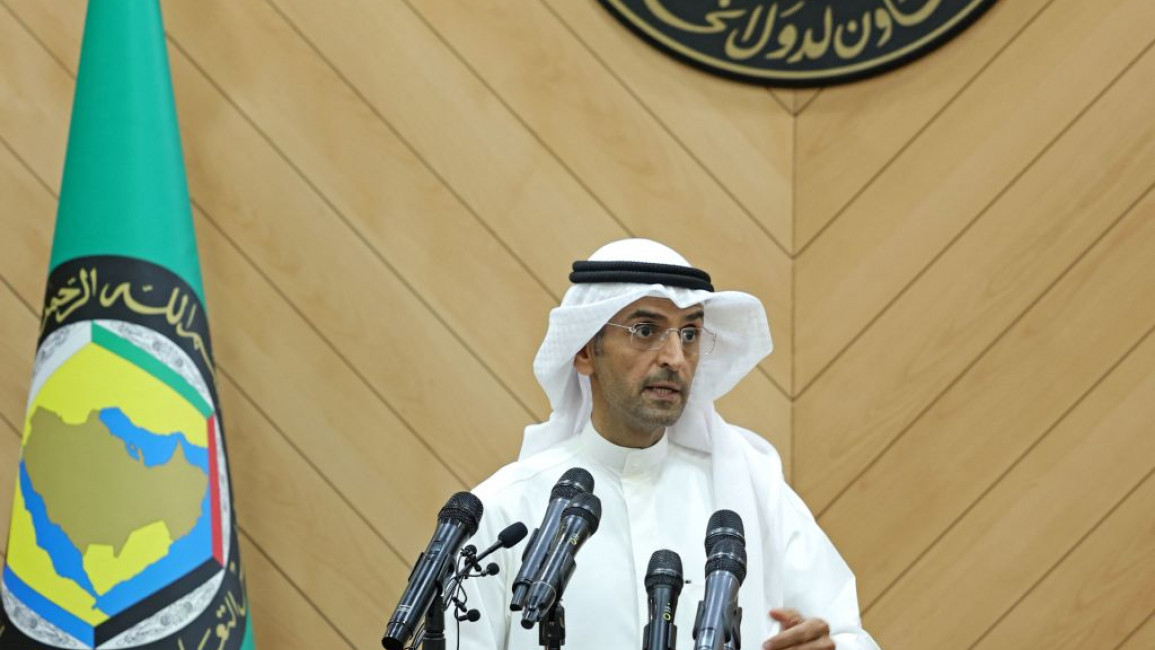 Saudi Arabia hosted its allies from Yemen's war on Tuesday as the UN tries to secure a truce aimed at allowing fuel ships and some flights into Houthi-held areas during the Muslim holy month of Ramadan, sources familiar with matter said.

The Iran-alligned Houthi movement fighting the military coalition led by Riyadh said it will not attend the talks, but in a statement it described the UN initiative as positive. Ramadan begins this weekend.

The plan drafted by UN special envoy for Yemen Hans Grundberg is also backed by the United States and other Western powers, the two sources said.

Grundberg's spokeswoman Ismini Palla declined to comment on details of the proposal, saying that the ceasefire was aimed at giving the Yemenis a much-needed break from violence.

"The Envoy continues his discussions with all sides and calls on all to engage constructively to reach urgently a truce," she said in a statement.

Riyadh's consultations are being held under the aegis of the Riyadh-based Gulf Cooperation Council and expected to take more than a week. The Houthis said they would only attend talks in a neutral country.

The proposal calls for a month-long ceasefire in exchange for allowing fuel ships to dock at Houthi-held Hodeidah port and a small number of commercial flights to operate from Sanaa airport, the sources said.

As of March 27, four fuel ships were waiting off Hodeidah port, including a tanker stuck in the coalition holding area for nearly three months, U.N. data showed. Easing the blockade would alleviate a dire humanitarian crisis in Yemen.

The Saudi government and the coalition, which intervened in Yemen in 2015 after the Houthis ousted the Saudi-backed government from the capital Sanaa, did not respond to requests for comment.

Yemen's war: Why GCC peace talks are doomed to fail

The UN and the United States have since last year been trying to secure a permanent truce but differences over sequencing have thwarted efforts to end the seven-year war that has killed tens of thousands of people and ravaged Yemen.

The Houthis want the Saudi-led coalition to lift restrictions on sea ports and Sanaa airport first while the alliance, which controls Yemen's seas and air space, wants a simultaneous deal.

The Houthis on Saturday announced a unilateral move to suspend cross border attacks and ground offensive operations in Yemen for three days.

In recent months, the group has intensified missile and drone strikes on Saudi oil facilities, causing a huge fire at fuel storage tanks on Friday. The coalition retaliated on Sunday with air strikes on Hodeidah and Sanaa, where eight people were killed including five women and two children.

Both sides are discussing a prisoner swap which could see hundreds of detainees freed, including 16 Saudis and a brother of Yemen's president.