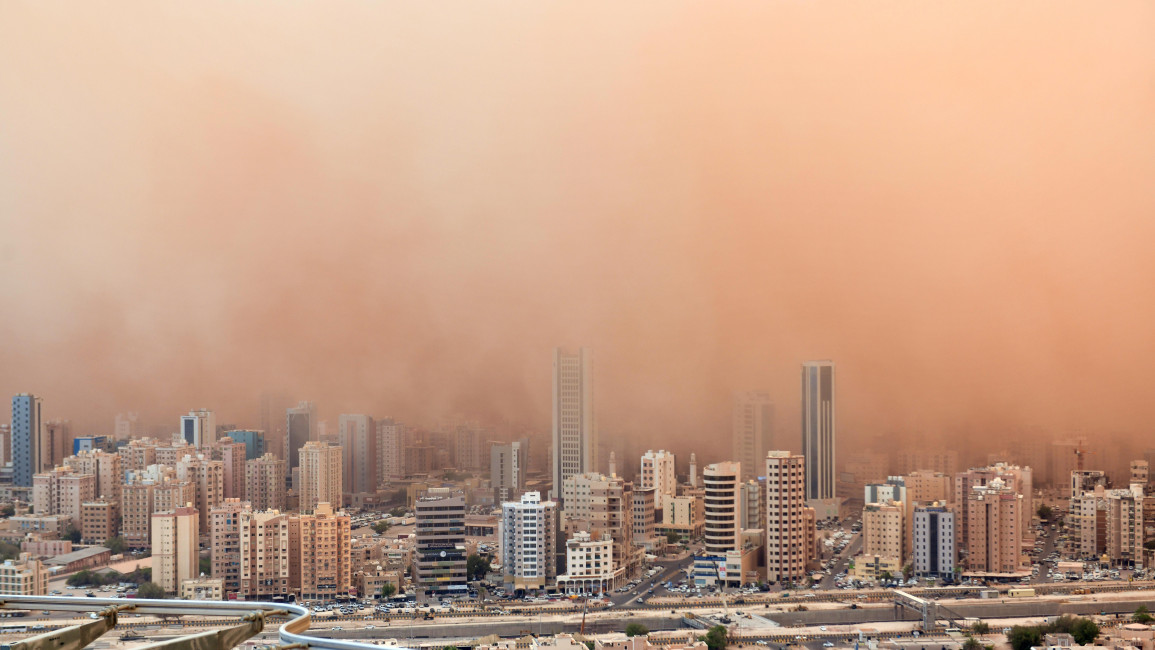 The latest in a series of sandstorms has torn through much of the Middle East in the last few days, sending thousands to hospital with breathing difficulties.

For the second time this month, Kuwait International Airport suspended all flights Monday because of the dust. Video showed largely empty streets with poor visibility. Flights resumed on Tuesday.

Saudi Arabia’s meteorological association reported that visibility would drop to zero on the roads in Riyadh, the capital, this week. Officials warned drivers to go slowly. Emergency rooms in the city were flooded with 1,285 patients this month complaining they couldn’t breathe properly.

Iran last week shut down schools and government offices in the capital of Tehran over a sandstorm that swept the country. It hit hardest in the nation’s southwest desert region of Khuzestan, where over 800 people sought treatment for breathing difficulties. Dozens of flights out of western Iran were canceled or delayed.

In Syria, sandstorms wreaked damage on camps in the Raqqa area in the country's north, with a number of camp residents taken to hospital because of breathing difficulties, North Press Agency reported.

The Middle East's sandstorms are becoming more frequent and intense, a trend associated with overgrazing and deforestation, overuse of river water and more dams.

The Iraq Report: Iraq is facing an ecological disaster

Iraq has been particularly hard hit by the storms, with thousands of people hospitalised by the barrage of sand storms this spring.

“Its a region-wide issue but each country has a different degree of vulnerability and weakness,” Jaafar Jotheri, a geoarchaeologist at the University of Al-Qadisiyah in Baghdad told AFP.

In Iraq, desertification exacerbated by record-low rainfall is adding to the intensity of storms, Jotheri said.

“Because of 17 years of mismanagement of water and urbanisation, Iraq lost more than two thirds of its green cover,” he said. “That is why Iraqis are complaining more than their neighbors about the sandstorms in their areas.”

Iraq's meteorological society forecast "rising dust" in parts of the country until the weekend.

Last week, the world's tallest building - the Burj Khalifa, in Dubai - vanished behind a layer of dust because of a sandstorm.