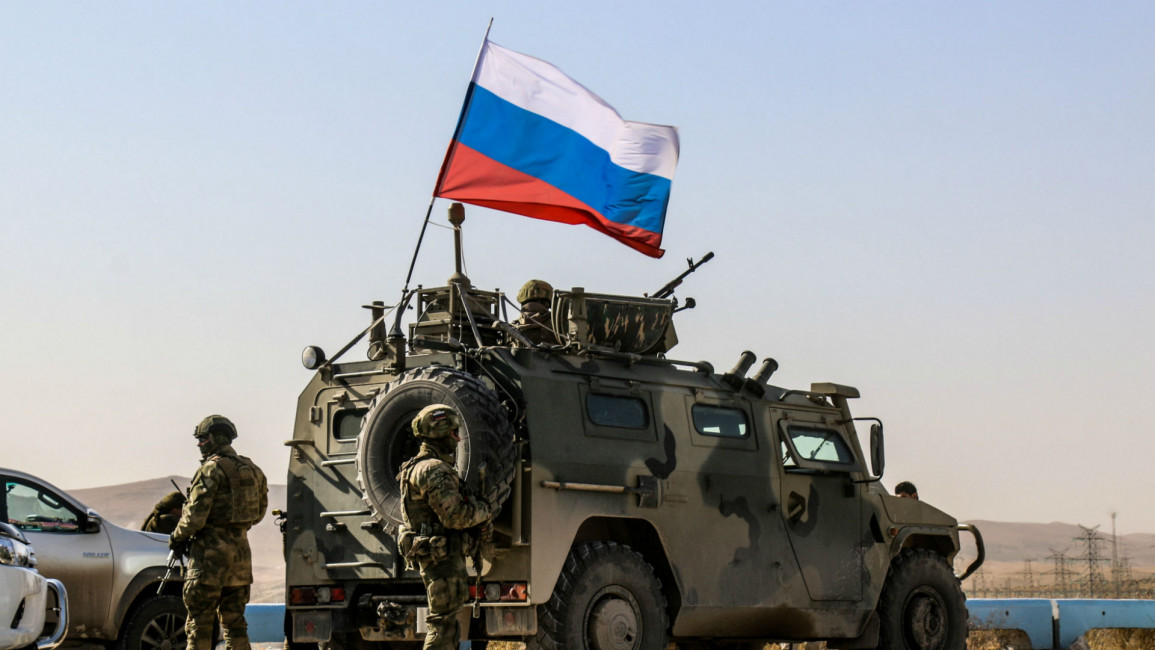 Sickening video footage allegedly showing Russian mercenaries torturing and beheading a Syrian refugee has been re-emerged, after parts of the film were leaked in 2017 showing the victim being beaten with a sledgehammer.

The video was posted in full last week on Russian social media site VK from a private account linked to the Wagner Group, a shadowy Russian mercenary outfit that operates in Syria among other Middle Eastern countries.

Open-source intelligence geolocated the footage to Al-Shaer oil fields in Homs, central Syria, according to The Telegraph.

The video shows Russian-speaking fighters striking the man with a sledgehammer before decapitating him and lynching his body, Orient News reported.

He was set then on fire after being doused in petrol.

"So, will we play football today?", one of the fighters asks as he kicks the decapitated head.

"Don't worry, no one would watch this video," another mercenary said, according to Orient News.

The New Arab published a story in 2017 showing the victim being beaten with a hammer and was located to Homs province.

The victim in the video was reportedly named Muhammad "Hamadi" Abdullah al-Ismail, 32, from Deir az-Zour at the time.

He had fled Syria's war and reportedly sought refuge in Lebanon for a number of years before returning to Syria last year, where he was detained by regime forces and forcibly conscripted.

In the video, the alleged Russian mercenaries accuse Ismail of attempting to flee his post, with one heard saying "this will happen to every Isis fighter".

They also cut off his arms.

Moscow intervened in the Syrian war in September 2015 with a series of airstrikes, after rebels won a series of victories against Assad forces.

Wagner is estimated to have as many as 2,500 men in Syria, but the Russian government does not officially recognise the group's existence.

The group hit the headlines in 2018 after an assault on a US military position in northeast Syria, resulting in an estimated 300 Russian casualties.

The mercenary group is largely made up of retired Russian soldiers and is thought to have waged secret military operations in Ukraine and the Central African Republic.

Fighters from the group have reportedly been deployed in especially tough conflict scenarios and to fight alongside Syrian regime troops.