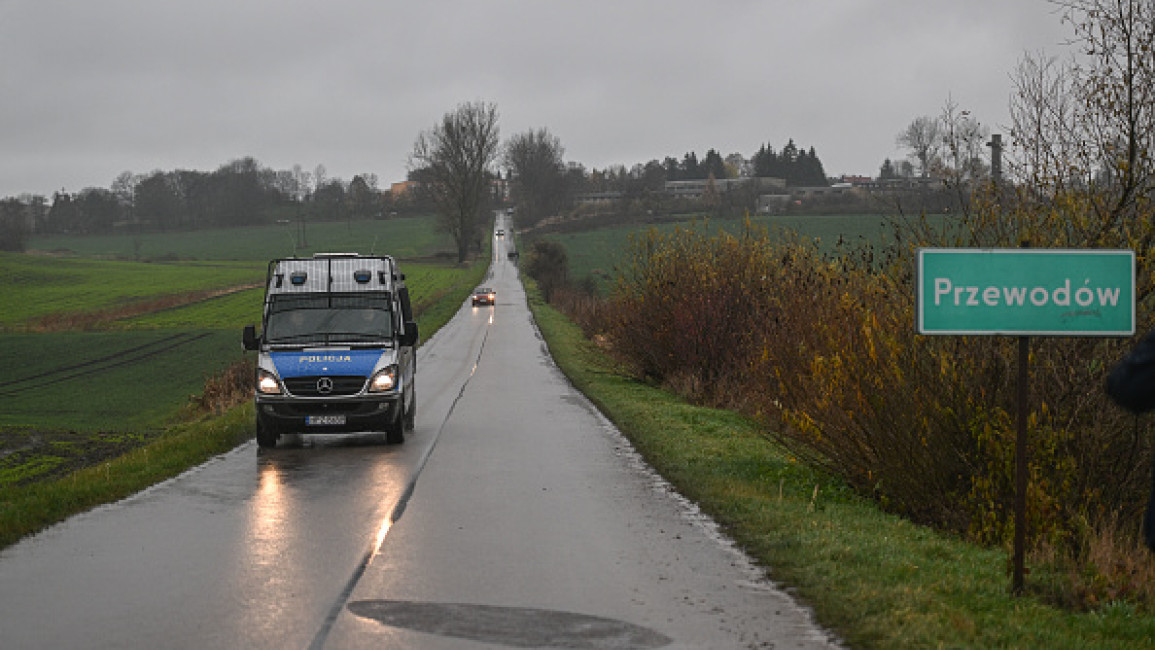 Russia said an explosion in Poland on Tuesday had been caused by a Ukrainian air defence missile, and that Russian strikes in Ukraine had been no closer than 35 km (22 miles) from the Polish border.

Moscow said on Wednesday it had nothing to do with the blast, which killed two people. The Kremlin accused some Western countries, especially Poland, of reacting "hysterically" to the incident, but said the United States and President Joe Biden had shown restraint.

"The photos published in the evening of November 15 in Poland of the wreckage found in the village of Przewodow are unequivocally identified by Russian defence industry specialists as elements of an anti-aircraft guided missile of the S-300 air defence system of the Ukrainian air force," the Russian defence ministry said in a statement.

It was not possible to independently verify the images or the identification.

BREAKING - Radio Zet: Two stray rockets fell in the town of Przewodów in Poland on the border with Ukraine. They hit the grain dryers. Two people died. The police, the prosecutor's office and the army are on site. https://t.co/WhAoxH7YQc pic.twitter.com/9VhnoZwl81

Przewodów, Hrubieszow
These are 100% Ukrainian casings of the S300 missiles, with which the Ukrainians tried to knock down the Kalibr missiles
The S300 has a range of up to 200 km

Russia is 1,000 km away and could not use these missiles. pic.twitter.com/YOrei3k9Ib

Kremlin spokesman Dmitry Peskov said a number of countries had made "baseless statements" about Russia's involvement "without having any idea of what had happened."

"We have witnessed another hysterical, frenzied Russophobic reaction, which was not based on any real data," Peskov told reporters.

"Such a frenzied reaction shows that there is never a need to rush to judgement, with statements that can escalate the situation. Especially at such crucial moments," he said.

Peskov said Biden had shown "restraint" in his response to the blast. In his first comments on the incident, Biden said early assessments showed it was unlikely the missile had been fired from Russia.

"Once again, I want to invite you to pay attention to the rather restrained reaction of the Americans, which contrasted with the absolutely hysterical reaction of the Polish side and a number of other countries," Peskov said.

"Why did this happen? You should probably put questions to Warsaw and ask Polish officials to be more restrained, more balanced and professional when they talk about such sensitive and potentially dangerous topics."

A NATO source said Biden had informed Group of Seven and NATO partners that the blast in Poland had been caused by a Ukrainian air defence missile.

Asked whether officials from Russia, the United States and NATO and had spoken overnight through an emergency hotline designed to prevent a nuclear escalation, Peskov said he was not aware of any calls having taken place.

NATO member Poland's president said earlier that Warsaw had no concrete evidence to determine who fired the missile that struck a Polish grain facility some 6 km (4 miles) inside the border with Ukraine.

Russia's defence ministry also said it had not targeted Kyiv during yesterday's widespread strikes. Reuters journalists in the city reported missile strikes, including on residential buildings, and power outages across the city on Tuesday in some of the heaviest attacks in the nine-month conflict.