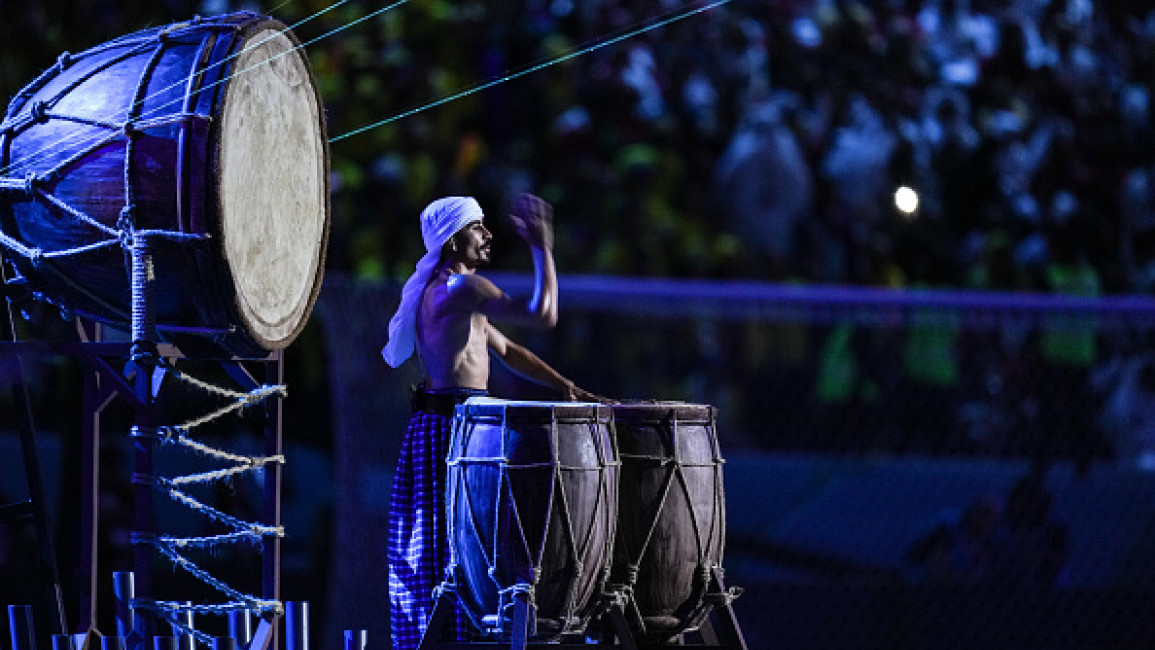 Music from around the Arab world and regional solidarity were at the forefront of yesterday's glamorous opening ceremony to kick off the Qatar World Cup.

Voices from the last 70 years, from the world-famous Egyptian icon Umm Kulthoum to young Qatari rappers, were brought together with messages of solidarity and unity across a divided Arab world.

Different styles, new technologies and rhythmic fusions showcased the very best of Arabic talent in a star-studded whirlwind performance - against a backdrop of fireworks, dancers and stunning lights.

Amid extensive critical media coverage, however, football fans in Britain missed out on the festival of pan-Arabic culture - as the BBC chose to boycott the opening ceremony.

Real and brought to life

Holograms of Umm Kulthoum and Feyrouz drew gasps from the crowd as they came to life on the pitch, singing classic songs known throughout the Middle East and North Africa.

Known for her hour-long songs holding audiences in rapture, Umm Kulthoum’s hologram appeared for less than a minute before the show whisked on.

Feyrouz, the legendary Lebanese nightingale, appeared towering above the stands singing "We will return one day" - a heart-rending song of longing for home written by Palestinian poet Haroun Hashem Rashid.

Snippets of songs by the late Abdelhalim Hafez - the Lebanese Druze singer who rode to fame in Egypt - and Warda al-Jazairia, the beloved Algerian soprano - were also featured at the ceremony.

Moving through the decades, Algerian funk legend Cheb Khaled appeared in the flesh to wow the crowd in Qatar as he performed at the centre of the stadium.

Many anthems, one song

In a stripped-back feature of the ceremony, three young Arab singers performed a medley of national anthems from across the Arabic-speaking world.

Both Algerian and Iraqi anthems were featured, referencing anti-colonial struggles during the first years of self-determination having overthrown the rule of the French and British empires.

The Palestinian revolutionary anthem Fida'i, written by Said al-Muzayin - also known as Fata Al Thawra, the "boy of the revolution" - was greeted by cheers around the stadium as the Palestinian flag was projected onto the pitch.

The tournament's opening ceremony looked to themes of unity and harmony, in a joyful celebration of Arab music and culture, setting the stage for an intensely competitive few weeks as all 32 countries compete for football's top prize.