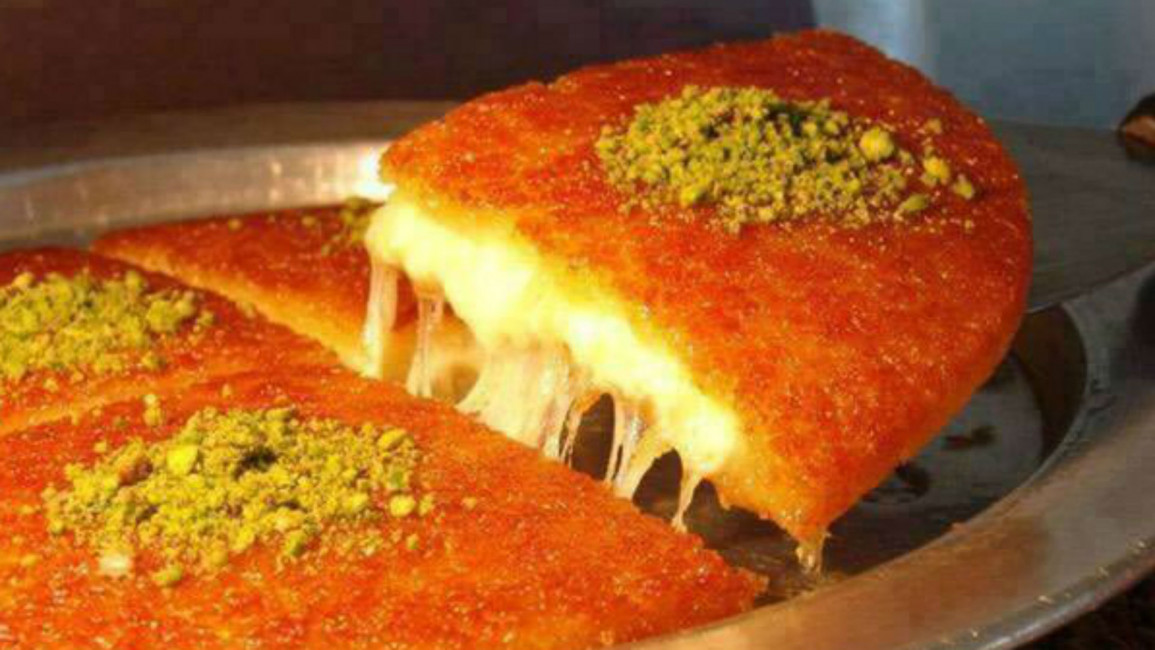 Imagine your knafeh smothered with chilli flakes and oregano. That's the latest offering by Pizza Hut Israel, which has been slammed for "appropriating" Palestinian cuisine with their new "tasteless" pizza, supposedly based on the traditional pan-Arab dessert.

Knafeh, a unique cheese-based sweet delicacy, is a ubiquitous presence in Palestinian bakeries from Jaffa to Nablus.

Each Palestinian city has a different take on the dish - combining sugar syrup, pistachios, cheese and pastry in different ways to please local palettes.

The Pizza Hut Israel version, however, is unlike any of them with a thick doughy pizza base and "tasteless" mozzarella, with optional extras of oregano, chili flakes, and garlic powder.

"Pizza Hut recognized the unrealized potential of this irresistible Middle Eastern food, and decided to make its own version," said the fast food outlet in a press release heralding its questionable new offering.

Two places that claim to be the culinary genesis of knafeh - Nablus in the West Bank, and Majdal Shams in the Syrian Golan Heights - are occupied by Israel in violation of international law.

The famous Al-Aqsa knafeh shop, near the entrance to the Old City of Nablus, bears witness to near-daily raids by Israeli forces on Palestinian homes.

Pizza Hut Israel has 91 outlets across the country and has previously insulted Palestinians with offensive advertising campaign.

Palestine on a plate: The (food) fight for existence

"Barghouti, if you are going to break your [hunger] strike, isn't pizza the better choice?" the post said mocking the prisoner, with a pizza box seemingly photoshopped into the picture.

The Boycott, Divestment and Sanctions (BDS) movement has called for a boycott of the chain ever since.