Palestinian workers strike as UNRWA squeeze hits salaries
MENA
2 min read
The New Arab Staff & Agencies
Palestinian workers have gone on strike to demand a pay increase from UNRWA, as the UN agency faces one of its worst funding crises in history. 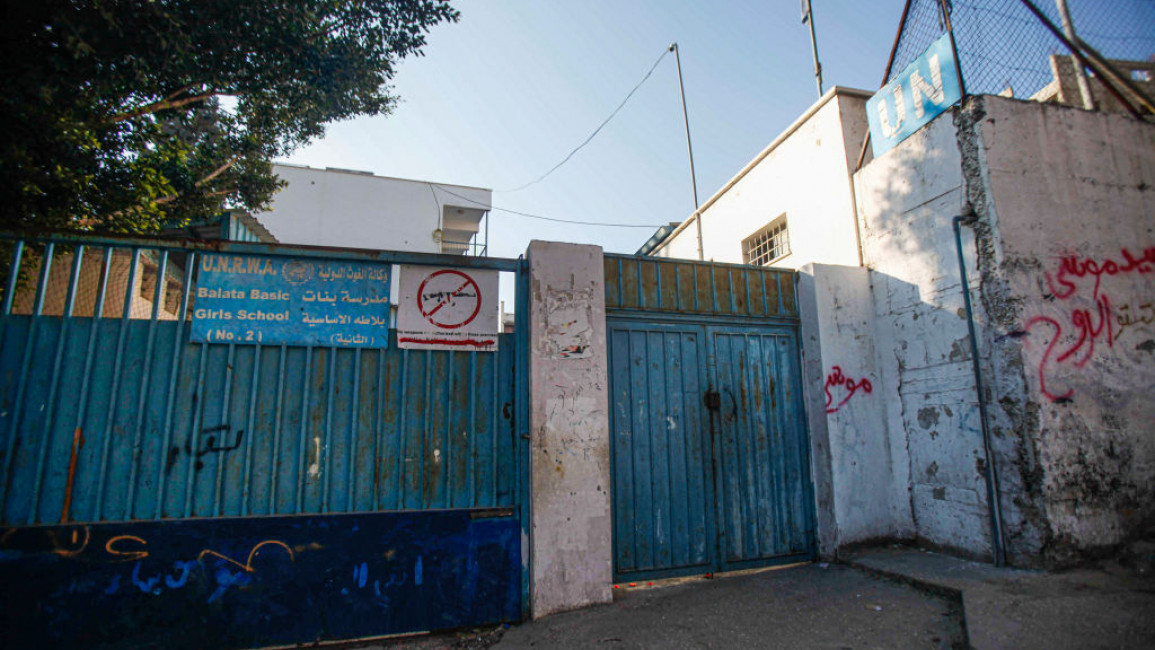 Schools, clinics and some municipal services in the West Bank were closed on Wednesday as workers went on strike for a third day amid an escalating funding squeeze on the United Nations agency that pays their wages.

Around 3,700 workers in the West Bank joined the strike, demanding an across-the-board pay increase of 200 Jordanian dinars ($281.81) a month from the United Nations Relief and Works Agency (UNRWA).

"The strike will go on until UNWRA accepts our demands," said Jamal Abdullah, head of the union representing workers paid by the agency in the West Bank.

On Tuesday, UNRWA appealed for $1.6 billion in funding for schools, healthcare and aid in Gaza, the West Bank, Jordan, Syria and Lebanon, where most Palestinian refugees or their descendants live.

With donations to the agency hit by crises across the world, compounded by inflation and supply chain disruptions, there was no immediate prospect of relief.

"All indications point out that it is going to be a difficult year," said Adnan Abu Hasna, spokesman of the United Nations Relief and Works Agency (UNRWA) in Gaza City.

With health clinics closed, some 50,000 school students shut out of their classrooms, and rubbish piled up in the streets on Wednesday, the strike added to the daily struggle faced by people in deprived areas of the West Bank.

"Cleaners aren't working, so garbage and dirt are piling up next to houses and stores," said Hussein Zaid, a resident of Jalazone camp outside Ramallah, where UNWRA supports a health centre and two schools. "If you go into the camp, you will not be able to pass because of the dirt and garbage."

In Gaza, the Israel-besieged southern coastal strip run by Hamas, there was only one brief stoppage this week but pressure mounted for humanitarian supplies that many refugees depend on for food.

Nahed Abu Amira, 63, who said his 24-member family depended entirely on UNWRA aid to survive, said cooking oil and flour allocations in the aid packages they received had become smaller in recent months as food prices have surged globally.

"I am afraid UNRWA may suspend the food aid; if that happens our households would be ruined, and we won't be able to eat or drink," he said.

(Reuters and The New Arab Staff)