Palestinian human rights groups condemn far-right Israeli lawmaker Smotrich's statements
MENA
3 min read
Qassam Muaddi
West Bank
"Smotrich's declarations confirm to us that we are doing the right thing, and we will continue our efforts to advocate for human rights in Palestine," said a senior researcher at Al-Haq. 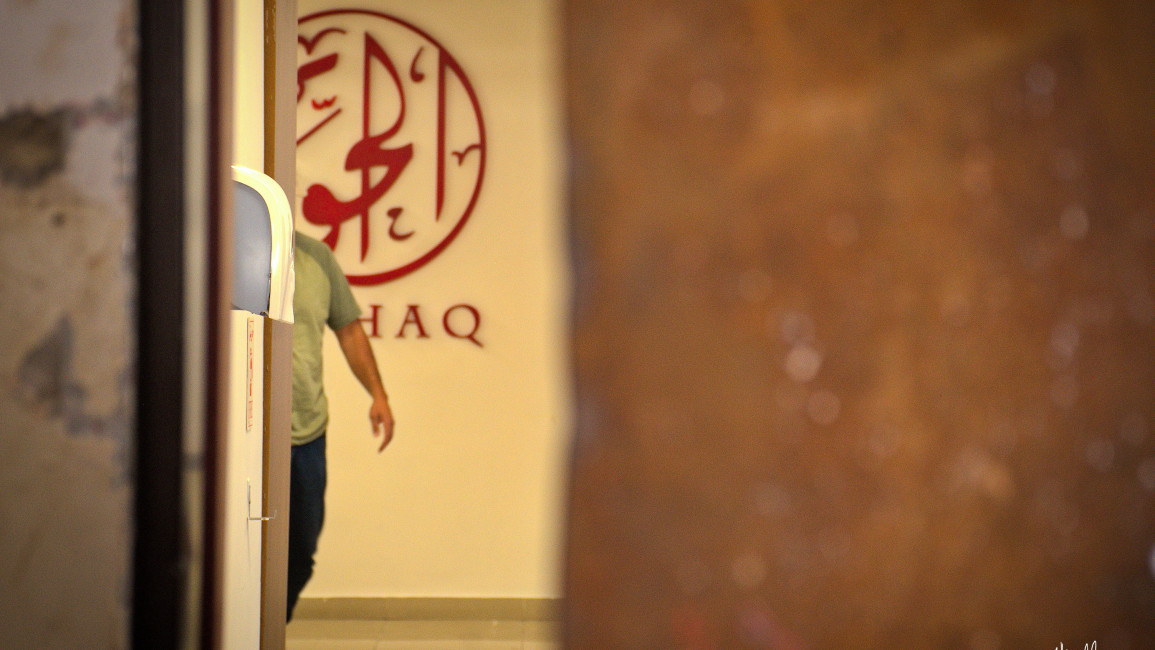 Israel needs "a serious reflection on the fabric of its society”, said the spokesperson of a Palestinian human rights group on Tuesday, in response to the declarations made on Monday, by the Israeli lawmaker Bezalel Smotrich.

Smotrich, who has recently been re-elected into office on behalf of the religious Zionism party in coalition with Benyamin Netanyahu's Likud, said on Monday that the coming Israeli government "will have to take action" against Palestinian human rights groups, calling them "an existential threat".

"If Israel feels its existence threatened by human rights defenders, then this is a clear indication of the need for a serious reflection on the fabric of Israeli society," Wesam Ahmed, senior researcher at Al-Haq, one of the Palestinian human rights groups labelled as 'terrorist' by Israel a year ago, said to The New Arab.

"Smotrich's declarations confirm to us that we are doing the right thing, and we will continue our efforts to advocate for human rights in Palestine," added Ahmed.

"'If we knew how to identify them in the early stages we would handle them in a much more effective way,' says far-right lawmaker Bezalel Smotrich"

Smotrich, who is known for his xenophobic and fundamentalist positions against Palestinians, has been demanding the defence ministry in the Israeli right-wing coalition talks.

"Israel is pursuing a state policy against human rights groups regardless of who is in charge of defence or security," Khaled Quzmar, director of Defense of Children International - Palestine, another human rights group labelled as a 'terrorist' by Israel last year, told TNA.

"During the last Israeli government, there was no consensus between Israeli ministers on the policy towards Palestinian human rights groups," said Quzmar. "Yet, we lived through the most difficult times during those years, because it's a state policy."

Shortly after the Israeli government declared six Palestinian NGOs as 'terrorists', including three human rights groups, the Israeli military commander in the West Bank issued an order banning all six NGOs, effectively putting their workers at risk of arrest.

In August, the Israeli army raided, during the night, the premises of the six organisations in Ramallah, in addition to a seventh, the Health Work Committees. Israeli soldiers searched the offices and confiscated material, before sealing their entrances with steel plates. Local Palestinians removed the steel plates and reopened the entrances before dawn.

🚨 Op-Ed by Al-Haq's G.D. Shawan Jabarin: "Palestinian organizations are part of the global human rights movement... guided by the universality of human rights principles. We will not follow military orders that violate these global standards & principles" #StandWithThe6 https://t.co/7YQPUQibsc

The two UN rapporteurs said, "Israel uses anti-terrorism laws and military orders to restrict and criminalize legitimate legal and humanitarian work, as a tool to control and suppress the Palestinian population."

The UN rapporteurs' statement came after Israeli forces raided the house of Issa Amro, a human rights activist in Hebron's old city, and declared it a 'closed military area'.