Pakistan deporting hundreds of refugees back to Taliban-ruled Afghanistan

Pakistan deporting hundreds of refugees back to Taliban-ruled Afghanistan
World
2 min read
The New Arab Staff
Pakistan has deported more than 600 Afghans over the past few days, and is expected to expel another 800 imminently. 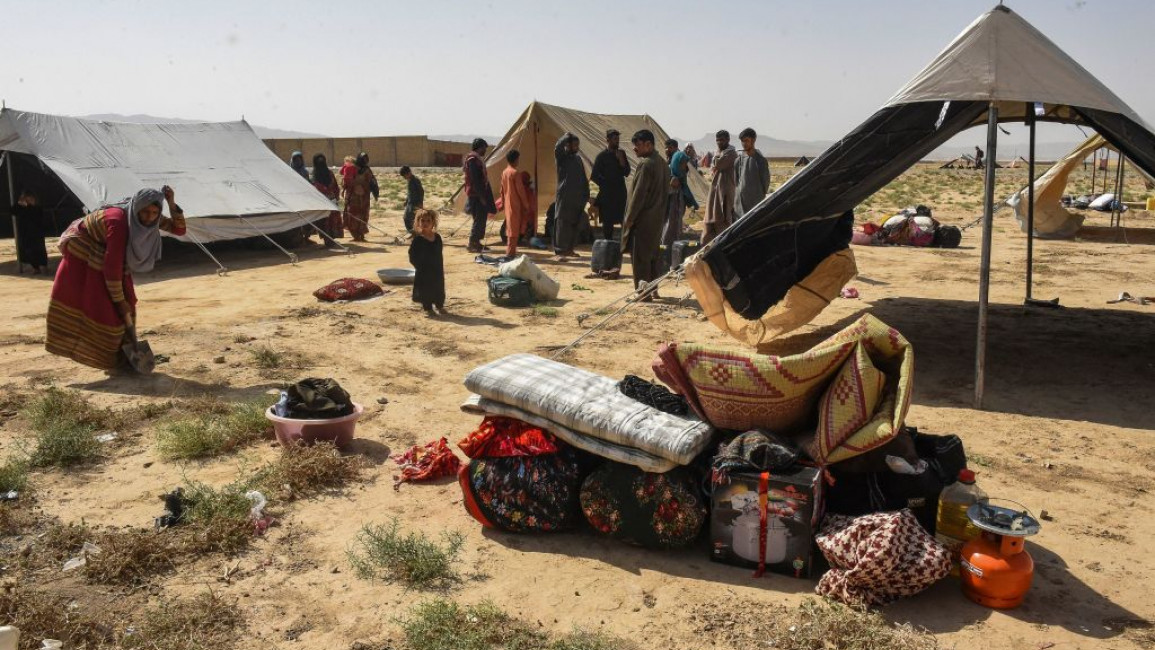 Pakistan has deported more than 600 Afghan refugees over the past three days, in a crackdown by authorities on migrants in the country.

Around 302 people were returned to Afghanistan from Sindh province on Saturday and a further 303 on Monday, including 63 women and 71 children, according to The Guardian.

Authorities are expected to deport another 800 over the next few days.

'We can't forget about #Afghan refugees - those in the UK and abroad.'

After a recent trip to Pakistan, UNHCR Goodwill Ambassador @davemorrissey64 reminds us that the Afghan people still need our help and support 👉 https://t.co/flKAfPWyUZ pic.twitter.com/t1O5Y5k5UA

Around 250,000 Afghans crossed the border into Pakistan after the Taliban seized power in Kabul in August 2021.

Pakistan is not a signatory to the 1951 UN Refugee Convention, which places legal responsibility on states to protect refugees and asylum seekers fleeing violence.

Pakistani authorities began deporting Afghans for the irregular crossing of the border last summer, but detentions have risen since October. According to lawyers, around 1,400 Afghans - including 129 women and 178 children - have been arrested in the cities of Karachi and Hyderabad alone, which are the largest number of arrests so far in Pakistan.

Many of those detained had residence cards or valid visas on their passports, according to Moniza Kakar, a Karachi-based human rights lawyer, but were arrested anyway, reported the British daily.

The Taliban's return to power, more than a year ago, has led to an increased climate of repression and fear in Afghanistan, forcing hundreds of thousands to flee the country. The militant group has enacted increasingly discriminatory and repressive laws, in particular targeting women by preventing girls from attending school or higher education institutions.

The group has also re-introduced brutal corporal punishment, including public flogging and executions.

Constant violence and instability in Afghanistan since the 1980s have forced millions to flee to neighbouring Pakistan, which hosts the fourth largest number of refugees in the world, according to the UNHCR, amounting to around 1.5 million refugees.