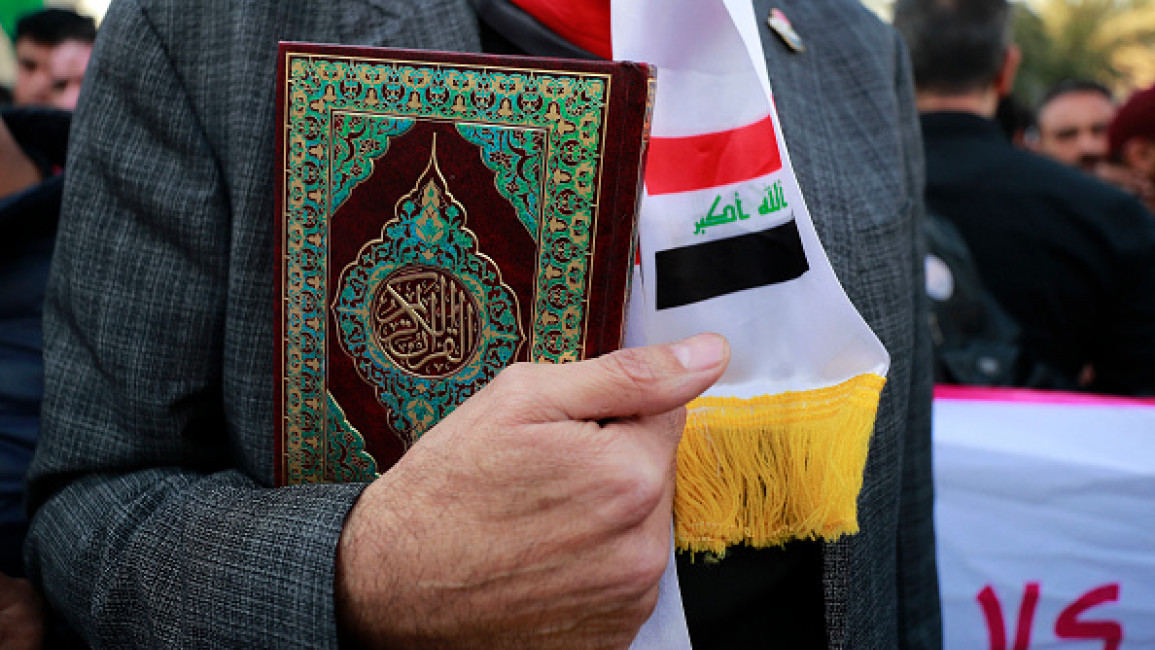 Muslim-majority states and international Islamic organisations resoundingly condemned the burning of a Quran by a Swedish-Danish far-right extremist in Sweden's capital on Saturday.

Swedish authorities had granted Hard Line Party leader Rasmus Paludan permission to torch the holy book, which was done outside Turkey's embassy in Stockholm under police escort after riots erupted following an earlier attempt in 2021.

The move was condemned by many Muslim and non-Muslim citizens in the Nordic country.

Saudi Arabia's foreign ministry responded by issuing a statement underlining its commitment to "spreading the values of dialogue, tolerance and coexistence, and rejecting hatred and extremism".

Egypt's foreign ministry issued a harsher statement, slamming the burning as a "disgraceful act [that] provokes the feelings of hundreds of millions of Muslims around the world".

In a similar statement, Qatar's foreign ministry said: "This heinous incident is an act of incitement and a serious provocation to the feelings of more than two billion Muslims in the world."

Egypt's Al-Azhar, which is considered Sunni Islam's highest seat of learning, described the burning as "shameful" and called for the establishment of international laws to ensure Muslims are free to practice their religion.

The Organization of Islamic Cooperation (OIC) urged Sweden to prosecute the perpetrator, while the Qatar-based International Union for Muslim Scholars (IUMS) encouraged Muslim states to demand apologies from Sweden's ambassadors.

Responding to the outrage on Saturday, Swedish Prime Minister Ulf Kristersson tweeted that freedom of expression was crucial to democracy, but added that "what is legal is not necessarily appropriate".

"Burning books that are holy to many is a deeply disrespectful act. I want to express my sympathy for all Muslims who are offended by what has happened in Stockholm today," Kristersson said.

Turkish President Recep Tayyip Erdogan did not comment on the issue in speeches over the weekend.

Ankara said it had warned Sweden against allowing the Quran burning to take place, cancelling an upcoming visit by Swedish Defence Minister Pal Jonson in response to the act.

The Quran burning has inflamed tensions between Stockholm and Ankara, who have already been at loggerheads over Sweden's bid to join NATO. Turkey has not yet ratified Sweden and Finland's memberships in the military alliance, saying Stockholm needs to address Ankara's security concerns first.

Earlier in January, Erdogan demanded that the Nordic states deport or extradite up to 130 "terrorists" to Turkey before its parliament approved their NATO bids, following Russia's invasion of Ukraine.

Turkey has said Sweden, in particular, must first take a clearer stance against what it sees as terrorists, mainly Kurdish militants and a group it blames for a 2016 coup attempt.