Musk tells jury Saudi sovereign wealth fund was serious about helping him take Tesla private at $420 a share
Economy
3 min read
The New Arab Staff & Agencies
Elon Musk testified that Saudi Arabia's sovereign wealth fund was 'unequivocally, without question' supportive of his project, adding that the head of the fund told him that the crown prince of Saudi Arabia was also on board. 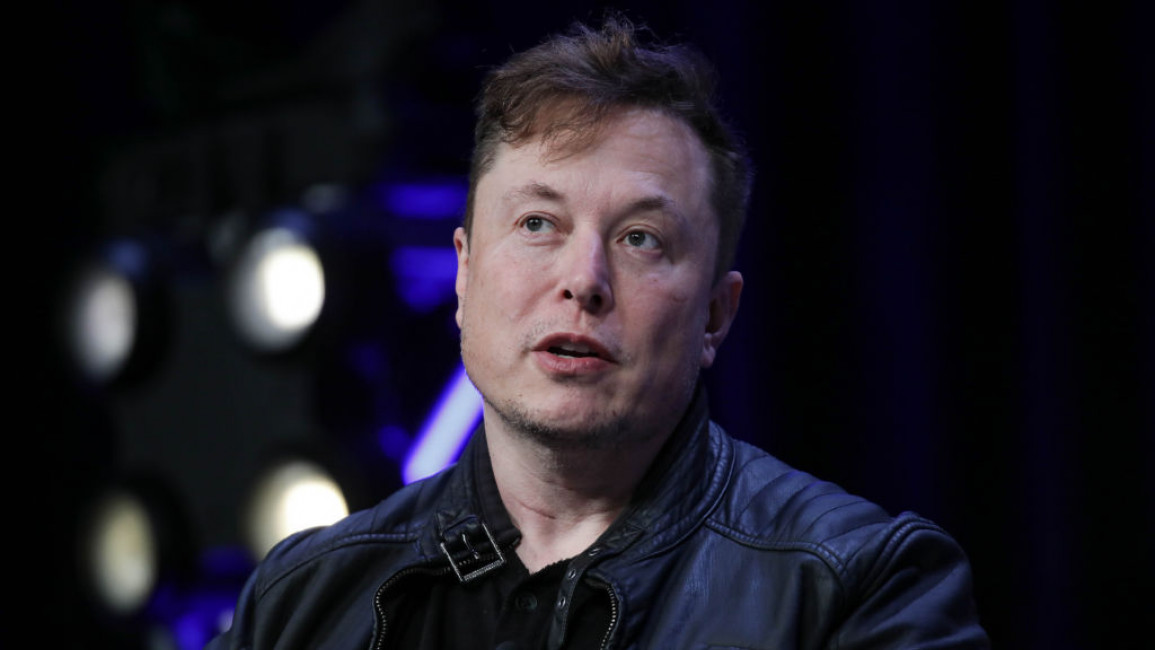 Elon Musk on Monday told jurors that his 2018 tweet about taking Tesla private at $420 a share was no joke and that Saudi Arabia's sovereign wealth fund was serious about helping him do it.

The Tesla chief returned to the witness stand to answer questions from lawyers for angry investors who accuse him of costing them millions of dollars with a pair of allegedly false tweets about having the funding secured to buy them out.

A lawyer for the plaintiffs focused on Musk's buyout figure of 420, a number that is also a popular rallying code for marijuana, which Musk uses.

"420 was not chosen because of a joke; it was chosen because there was a 20 percent premium over the stock price," Musk said when asked if he was having a laugh when he made the tweet.

Musk added, however, that there was "some karma around 420", though "I should question whether that is good or bad karma at this point."

The case revolves around a pair of tweets in which Musk said "funding secured" for a project to buy out the publicly traded electric automaker, then in a second tweet added that "investor support is confirmed".

The tweets sent the Tesla share price on a rollercoaster ride and Musk was sued by shareholders who say the tycoon acted recklessly in an effort to squeeze investors who had bet, or "gone short", against the company.

Musk takes the stand in fraud trial over 2018 Tesla tweet

Musk referred to short sellers as "evil" at the trial.

"It's difficult to appreciate just now just how much attack Tesla was under by short sellers who wanted Tesla to die," Musk told jurors.

But Musk said he fired off the tweets at issue after learning of a Financial Times story about a Saudi Arabian investment fund wanting to acquire a stake in Tesla.

"My concern was that if they knew all of this information, then they could also potentially know about the take-private," Musk said of the news report.

Musk testified that Saudi Arabia's sovereign wealth fund was "unequivocally, without question" supportive of his project, adding that the head of the fund told him that the crown prince of Saudi Arabia was also on board.

"So essentially I took that to mean it was a done deal," Musk said.

When confronted with exchanges with the Saudi fund that showed they wanted more details before committing to his buyout plan, Musk said the fund was "backpedalling".

Musk testified that he understood the fund would do whatever it took to take Tesla private and had plenty of money to do it.

The billionaire added that even without the Saudi fund, he had the personal wealth to take Tesla private at the time, including by using his shares in SpaceX, the company he also runs.

Musk said he had shared some details of his plan with tech billionaire and Tesla investor Larry Ellison, who is among witnesses slated to testify at the fraud trial.

During testimony last week, a Harvard professor called as a witness by the plaintiffs said that Musk's plans were "illusory" and deviated wildly from the way such mega-deals usually take place.

In his own opening remarks, Musk attorney Alex Spiro said that even though the tweets may have been a "reckless choice of words", they were "not fraud, not even close".

"I'm being accused of fraud; it's outrageous," Musk said as his lawyer took over the questioning on Monday.

The tycoon's testimony is set to conclude on Tuesday.