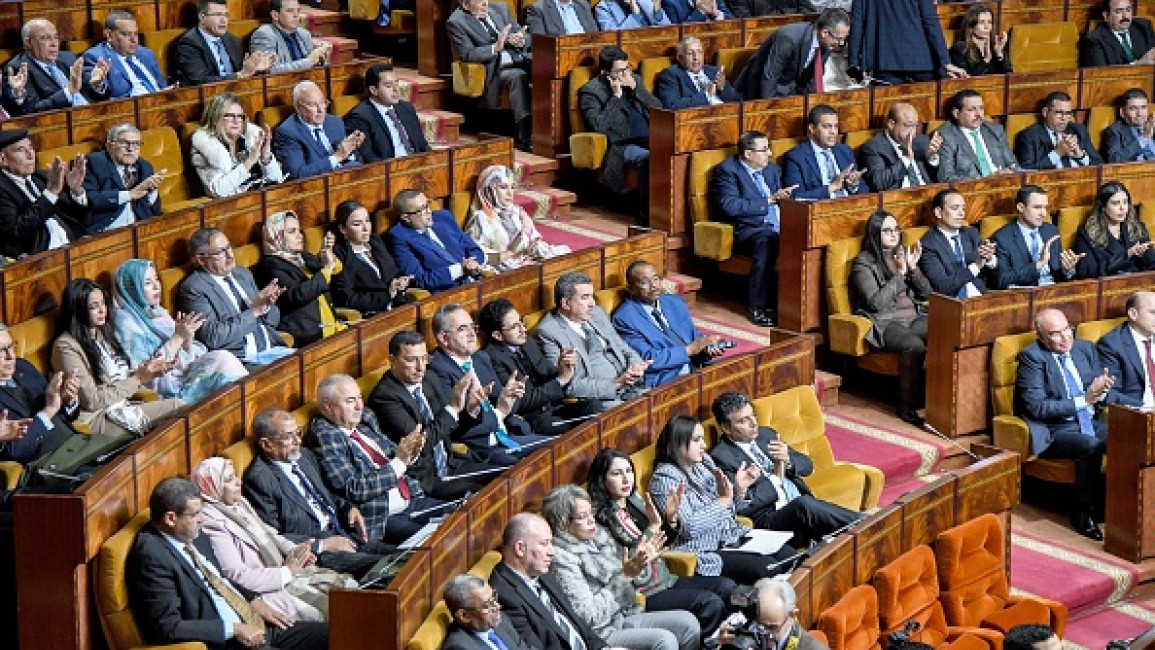 Members of both houses of parliament met in Rabat for a joint session to "evaluate" the non-binding European text adopted on Thursday.

"Their decisions are not going to intimidate us, and we are not going to change our path and approach," said Mohammed Ghiat, president of the National Rally of Independents, the biggest party in Morocco's ruling coalition.

The Moroccan resolution denounced "foreign impositions" and "interference in the independent judicial system" of the North African country.

European lawmakers in Strasbourg had urged Morocco to "respect freedom of expression and media freedom" and to "guarantee imprisoned journalists... a fair trial".

The Reporters Without Borders (RSF) watchdog welcomed the EU Parliament vote as a break with "25 years of passivity".

But Ahmed Touizi of the Authenticity and Modernity Party, called the EU text "a desperate attempt to influence Morocco's independent judiciary".

"Relations with both North African frenemies have cast a shadow on Macron's diplomacy in the region."

Echoing the sentiments of some other lawmakers, Touizi hinted that France - which he did not name - could be linked to the European move.

"Behind the scenes of this decision hides a country which we had thought of as a friend and a solid partner, but the smell of gas has made it lose it," he said, referring to warming ties between Paris and Algeria, Morocco's neighbour and rival.

Rachid Talbi Alami, speaker of the House of Representatives, said the parliament in Rabat has "decided to reconsider its relations with the European Parliament and submit them for an overall evaluation", but did not specify any concrete measures.

Two of the most prominent journalists' cases in Morocco are those of Omar Radi and Soulaimane Raissouni, both sentenced at appeal last year on sexual abuse charges.

Radi, 36, who has been critical of Moroccan authorities, was sentenced to six years in prison for rape and espionage, charges he denies.

During the session in Rabat, some left-wing lawmakers called for the release of "all political prisoners".