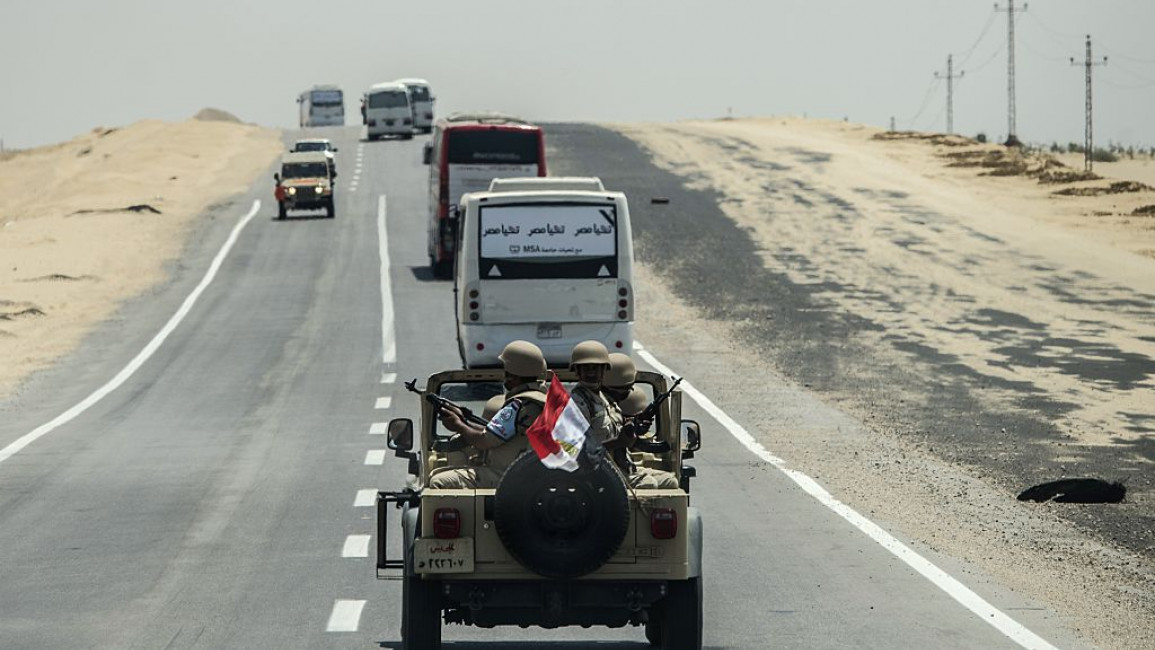 Seven members of the Egyptian army were killed in the Sinai Peninsula on Saturday morning in an attack by the “Wilayat Sina” branch of the Islamic State militant group.

The attack took place in the city of East Qantara near the Suez Canal. The area is administratively part of Ismailia province.

One of the officers killed was identified as Lieutenant Colonel Mohammed Abdul Ilah Saleh. Eyewitnesses said that there were also casualties among the Wilayat Sina militants.

The militant group’s stronghold is further east in Sinai, near the border with Israel and the Gaza Strip.

In Egypt, picture of lieutenant colonel killed today in clashes with ISIS in Qantara city just east of the Suez Canal in Sinai. https://t.co/O9BPiEFfDD

The tribal sources said that the Wilayat Sina militants took over a school, the Faculty of Pharmacy, and other buildings before a large force of soldiers, police, and supporting tribal fighters arrived.

They said that the clashes began around dawn and carried on until the morning. Internet service was cut off in the city.

Al-Araby Al-Jadeed’s correspondent said that the Egyptian army called on special forces, paratroopers, and a brigade tasked with protecting the Suez Canal to help with the operation.

The militants withdrew in the morning after taking casualties, according to local eyewitnesses. The attack stopped road traffic to Sinai from the east bank of the Suez Canal.

Three months ago IS-linked militants also tried to take control of the village of Jalbana near the Suez Canal but were repelled by Egyptian forces.

An IS linked insurgency has been going on for many years in the Sinai Peninsula. It intensified after current President Abdel Fattah al-Sisi took power in a military coup against Egypt’s first democratically elected leader, Mohammed Morsi of the Muslim Brotherhood.