Large majority of Moroccans do not trust govt on socioeconomic crisis: poll

Large majority of Moroccans do not trust govt on socioeconomic crisis: poll
MENA
3 min read
The New Arab Staff
A 2022 opinion poll has shown that most Moroccans are dissatisfied with government performance on the country's cost of living crisis. They're also disappointed with the opposition. 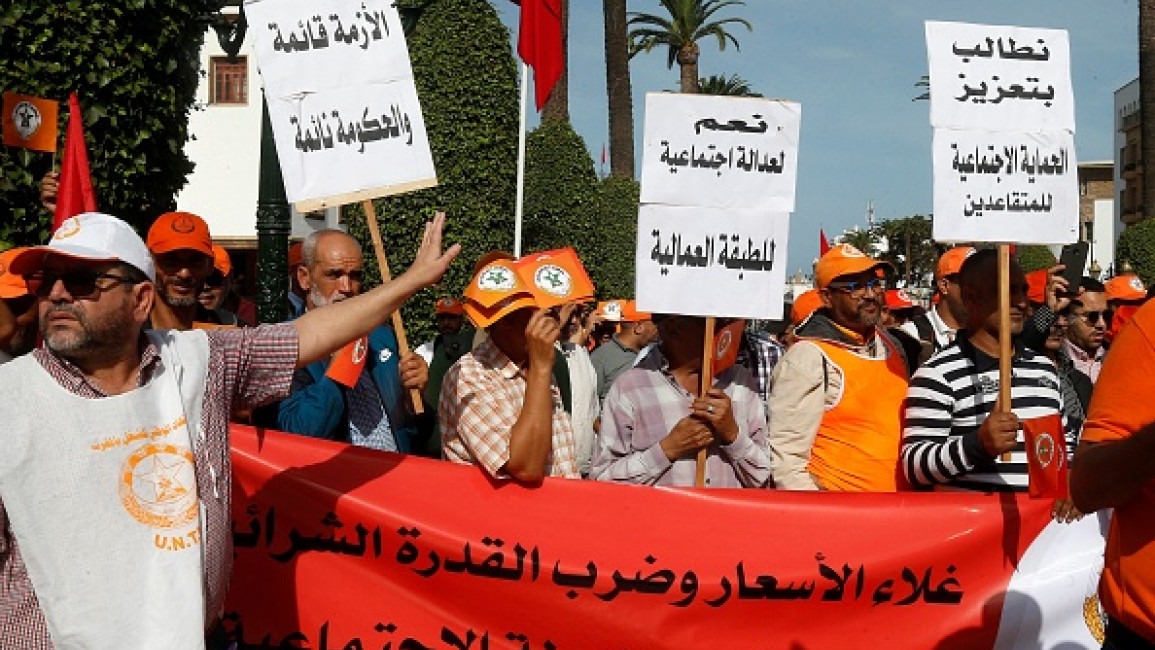 A large majority of Moroccans do not trust their government or the opposition, and feel that political parties in the country are not fit for purpose, a 2022 opinion poll has shown.

The poll, carried out by the Moroccan Centre for Citizenship (CMC) NGO between 20 October and 12 November, showed that 82 percent of respondents said they do not trust the current government, led by Aziz Akhannouch since 2021.

Another 77 percent expressed their lack of confidence in opposition parties, while 81 percent think political parties in general are not doing enough.

Nearly half, at 48 percent, attributed political parties’ failure to the spread of nepotism and clientelism in Morocco, while 19 percent thought they were distant and disconnected from citizens.

Eighteen percent thought it was due to a decline in the country’s democracy.

People across MENA countries appear to be growing increasingly frustrated with how their governments are dealing with their economic criseshttps://t.co/W8xEhEbyVu

The study, published on Saturday, reveals great dissatisfaction with the government’s performance throughout last year with regards to managing the economy and cost of living crisis.

A large majority of 95 percent of respondents said they were unhappy with how the government has handled price hikes in fuel and other basic commodities, while 93 percent believe the government is not taking measures to protect the country’s middle class.

Like most economies in the region, Morocco are reeling under inflation that has seen the price of basic goods skyrocket.

The premier, Akhannouch, owns one of Morocco’s biggest fuel distribution companies, Afriquia Gaz, which put him at the centre of controversy.

He came in first place when respondents were asked who was the most person they thought contributed to the Moroccan citizens’ loss of confidence in their government, with nearly half – 49 percent - naming him.

The tourism-reliant economy also took a heavy hit throughout the coronavirus pandemic, as the government imposed strict entry laws, as well as tight rules on businesses in the hospitality industry.

Morocco has also suffered from its worst drought in decades, exacerbated by scorching temperatures and decreased rainfall, leading to heightened water shortages.

Many have tried making the dangerous journey to Spanish enclaves Ceuta and Melilla, in an attempt to reach Europe, along with other African migrants escaping conflict, persecution or poverty.

On corruption, the CMC poll revealed that 91 percent were displeased with how Akhannouch’s government has handled corruption cases, 90 percent were unhappy with the reforms in the judiciary and education system, and 88 percent were unsatisfied with social dialogue in the country of 37 million people.