Libya halted extradition of Gaddafi 'right-hand man' to US following fears of uproar: report
MENA
2 min read
The New Arab Staff
The extradition of Abdullah al-Senussi, a close aide of Muammar Gaddafi, to the US was reportedly blocked at the last minute by Libyan officials out of fear of stoking public anger. 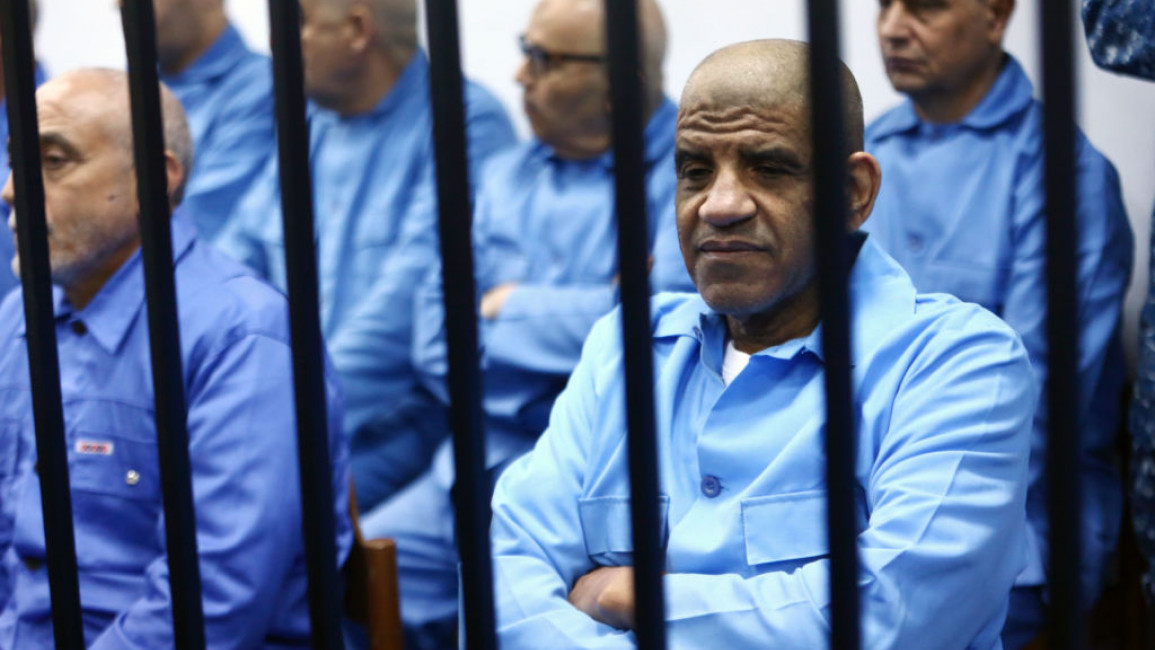 The extradition of a former Libya intelligence chief to the United States over the Lockerbie bombing was halted at the last minute out of fear of public reprisal, according to reports.

Abdullah al-Senussi – the brother-in-law of longtime Libyan President Muammar Gaddafi and the intelligence chief during his rule – is thought to have masterminded the Lockerbie bombing of 1988, in which a Pan Am aircraft travelling from London to New York exploded above the Scottish town of Lockerbie, killing 270 people.

"The idea was to have Masud sent to the US first and then give them Senussi. There have been discussions for months about this. But then officials got worried," a Libyan official was quoted as saying by the British daily.

A second Libyan source said Senussi was meant to be handed to the US over the weekend.

Speaking of Abdullah #Senussi, the Dabaiba family will most probably carry on working on a possible handover to the United States, but the blowback from the Meqarha tribe will be much bigger than whatever the Abugeela delivery elicited a few days ago https://t.co/UgLtxPdM15

Masud's family alleges he was unlawfully kidnapped on 17 November from his home in Tripoli by members of a local militia before being handed over to the US, in a move that broke international law.

The US embassy denied these allegations, claiming in a statement released Tuesday that the process had been "lawful and conducted in cooperation with Libyan authorities".

Masud is currently in US custody.

How a Lockerbie bombing suspect ended up in US custody

Senussi, who is wanted by the United States, is currently held in Rawawa prison in Tripoli. He was sentenced to death in a mass trial in 2015, and is thought to be in poor health.

Senussi had a reputation for brutality as one of Gaddafi’s most trusted aides. He is alleged to have overseen the killings of several Libyan dissidents in Libya and overseas. He has also been accused of being responsible for the 1996 massacre of around 1,200 inmates at Abu Salim prison.

He is also alleged to have been behind a plot to assassinate Saudi Arabian Crown Prince Abdullah in 2003.