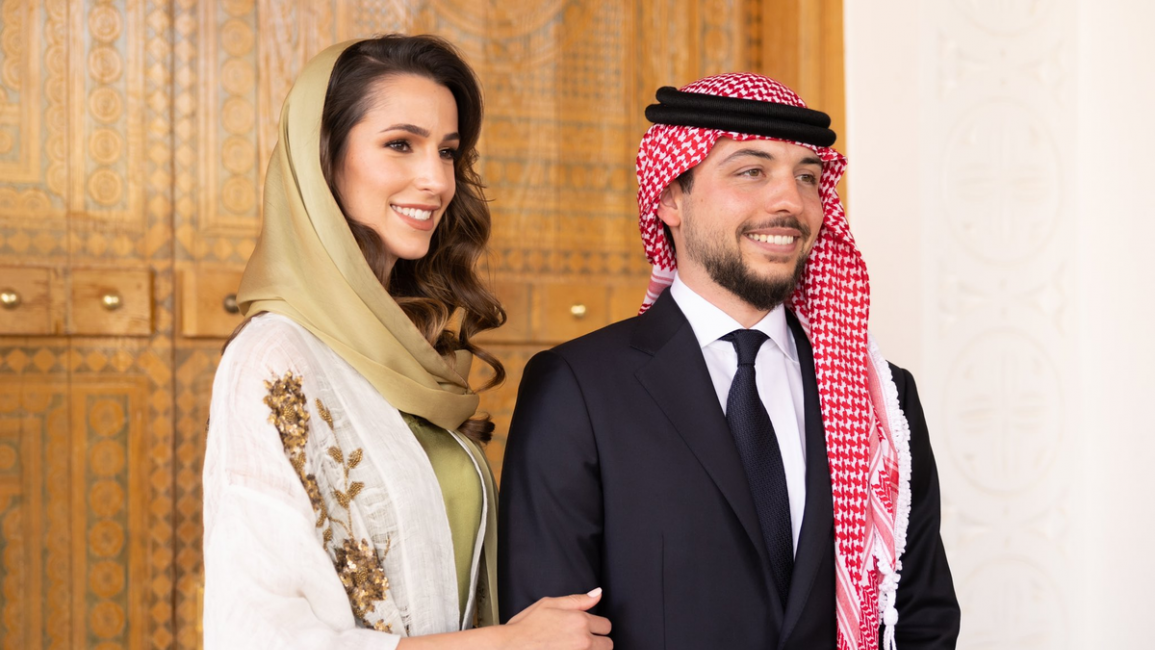 Jordan announced on Wednesday the engagement of Crown Prince Hussein to Rajwa Khaled Al-Saif, the daughter of a Saudi businessman.

The ceremony was hosted in Riyadh at Al-Saif's family home and attended by the prince's parents, Jordanian King Abdullah and Queen Rania; his great-uncle former Crown Prince Hassan bin Talal; other Jordanian princes, and relatives of the bride-to-be.

"I didn't think it was possible to hold so much joy in my heart!" Queen Rania tweeted, posting a picture of the couple.

"Congratulations to my eldest Prince Hussein and his beautiful bride-to-be, Rajwa."

The Royal Hashemite Court tweeted that it was "pleased to announce" Prince Hussein's engagement to Al-Saif, and "extends its sincere congratulations on this occasion".

The royal court posted several photos, including a picture of Hussein and Rajwa alongside the king and queen, and one of the Crown Prince placing a ring on his fiancée's finger.

King Abdullah could be seen with a smile on his face, hugging Al-Saif in one image posted to Instagram by Queen Rania.

Congratulations poured in on social media for the couple, who are both 28 years old.

The UK's ambassador to Jordan, Bridget Brind, tweeted her "many congratulations" to them "and to all their families on their engagement".

"Wishing them every future happiness," she added.

"On behalf of all of us at UNHCR Jordan, we extend our best wishes," he tweeted.

Al-Saif studied at Syracuse University's School of Architecture in New York state. Her father is Khalid bin Musaed Al-Saif, a businessman, and her mother is Azza bint Naif Al-Sudairi.

Hussein, who has been the Jordanian crown prince since 2009, attended Sandhurst – a prestigious military academy in the UK.

The prince, who is a captain in Jordan's military, has an international history degree from Georgetown, a highly regarded American university.