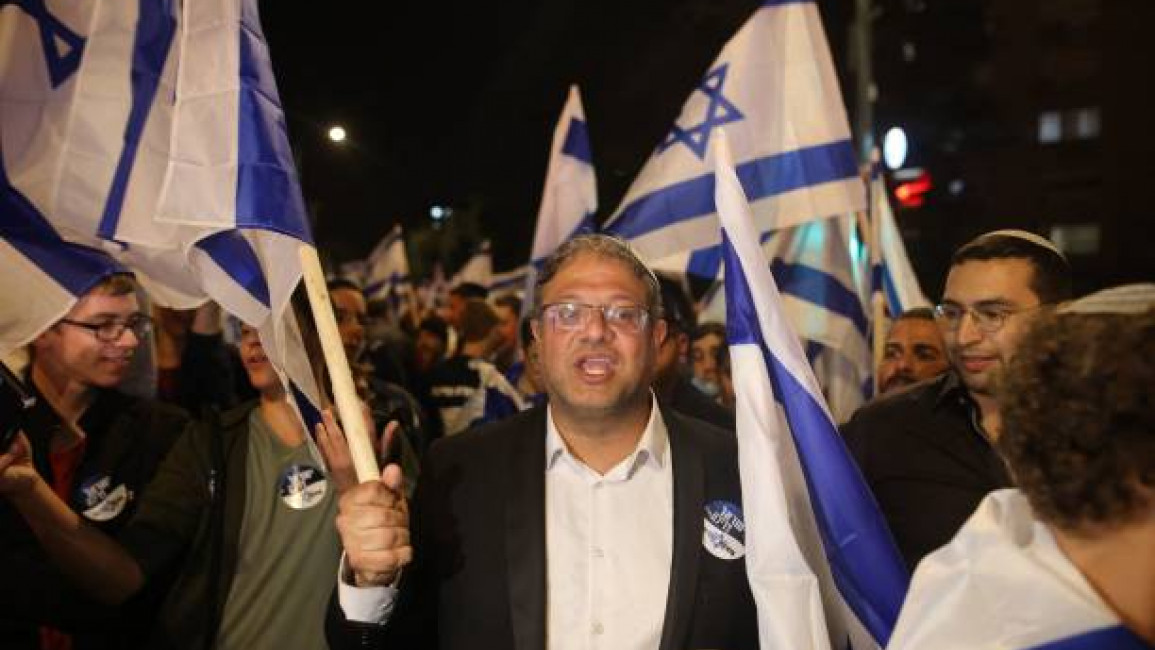 Right-wing Israeli lawmaker Itamar Ben Gvir on Tuesday allegedly tried to storm a hospital room to harass a Palestinian detainee who was recovering after a 141-day hunger strike, the prisoner's family has told The New Arab.

Palestinian hunger striker Hisham Abu Hawash was taken to the Asaf Harofeh hospital south of Tel Aviv on 26 December after his health seriously deteriorated. He ended his hunger strike protesting his detention without trial or charge on Tuesday, following a deal with Israeli authorities to release him.

Imad Abu Hawash, Hisham’s brother, said that his family was in the detainee's hospital room when they heard "insults in Hebrew" coming towards them.

"I came out and saw that it was Ben Gvir accompanied by his bodyguards and Baruch Martin, a settler leader in Hebron," Imad Abu Hawash told The New Arab.

The Knesset member "tried to push his way into Hisham's room, but solidarity activists who were present and family members blocked his way", Abu Hawash said.

"Ben Gvir called us terrorists and other ugly names and he even pushed one of the activists who was replying to his insults," he said.

Ben Gvir, a member of Knesset from the Religious Zionist Party, is well-known for provoking Palestinian prisoners' families.

In 2018, he famously walked onto a bus transporting Palestinian prisoners' family members on their way to visit loved ones in a detention facility to verbally insult them.

Not itamar ben gvir showing up at the hospital where #HishamAbuHawash has just won his freedom - after 140 days of hunger strike - to protest ending Hishams unjust administrative detention...
Fascists. pic.twitter.com/4EQox2CLsw

Following the escape of six Palestinian inmates from Israel's high-security Gilboa Prison in September, Gvir tweeted that Israeli forces should have killed Palestinian prisoners before they escaped.

In December, following a visit to the Ofer prison, he said Israeli security forces should be given authorisation to kill prisoners when they protest.

According to human rights groups, some 500 Palestinians are currently held in Israeli jails without trial or charge, among them four children and one woman.

On Sunday, the Palestinian Prisoners' Club declared that all detainees who have not been charged will boycott Israeli court hearings as of 1 January, in an open-end collective protest move.