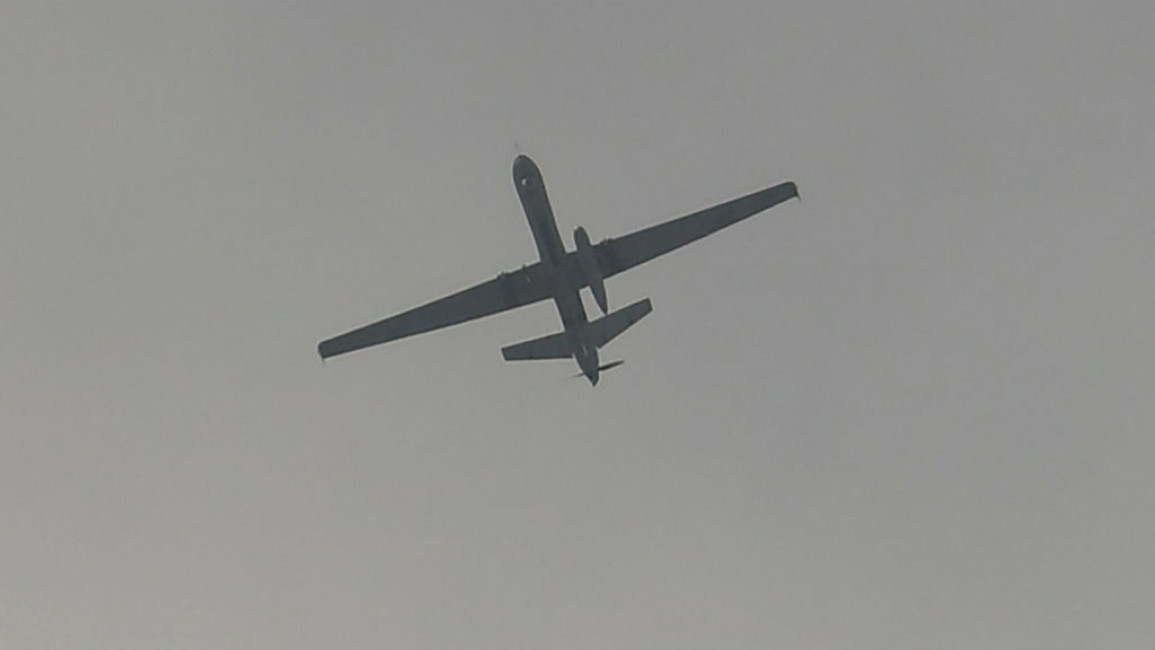 Late on Tuesday, 8 November, unidentified planes struck the convoy after they crossed the Iraqi territories and entered a Syrian city where the fuel is being discharged into Syrian tanker trucks.

Since 2017, the Iran-backed Iraqi Shia militias control the Qaim border crossing and its surrounding areas, using it as a key corridor for transactions between Iran and the Syrian regime.

Two Iraqi officials, speaking on condition of secrecy to the Al-Araby Al-Jadeed reporter in Baghdad, said that the airstrikes caused damage to eight trucks and killed a number of the truck drivers. They also confirmed that the US officials have formally informed Iraq the US did not conduct the attacks. The Iraqi officials denied allegations that the trucks were carrying weapons and affirmed that Israeli drones were behind the assaults.

US warns Lebanon of sanctions if it accepts Iran fuel gift

The convoy included 22 Iranian fuel trucks that entered Iraq from the Zirbatiya border crossing in the eastern Iraqi province of Wasit and exited from the Qaim crossing in Anbar province, west of the country, according to formal customs procedures. The trucks were destined to go to Lebanon, through Syria, as Iranian aides, said an Iraqi intelligence officer working with Iraqi border guards in Anbar.

"Iraqi investigators confirmed that the bombings were carried out by drones of the Zionist entity, but as the strikes were conducted inside the Syrian territories, the Syrian side is responsible for issuing their own stance," a second Iraqi official said.

Mahdi Taqi, an Iraqi lawmaker from the defence and security parliamentary committee has also told the website that the trucks were carrying Iranian fuel aid to Lebanon and that Israeli drones have conducted the airstrikes.

The US warned Lebanon on Wednesday against accepting gifts of fuel from Iran, telling the crisis-hit country that it could be subject to US sanctions if it goes ahead with the importation of Iranian oil.

The warning came as Iran accused the US of bombing a convoy of Iranian tankers in Syria carrying fuel to Lebanon. Fifteen people were reportedly killed in the strike.

Lebanese media reported that the US had informed Prime Minister Najib Mikati that gifts of fuel from Iran were subject to US sanctions.