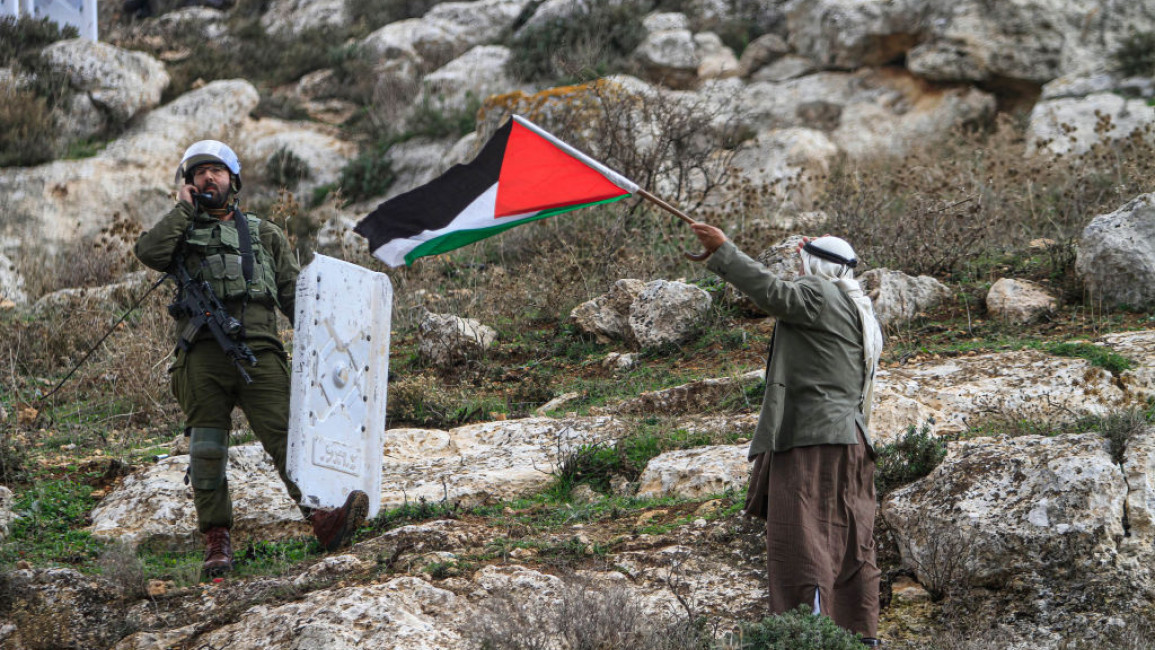 Israel's Knesset approved an extension of emergency laws for the West Bank that Palestinians say help perpetuate apartheid in the occupied territory, according to reports.

The law - which grants West Bank settlers rights they would receive in Israel, without extending those same rights to Palestinians - sailed through Israel's parliament on first reading, with a 58-13 majority.

It was referred to the Knesset's Foreign Affairs and Defence Committee to prepare it for second and third readings, the Palestinian news agency Maan reported.

The apartheid law is technically an "emergency measure" that has to be renewed every five years. It was last extended in 2017.

The law's extension caused serious issues for the coalition government last year when it was met with opposition by Islamist and left-wing parties in the bloc.

But it caused no such problems for the new, far-right government, which came to power at the turn of the year.

Haaretz reported Justice Minister Yariv Levin, who introduced the bill, as saying that the vote "highlights the difference with the previous government, which relied on the support of at least one party that wanted to harm the settlement enterprise.

"Things are different with this government; we have restored our belief that we have the right to the whole of the Land of Israel, and we will strengthen the settlements once more."

Israel's new government includes extreme-right politicians like Bezalel Smotrich - himself a West Bank settler - and Itamar Ben-Gvir, both of whom have called for violent crackdowns against Palestinians.

Ben-Gvir as security minister: A danger to Palestinians

Palestinians and others have expressed fears that the new government will clamp down further on already heavily restricted Palestinian liberties, and that it could even annex the occupied West Bank.

The apartheid law grants Israel the ability to arrest Palestinians in the West Bank, and to imprison Palestinians inside Israel - despite international law prohibiting a state from imprisoning members of a population under its occupation outside its territory.

Israel has occupied the West Bank since 1967. More than 600,000 Israeli settlers live in the territory, in violation of international law.