Israeli army officers leaving ranks to protest Netanyahu govt, says former chief of staff
MENA
3 min read
The New Arab Staff
Opposition to Benjamin Netanyahu's government is growing in Israel, as it was reported that officers were stepping down in protest. 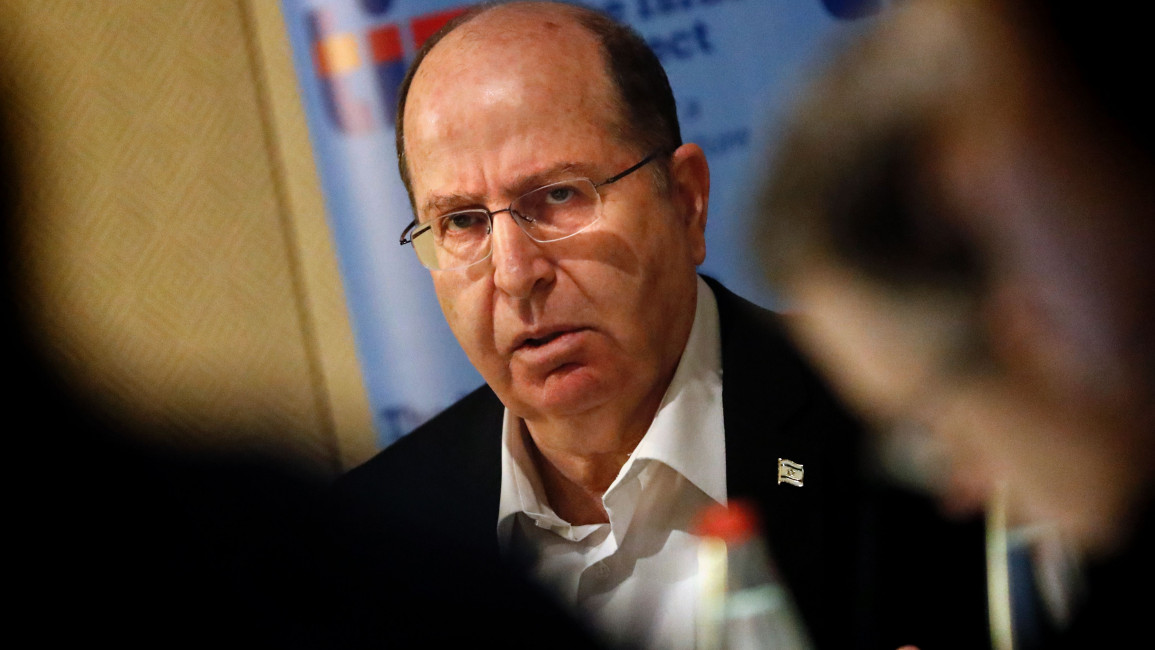 Ya’alon told Army Radio that Israel "is witnessing a practical civil disobedience movement," noting that officers are leaving the army in protest against the government.

He served as defence minister in a previous Netanyahu government from 2013 until his resignation in May 2016.

"There is nothing [measure of protest] left but for parents to refuse to send their children to schools," indicating that parents cannot accept that Avi Moaz, the leader of the far-right religious Noam Party, controls the contents of the educational curricula as stipulated in the agreement between Noam and Netanyahu’s Likud.

Maoz will be in charge of a unit in the Education Ministry overseeing external programming in schools.

Avi Maoz: How a far-right politician could transform Israeli education

His appointment has sparked a backlash from school principals, mayors, NGOs, and even outgoing politicians, given his anti-LGBTQ+ and sexist positions.

Yair Golan, who was deputy chief of staff in the Israeli army between 2014 and 2017, also called for civil disobedience to prevent the new government from implementing its plans to "reform the judiciary."

Golan warned in comments made to Israeli national broadcaster Kan that such plans will lead to "the collapse of the democratic system" in Israel.

Firing at Itamar Ben-Gvir, Golan compared Ben-Gvir’s appointment as national security minister to a cat being assigned to protect cream on a plate.

"I cannot seriously deal with what he says," said Golan.

Ben-Gvir is known for his inflammatory and racist remarks on Palestinians. He stormed the Al-Aqsa Mosque compound in occupied east Jerusalem earlier this month, drawing international condemnation.

At least 20,000 people protested in central Tel Aviv on Saturday against the new government, believed to be the most far-right in Israel’s history and which critics say "threatens Israeli democracy."

Other rallies were held outside the prime minister's residence in Jerusalem and in the northern city of Haifa, local media reported

They called on Netanyahu to resign.

Palestinians are also concerned that Netanyahu’s government will mean more oppression and violence in the occupied West Bank, east Jerusalem and the besieged Gaza Strip.

The United Nations said 2022 was the deadliest year for Palestinians in the West Bank since records in 2005.