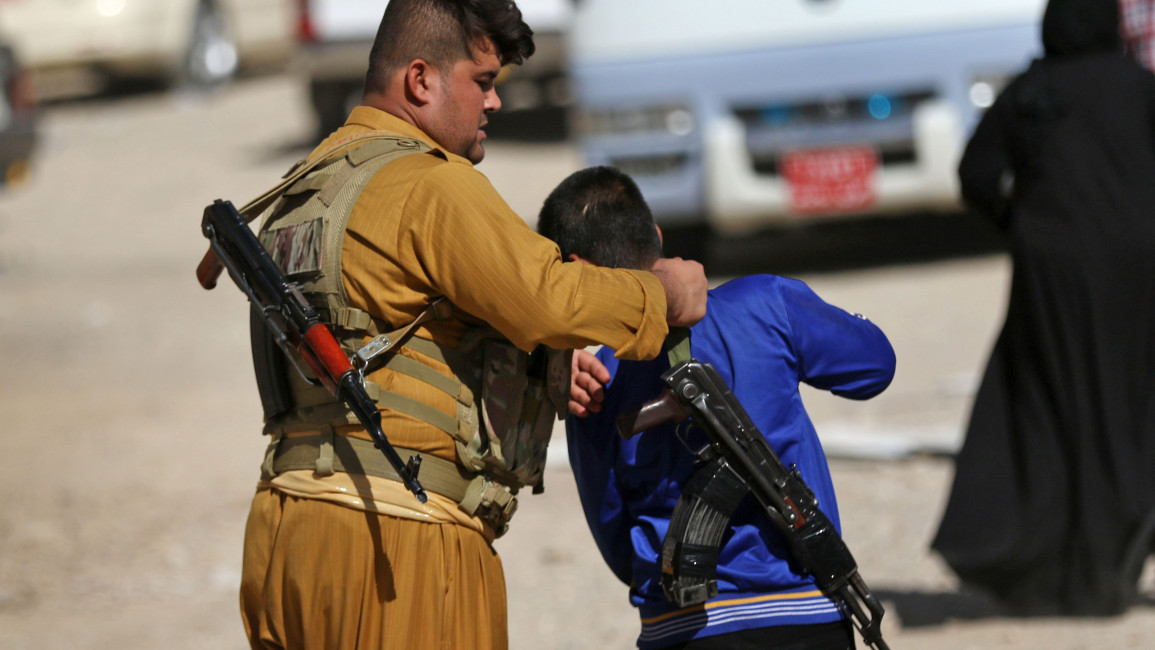 Iraq’s autonomous Kurdish north is collecting unlicensed weapons throughout the region in exchange for financial compensation, in an attempt to clamp down on illegal arms and increased crime.

The Kurdistan Regional Government (KRG) has opened 52 centres so far across different cities where individuals can hand over their weapons in return for money, parliamentarian Muhsin Doski confirmed.

He said 40 centres had been opened to register small arms, while 12 centres were for heavy weapons.

KRG Prime Minister Masrour Barzani had previously stated that the Kurdish region’s authorities "must take all necessary measures to end [the presence of] unlicensed weapons and confront criminals and saboteurs, whatever their status."

Member of the Internal Security Committee in the Kurdistan Regional Parliament (KRP) Saeed Mustafa told The New Arab’s sister site that the response from citizens so far had been "great."

"During the past few months, killings and clan disputes increased in the cities of Erbil, Duhok, and Sulaymaniyah, and therefore this step will reduce those incidents and contribute to achieving the security and social stability that the region enjoys," Mustafa told Al-Araby Al-Jadeed.

"The centres are run by the Ministry of Interior in the Kurdistan Regional Government, and thousands of weapons of various kinds have been handed over. The person who surrenders his weapon is given a bank check as compensation for the weapon that he handed over."

There has reportedly been an increase of security incidents in Erbil, Iraqi Kurdistan’s capital and largest city. It prompted the KRG to close weapons stores, deploy more security forces and establish checkpoints, and arrest those who take arms with them to government departments.

Comparing to the rest of the country, marred by decades of conflict and violence and where the Islamic State group continues to carry out attacks, Iraq’s Kurdistan region is relatively safer.

Other than crime-related incidents, the Kurdish region witnessed a spate of Turkish and Iranian attacks last year targeting Kurdish militants.

"What he [former Turkish President Turgut Ozal] had in mind was in the case of a breakup of Iraq not to let anybody other than Turkey fill the void in the north of the country."

He told Al-Araby Al-Jadeed the initiative must also include the supporters of the KRG ruling parties, specifically the Kurdistan Democratic Party and the Patriotic Union of Kurdistan, “since members of these parties are allowed to bear arms.”

Othman said the KRG initiative will become pointless if party supporters and members, tribal sheikhs and other important figures are exempt.