Iran detains celebrity chef in protest crackdown: reports
MENA
3 min read
The New Arab Staff & Agencies
A popular chef in Iran has been arrested after what some have alleged could be to do with a video he posted in reference to assassinated Iranian commander Qassem Soleimani. 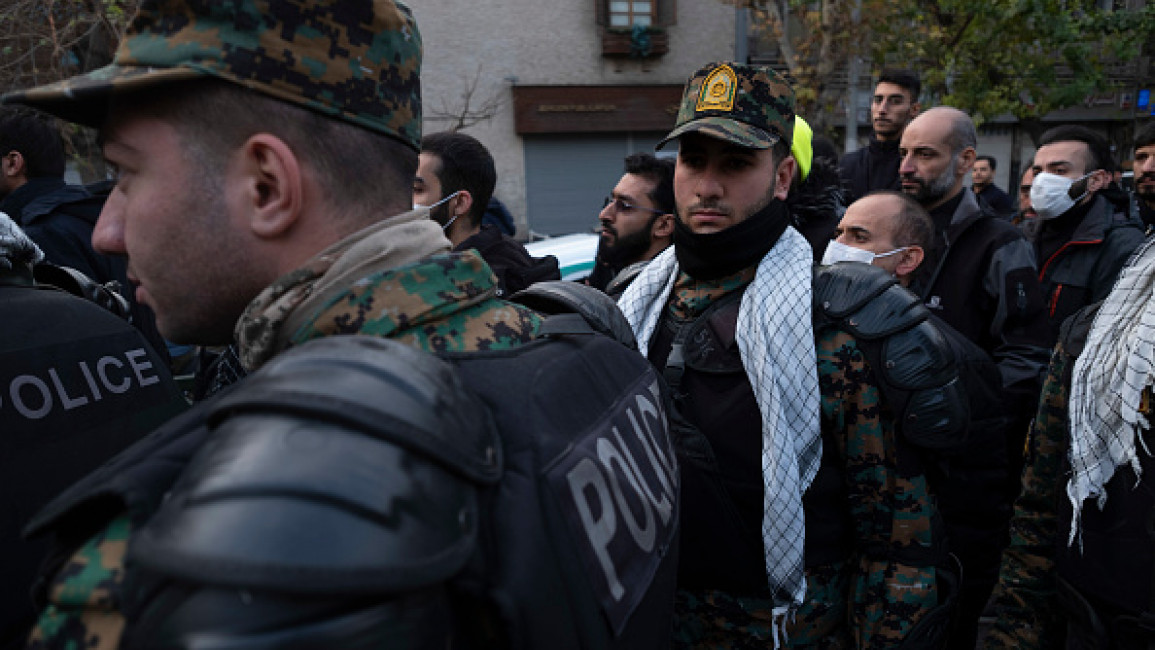 Iran has detained a prominent chef and Instagram influencer, known for his videos promoting Persian cooking, in its crackdown on nationwide protests, human rights groups and supporters said on Thursday.

Navab Ebrahimi was arrested in Tehran on Wednesday and taken to the city's Evin prison, the Human Rights Activists News Agency (HRANA) said.

No reason was given for the arrest of Ebrahimi, who had some 2.7 million followers on Instagram enjoying his slickly produced videos showing how to produce classic Persian dishes without pain.

But social media users said the arrest coincided with him posting a recipe to make Persian cutlets on the day the Iranian authorities marked the third anniversary of the killing by the United States of Revolutionary Guards General Qassem Soleimani.

Navab Ebrahimi, Iranian chef, was arrested on Jan 4 at his restaurant, after he posted a story showing the recipe of “kotlet” on IRGC General Qasem Soleimani’s death anniversary. Kotlet, a popular Iranian food, is a metaphor of Qasem, referring to the way he was killed by U.S. pic.twitter.com/DDYJ8hBdAA

Some Iranians opposed to the regime have made a habit of posting images of cutlets on the anniversary of his death, in reference to the manner of his killing in a US drone strike in Iraq.

"Chef and influencer Navab Ebrahimi has been arrested in Tehran. Social media users speculate that his arrest had something to do with his Instagram story" about cutlets, said the New York-based Center for Human Rights in Iran.

Nik Yousefi, an Iranian filmmaker and photographer who was himself arrested in October as part of the crackdown and then released, also wrote on Twitter that Ebrahimi had been arrested and his cafe in Tehran, Noj, shut down.

Iran has arrested at least 14,000 people in the wave of protests sparked by the September 16 death in custody of Mahsa Amini, a 22-year-old Iranian Kurdish woman who had been arrested for allegedly breaching the strict dress code for women, according to the UN.

Prominent journalists, filmmakers, lawyers and activists have been arrested. Some have been released on bail, including star actor Taraneh Alidoosti, but others remain in prison.