Inflation rips through MENA economies in 2022

Inflation rips through MENA economies in 2022
MENA
3 min read
The New Arab Staff
While growth rates are expected to slow in 2023, there is no guarantee that inflation will do the same. 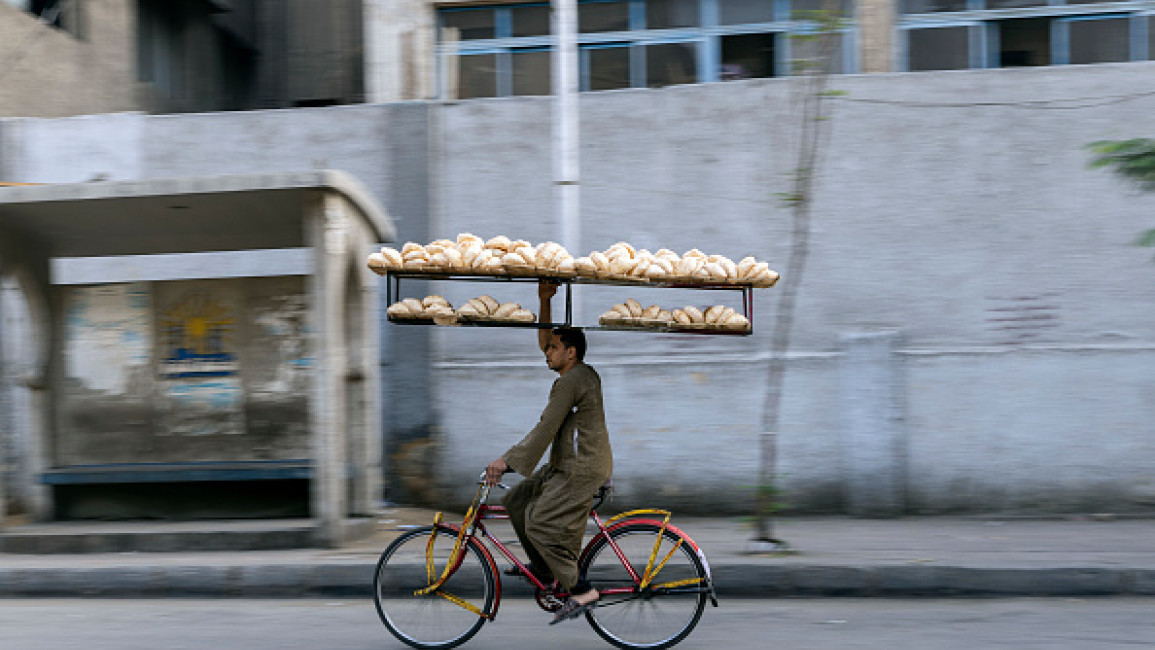 Relentless inflation has struck economies in the Middle East and North Africa in 2022, leaving poor populations exposed and vulnerable to price shocks.

Food prices across the region have spiked massively as global energy supplies respond to Russia’s invasion of Ukraine, and climate change continues to affect crop yields throughout the region.

Lebanon has suffered the highest rate of inflation in the region this year: consumers have had to bear a 189% overall increase in the price of commodities since January.

Inflation of consumer prices was also high in Egypt and Saudi Arabia - both reaching 10%, according to GlobalData.

And while the World Bank has reported growth forecasts for the region to be hitting 5.5% by the end of the year, the proceeds of growth are rarely shared equitably.

Tunisia, Morocco and Egypt are all oil importing economies heavily dependent on trade with Europe, leaving them more exposed to global shocks.

“Oil importers face heightened stress and risk from higher import bills, especially for food and energy, and tightening fiscal space as they spend more on price subsidies to cushion the pain of price rises on their populations.”

While growth rates are expected to slow in 2023, there is no guarantee that inflation will do the same.

Inflation would have hit the region’s poorest even harder, had states not intervened, according to the World Bank.

“Across the region, policymakers have introduced measures—especially price controls and subsidies—to make the domestic price of certain goods, such as food and energy, lower than the global price,” said the latest report.

Not everyone benefits from food subsidies, however.

In Egypt, the price of non-subsidised ‘Aish Baladi’ has more than doubled since Russia invaded Ukraine, and currently shows no sign of abating.

Lower-middle class Egyptians who do not qualify for assistance with the price of bread are finding their budgets squeezed and no signs of help from the state coming.

Egyptians consume 150 to 180 kilograms of bread per person per year, more than double the global average, according to official figures.

While inflation in Iraq has stayed at around 5% throughout the year, the worst impacts of high commodity prices have been shielded by a resurgent economy buoyed by high oil prices and a “post-pandemic recovery in non-oil sectors,” said the World Bank.

Economic growth has outstripped inflation at over 8% this year - one of the fastest-growing economies in the world.

However, pre-existing poverty trends and food insecurity for poor Iraqis are still a present factor in the Iraqi economy.

Whether the positive outlook for 2023 improves prospects for society as a whole depends on how improved income from global oil sales is invested in Iraq.

“With record oil revenues, Iraq’s new Government has a unique opportunity to pursue economic diversification and address longstanding structural and climate-related challenges and put the economy on a more resilient and sustainable path.”