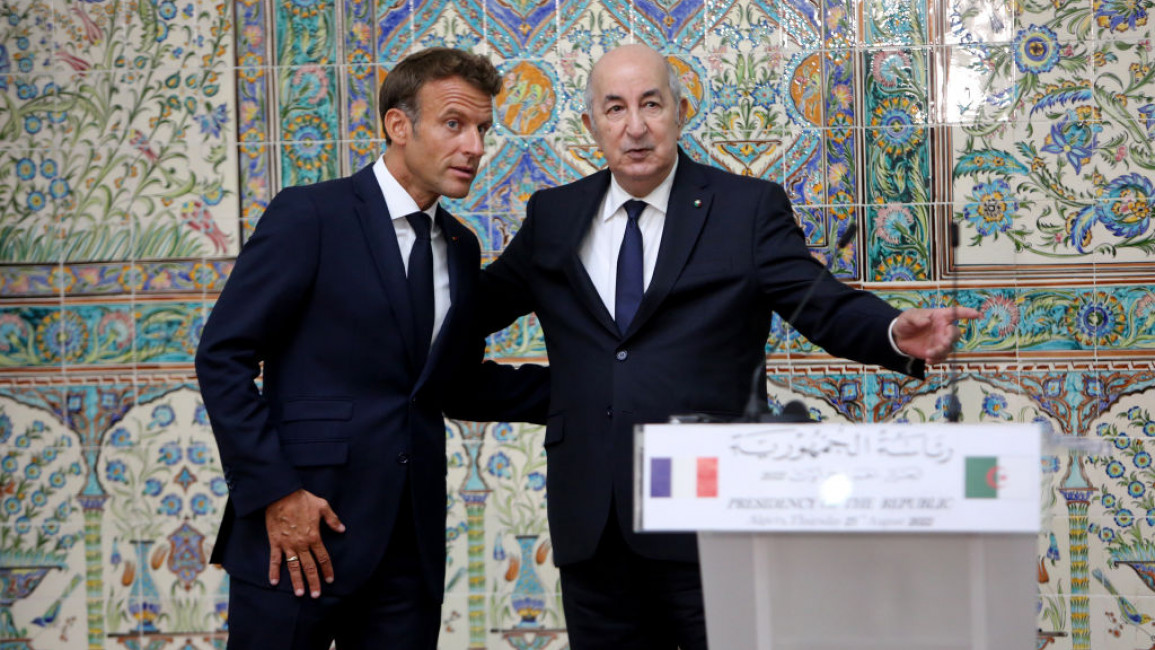 French President Emmanuel Macron confirmed that he will not ask Algerians for "forgiveness" for France's brutal colonisation of their country.

"I do not have to ask for forgiveness, this is not the goal," Macron told the French weekly Le Point in an interview published on Wednesday evening.

The French president stressed that "the worst that could happen is to say we apologise and each of us will go our own way," arguing that the work of memory and history "is not an inventory of calculation, it is quite the opposite."

However, Macron said he hopes to receive his Algerian counterpart Abdelmadjid Tebboune in Paris this year to continue working with him on reconciliation between the two countries.

"I hope that president Tebboune will be able to come to France in 2023 to continue an unprecedented (...) work of friendship," Macron said.

The issue of France's apology for its colonial past in Algeria (1830-1962) is at the heart of the tensions between Paris and Algiers.

France's colonial legacy in Algeria: Rape as a weapon of war

In 2020, Algeria half-heartedly received a report prepared by the French historian Benjamin Stora upon assignment from Macron, in which he called for a series of initiatives to achieve reconciliation between the two countries.

The report did not recommend offering an apology or expressing remorse, which is what Algeria constantly demands.

In 2017, president Emmanuel Macron, still a candidate at the time, broke for the first time the long-standing political silence on the bloodiest period in the recent history of France, as he acknowledged "the crimes against humanity" French colonisation committed in Algeria.

However, during his years in office, Macron's policy regarding the crimes committed in Algeria continued to be a policy of "en même temps" (at the same time) as he struggles to find a 'silver lining' to French colonial history in Algeria.

During his last visit to Algeria in August, Macron claimed that French-Algerian history is "a love story that has its share of tragedy."

The metaphor triggered criticism against Macron from French and Algerian historians, who lamented the French leader for likening the bloodiest period in recent French history to a 'love story'.

Approximately 1.5 million Algerians were killed and millions more displaced in an eight-year war for independence that ended in 1962.

Nevertheless, Macron's trip to Algeria in August helped put bilateral relations back on track after the crisis sparked by his statements in October 2021, after he questioned the existence of the Algerian nation before colonialism.

In his interview with Le Point, Macron admitted that his 2021 statements were wrong.

"It was maybe a clumsy expression, and it may have hurt the feelings of Algerians. (...) These moments of tension teach us. You have to know how to extend your hand again."

Macron has also called for "calming" tensions between Algeria and Morocco, ruling out a war between the two arch-neighbours.

Algeria severed diplomatic relations with  Morocco in August 2021, accusing Rabat of committing "hostile acts" in a decision that Rabat said was "totally unjustified".