France repatriates 15 women, 32 children from Syria jihadist camps
MENA
3 min read
The New Arab Staff & Agencies
The 32 children returned to France on Tuesday were placed with social services and the mothers will be brought before judicial authorities, the foreign ministry said. 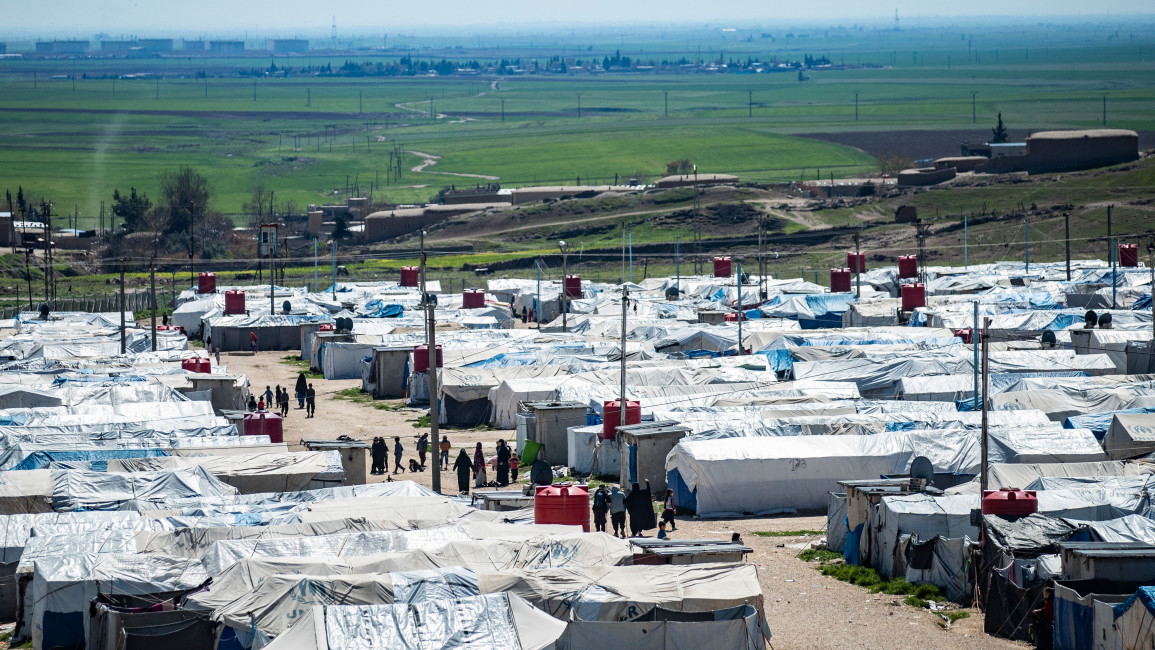 France repatriated on Tuesday 15 women and 32 children held in jihadist prison camps in Syria, the foreign ministry said, in the third major return of French citizens from the Middle Eastern country.

Rights groups have been pressing for years for France to take back the wives and children of Islamist fighters held in the camps since the Islamic State (IS) jihadist group was ousted from its self-declared "caliphate" in 2019.

But the government refused a blanket repatriation, saying the return of potentially radicalised IS family members would pose security risks in France, which has seen a wave of jihadist terror attacks since 2015.

Instead it said individual cases would be examined, which saw the first group repatriation of 16 mothers and 35 children from Syria in July 2022, and a further 55 last October.

The children returned to France on Tuesday were at the Roj camp in northeast Syria under Kurdish administration, about 15 kilometres (9 miles) from the Iraqi and Turkish borders.

They were placed with social services and the mothers will be brought before judicial authorities, the foreign ministry said, thanking "the local administration in northeastern Syria for its cooperation, which made this operation possible".

The operation came after the United Nations Committee Against Torture said on Thursday that in refusing to repatriate women and minors in Syria, France was violating the UN Convention against torture and cruel, inhumane or degrading treatment.

In a version of a ruling dated 16 November 2022 released by a lawyer of relatives of detainees in the Kurdish-run Al-Hol camp in Syria, the committee said that "not taking all reasonable measures in its power to repatriate the plaintiffs' relatives would constitute a violation by a member state of articles two and 16 of the convention".

Rights groups have denounced harrowing sanitary conditions, malnutrition and overcrowding at the Al-Hol camp in particular.

The lawyer who published the UN torture committee ruling, Marie Dose, said 150 French women and children were being held in the Syria camps before Tuesday's repatriation.

Contacted by AFP, the French foreign ministry declined to say how many more women or children might be returned.

Over the past decade, thousands of extremists in Europe travelled to Syria to become IS fighters, often taking their families to live in the "caliphate" the group set up in territory seized in Iraq and Syria.

Since the insurgents were defeated by Western-backed Kurdish forces in 2019, the return of family members of fighters who were captured or killed has been a thorny issue for Western nations.

Several European countries, such as Belgium, Germany and the Netherlands, have recovered many of their citizens from the Syria camps.

In September last year, the head of the US armed forces' Central Command urged nations to repatriate citizens from Al-Hol, which holds around 56,000 people – mostly women and children.

But France has been much more reticent, despite a condemnation by the European Court of Human Rights last September over its refusal to repatriate two women detained in Syria, citing the safety and healthcare threats at the Kurdish-run camps that put their lives in danger.

Many of the women returned to France have been charged with terrorism crimes and imprisoned.