'Injustice is here, we are here': Morocco's LGBTQI+ community condemns hate crime against trans woman 'Haifa'
MENA
4 min read
Basma El Atti
Rabat
The Moroccan state has so far no concrete laws that ensure the protection of the LGBTQI+ community from violence. 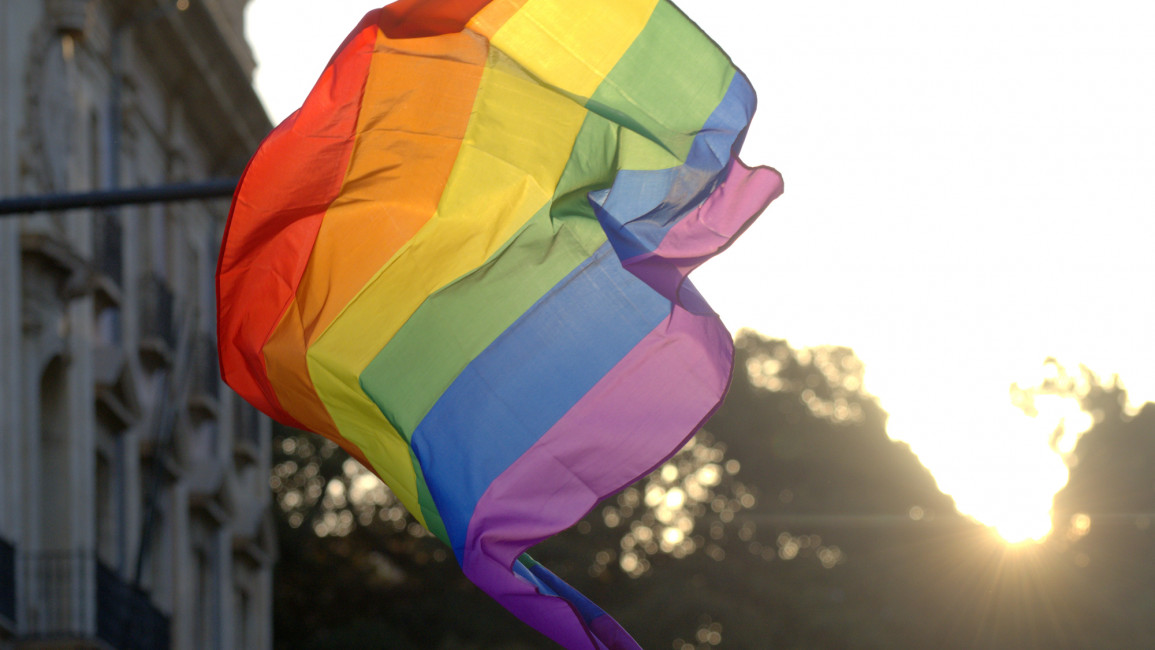 Moroccan authorities arrested four people on Sunday following a group assault against a trans woman as hate crimes against the LGBTQI+ community mount in the North African country.

"Three minors and an adult, aged between 13 and 24, were arrested in connection with the incident that occurred on Saturday night in Tangier," reported AFP.

On Friday night, a group of men severely beat, harassed and dragged a Moroccan trans woman named "Haifa" in the northern city of Tangier.

Before the attack, Haifa was reportedly waiting for a taxi with her two friends, also members of the LGBTQI+ community, at the Malabata area in Tangier.

The video of the assault, which went viral Saturday on social media, documented the abusers shouting transphobic and homophobic slurs in the background, with some passengers cheering the abusers on.

Under the Arabic Hashtag translating to "Injustice is here, we are here", several LGBTQI+ activists and feminist organisations came together Sunday to condemn the hate crime, calling on human rights groups and International civil society to interact with the horrendous attack.

"The victim was shocked by a group of people stealing the hat of one of her friends, and in an attempt to bring the hat back, the victim was subjected to a series of both verbal and physical attacks by several people (…) who stripped her of her clothes and wig," said Groupe d'action féministe Maroc (GAFM) in a statement signed by 11 other local group rights and dozens of Moroccan activists.

GAFM said the abusers also threw a chemical substance all over the victim's face.

The victim reportedly managed to run away from the assaulters to a parking lot where some of the security men hid her in a nearby store.

"The victim kept her torn clothes on until the police came and asked her if she wanted to report the incident. She was not feeling safe nor ready to report at that moment," added GAFM.

Izgar Belrhali, a Moroccan LGBTQI+ activist and the founder of GAFM, argues that hate crimes against the community in the country are encouraged by a large portion of society and validated by Moroccan law.

"You can see it now because it is documented (…). This incident is not the first, and I am not sure if it will be the last. (…) as we are vulnerable to attacks, article 489 [of Morocco's penal code] adds another layer of systemic oppression against the community," Izgar Belrhali told The New Arab.

Article 489 of the Penal Code of Morocco criminalises "lewd or unnatural acts with an individual of the same sex." Same-sex sexual activity is illegal in the North African Kingdom and is punishable by up to three to five years imprisonment and a fine of 1,200 dirhams (US$ 120).

In Morocco, legal obstacles also prohibit transgender people from possessing ID that reflects their gender identity and their chosen name.

On the other hand, Moroccan society remains quite conservative regarding issues related to individual freedoms. Openly Moroccan queer people are often subjected to violence in public spaces and denied job opportunities.

In 2020, a large outing campaign targeted queer people in the country after a famous Instagram influencer called on their 600,000 followers to create fake accounts on dating apps like Grindr and Planet Romeo to geolocate and identify closeted gay family members.

In the middle of a strict quarantine, with no escape from potentially abusive domestic situations, hundreds of gay men saw their private pictures exposed online. They feared for their lives and jobs, according to Nassawiyat, a local feminist and queer group, and Human Rights Watch (HRW).

The Moroccan police said, at the time, that an investigation has been opened for "incitement to hatred and discrimination."

However, the Moroccan state has so far no concrete laws that ensure the protection of the LGBTQI+ community from violence.

A recent report by Nassawiyat, said most of the LGBTQI+ violence survivors who report aggression to the police, find themselves obligated to hide their gender identity and sexual orientation, which are, in most cases, the reasons behind the attacks.