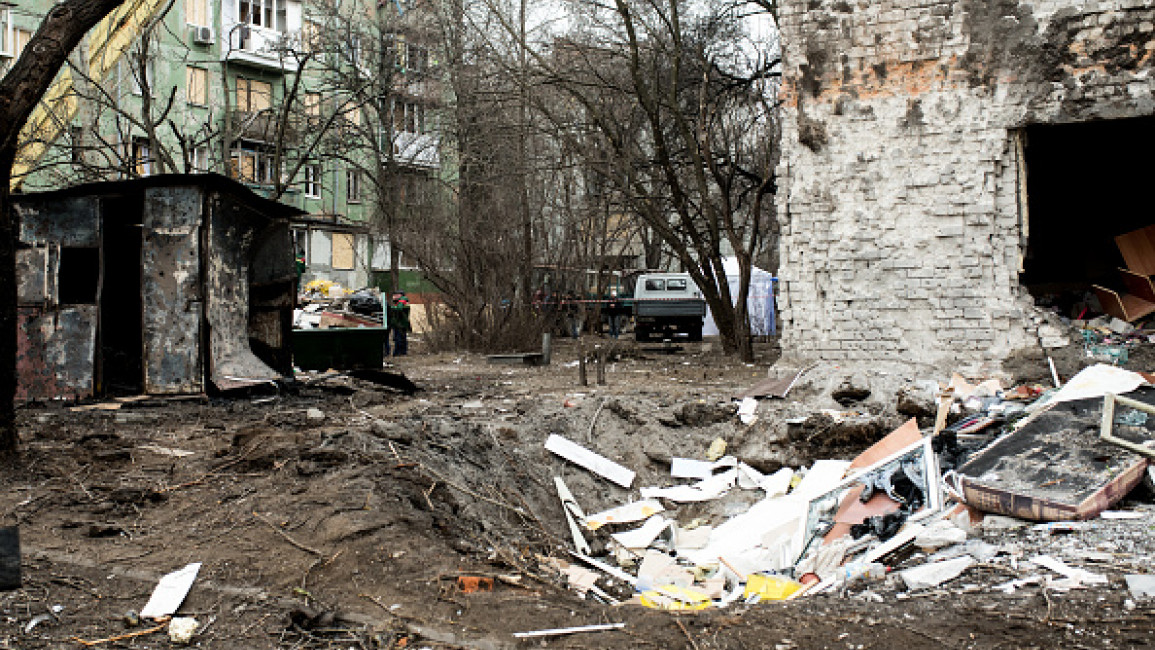 Fighting has "sharply increased" in the southern Ukraine region of Zaporizhzhia, where the front has been largely stagnant for months, a senior Moscow-installed official in the area said Friday.

"In the direction of Zaporizhzhia, the intensity of military activity has sharply increased," the official, Vladimir Rogov, said on the Telegram social media platform.

Both Rogov and the Russian army said Moscow's forces had seized the village of Lobkove, around 50 kilometres (30 miles) south of the Ukrainian-held regional capital, also called Zaporizhzhia.

"Lobkove is ours," Rogov said.

He added that Russian forces had fired at Ukrainian positions with "tanks, mortar and artillery" in a dozen villages in the region.

The Ukrainian army said Friday that "more than 20 settlements" had been attacked.

Rogov had announced Thursday a "local offensive" in the region near the town of Orikhiv.

He told the Russian state-run TASS news agency on Friday that this was "not yet the storming" of the town, which lies southeast of Zaporizhzhia, but that fighting had reached its suburbs.

"Hills have been taken that determine fire control over Orikhiv and other settlements," he said.

The front in southern Ukraine has been considerably quieter recently than in the east, with Moscow withdrawing from the major city of Kherson in November.

Ukrainian military spokeswoman Natalia Gumenyuk told local media that fighting along the southern frontline was "difficult", including in Zaporizhzhia.

"Last night passed peacefully in the Nikopolskyi district, which usually suffers from shelling. This may indicate that the enemy is regrouping its units and weapons," she said.

The Ukrainian head of the Zaporizhzhia region, Oleksandr Starukh, said his territory had been shelled a "record" number of times.

"Two hundred twenty-four shellings on 21 settlements in the last day alone," he said on social media.

Russia also said Friday that its forces had captured a hamlet south of the eastern town of Bakhmut, now the epicentre of fighting between Kyiv and Moscow's forces.

The defence ministry said pro-Russian separatist forces with artillery and aviation support had taken control of Klishchiivka in the eastern region of Donetsk.

Klishchiivka, which had a population of around 500 people before Moscow sent troops to Ukraine, lies southwest of Bakhmut, suggesting Russian forces were attempting to encircle the town.

Russia launched its offensive to seize the industrial hub last year but has failed to make decisive gains, though capturing the Donetsk region is now Russia's primary aim of the conflict.

The defence ministry and mercenary group Wagner said last week that they had wrested control of Soledar in Donetsk, Moscow's first claim of victory after months of battlefield setbacks.

Zaporizhzhia and Donetsk are two of four Ukrainian regions that Russian President Vladimir Putin announced in September were annexed and now part of Russia.

The Kremlin has vowed to use all available means to push Ukraine forces from them.