'He was in his own land': Family of killed Palestinian refuses Israeli claims as Israel withholds his body

'He was in his own land': Family of killed Palestinian refuses Israeli claims as Israel withholds his body
MENA
3 min read
Qassam Muaddi
West Bank
"The occupation killed my cousin, as it has killed so many more Palestinians and it is the occupation who declared that he was attacking a settler," said Ataya. "Since when is the killer's version of events the accepted truth?" 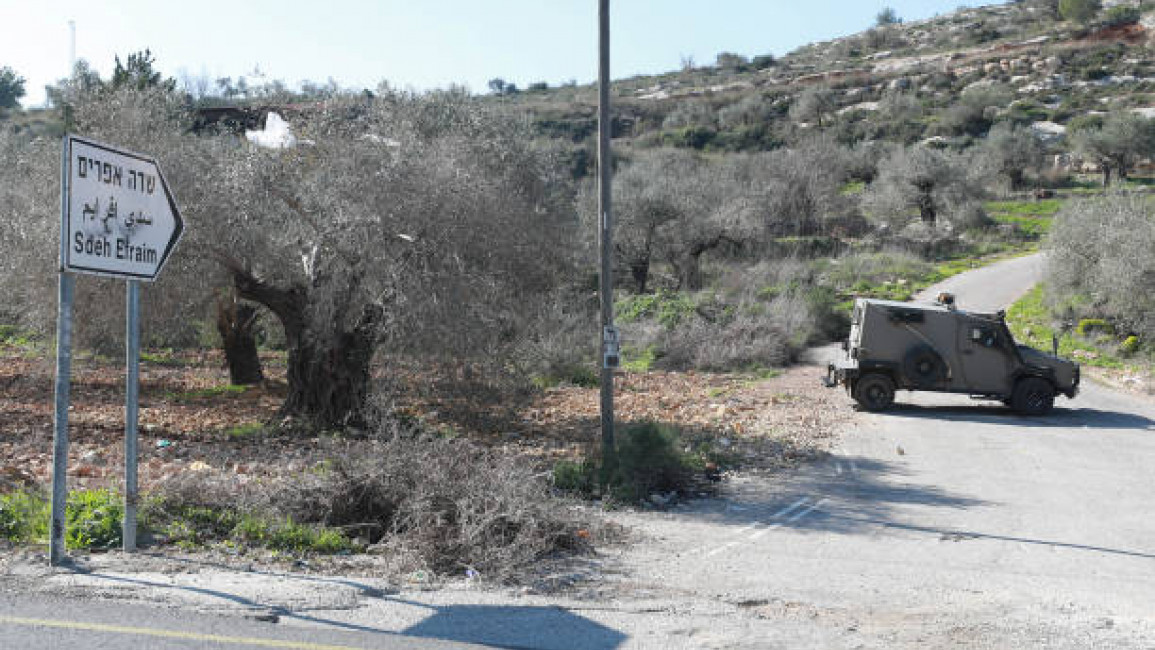 Israeli forces continue to withhold the body of 42-year-old Palestinian Tariq Maali, killed on Saturday at the Palestinian village of Kufr Neameh, west of Ramallah in the occupied West Bank.

Israeli forces claimed on Saturday that they killed Maali while he tried to stab an Israeli settler. Maali's family refused the Israeli version of events.

"The occupation forces always publish the photo of the weapon of any armed Palestinian that they killed," Thafer Ataya, Maali's cousin, told The New Arab. "There is no photo of the knife with which Tariq was going to stab the settler, simply because he wasn't."

"The occupation killed my cousin, as it has killed so many more Palestinians and it is the occupation who declared that he was attacking a settler," said Ataya. "Since when is the killer's version of events the accepted truth?"

Ataya described his killed cousin as "a calm, polite and successful working man and father." Maali left behind three children, the youngest being only six years old, and the eldest being 12 years old.

"He had a good economic situation, as he was an experienced aluminium worker who earned a medium-high monthly income," detailed the cousin.

Heart-breaking scenes for the family of Palestinian man Tariq Maali, who was killed today morning by a colonial Israeli settler in Ramallah. 💔🇵🇸 pic.twitter.com/pLDhYNMjtX

Israeli media published video footage on Saturday showing a man at a countryside location running towards another man, before falling down on his face. The video was described as the moment when Maali was shot by the Israeli settler he was attacking.

Israeli reports also quoted the Israeli army claiming that Maali had entered the settler outpost built on the lands of Kufr Neameh, named 'Sde Ephraim' by car, and tried to attack an Israeli settler before being killed.

"We, as Tariq's family, are not concerned with the video footage or any part of the occupation's version," said Ataya, while recognising that the location shown in the footage is the location where Maali was killed.

"The place is called Al-Risan, and it’s an agricultural land and natural green space that belongs to the village," he added. "Three years ago, Israeli armed settlers came and installed a trailer house there and began to scare people away, and we began to organize peaceful protests there as the Israeli army declared that the land was confiscated."

ِThe hilltop of Al-Risan in Kufr Neameh was confiscated by Israeli authorities in the early 1980s, but villagers of Kufr Neameh continued to go to the area for recreation.

Then, in 2019, Israeli settlers installed an outpost on the hilltop, escalating confrontations with Palestinian villagers.

"The occupation intelligence services interrogated me after the killing of Tariq and asked me what he was doing at Al-Risan," noted Thafer Ataya. "I say that Al-Risan is our land, and it's only natural that Tariq went there, maybe to have some fresh air in such nice weather."

"What is not natural is for Tariq or any of us to find an armed settler sitting there, pointing his weapon, he is the intruder and the one to be out to question, not Tariq," he stated.

Maali was the 18th Palestinian to be killed by Israeli forces since the beginning of the year.

His body is the 117th dead Palestinian body withheld by Israeli forces since 2015.