Expanded US training for Ukraine forces begins in Germany amid ongoing war with Russia
World
2 min read
The New Arab Staff & Agencies
The US military's goal for Ukraine soldiers is getting a battalion of about 500 troops back on the battlefield to fight Russian forces in the next five to eight weeks, said General Mark Milley, chairman of the Joint Chiefs of Staff. 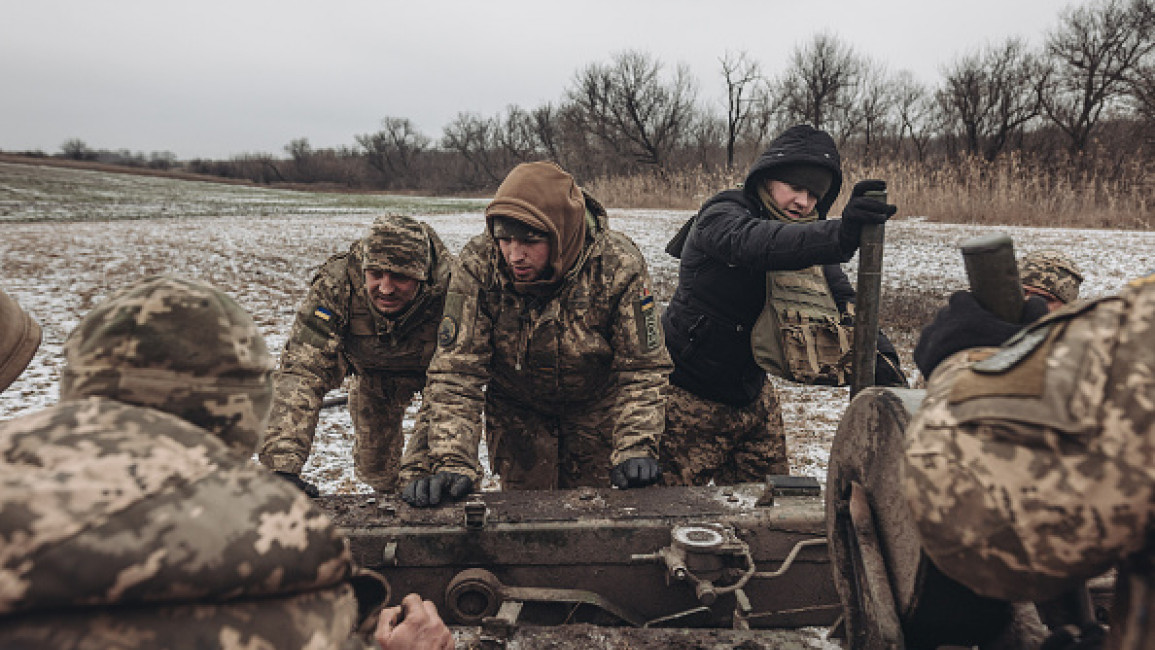 The US military's new, expanded combat training of Ukrainian forces began in Germany on Sunday, with a goal of getting a battalion of about 500 troops back on the battlefield to fight the Russians in the next five to eight weeks, said General Mark Milley, chairman of the Joint Chiefs of Staff.

Milley, who plans to visit the Grafenwoehr training area on Monday to get a first-hand look at the program, said the troops being trained left Ukraine a few days ago. In Germany is a full set of weapons and equipment for them to use.

Until now the Pentagon had declined to say exactly when the training would start.

The so-called combined arms training is aimed at honing the skills of the Ukrainian forces so they will be better prepared to launch an offensive or counter any surge in Russian attacks. They will learn how to better move and coordinate their company- and battalion-size units in battle, using combined artillery, armor and ground forces.

Speaking to two reporters traveling with him to Europe on Sunday, Milley said the complex training - combined with an array of new weapons, artillery, tanks and other vehicles heading to Ukraine - will be key to helping the country's forces take back territory that has been captured by Russia in the nearly 11-month-old war.

"This support is really important for Ukraine to be able to defend itself," Milley said. "And we’re hoping to be able to pull this together here in short order".

The goal, he said, is for all the incoming weapons and equipment to be delivered to Ukraine so that the newly trained forces will be able to use it "sometime before the spring rains show up. That would be ideal".