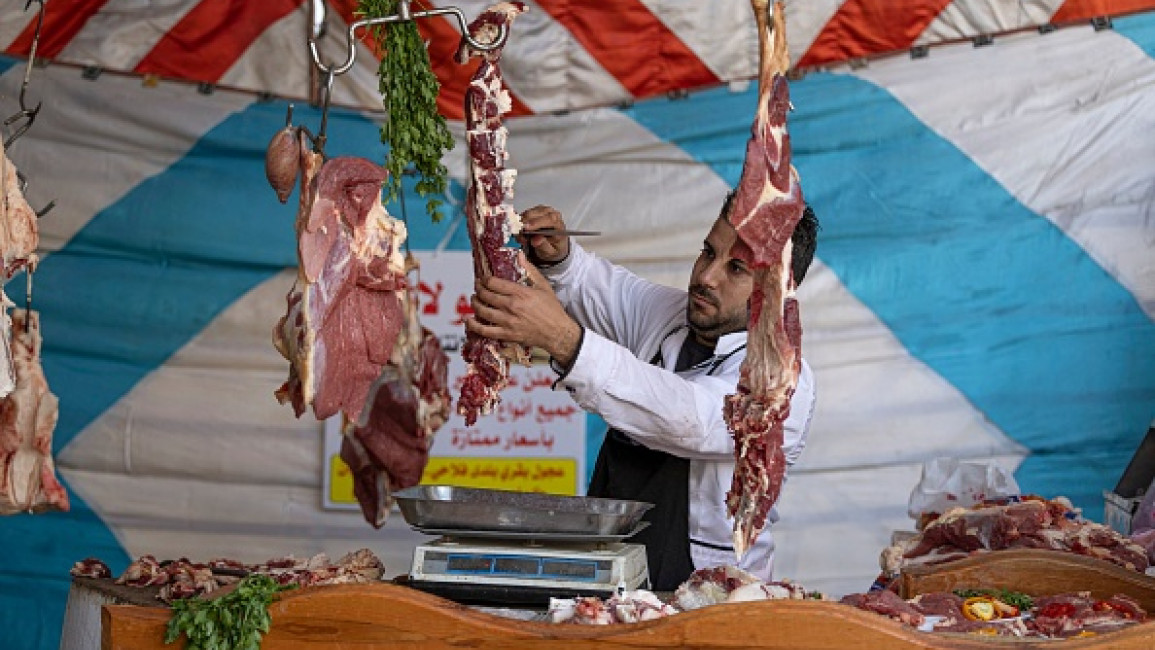 Fresh meat prices in Egypt have skyrocketed by over 25% in the last week, compounding the economic woes of Egyptians already struggling with a cost of living crisis and spiralling inflation.

Red meat, poultry and fish all climbed rapidly, resulting in calls from Egypt's Chambers of Commerce to threaten strike action.

Meat consumers in Egypt had to pay an average of 255 Egyptian pounds (around 9 USD) for a kilogram of fresh meat on Friday, jumping from 210 the week before.

Many Egyptians have been priced out of meat consumption for years, as high-priced import markets have made animal products a luxury good.

The risky journey for Egyptians escaping the security state

The situation for the meat industry in Egypt is “in disarray”, according to Haithem Abdulbaset, vice president of the Chamber of Commerce butcher's division.

“Calves ready for slaughter have all but disappeared from the meat markets - farmers can’t pay for the feed to raise them any more,” he said.

Abdulbaset expects the price of meat to reach 300 pounds per kilo by the time Ramadan begins at the end of March.

“The government has to act swiftly to procure meat from Sudan and bring it to Egyptian markets,” said the market representative.

Meat from Sudan currently faces import blocks due to questions over standards and sanitation.

Minister for Agriculture Sayed al-Qaseer said that he had ordered vendors to sell fresh meet at 155 pounds per kilo, hoping to calm markets and meet rising demands, in an official statement responding to the recent rise.

Prices of basic commodities, mostly imported, have witnessed unprecedented hikes across Egypt which have put low and average-income households in dire straits.

The world’s largest wheat importer, Egypt has been hit hard by the Covid-19 pandemic and the recent Ukrainian-Russian war - events that also disrupted global markets and hiked oil and food prices worldwide.