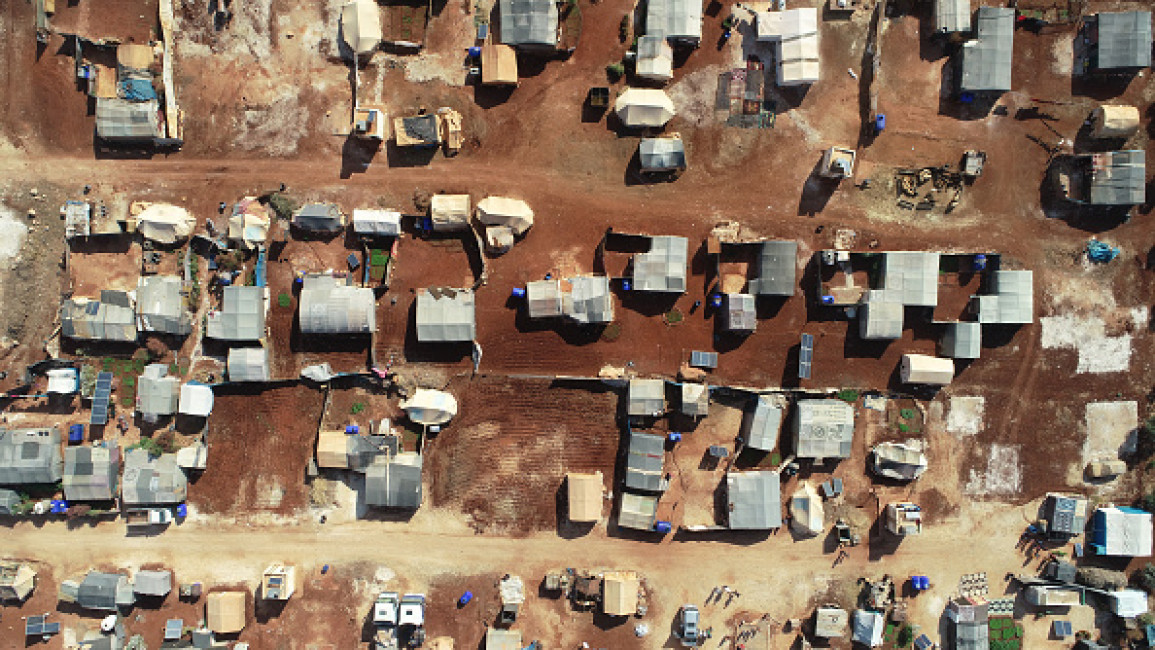 More than 40 towns in northwestern Syria are in the grips of a water crisis affecting hundreds of refugee camps, NGO workers have said.

Just under a month ago, humanitarian NGO GِOAL Global stopped supporting 11 stations across Idlib, the effects of which have just started to be felt and come as the UN withdraws key funding from humanitarian agencies.

Refugee camps in northern Syria, often supplied by vehicles carrying water tanks, have in particular been hit badly by the crisis.

"This crisis snowballed after the UN cut its funding for GOAL global at the end of October," Firas Dunoon, head of Armenaz town council in the Idlib countryside, told Al-Araby Al-Jadeed, The New Arab's Arabic-language publication.

"GOAL are still trying to secure funding from elsewhere, but up [until] now without success."

He said 12 refugee camps rely on water supplies from Armenaz alone, which needs to meet the needs of nearly 93,000 people.

Forty-seven percent of camps now have no access to clean running water, according to Syria Response Coordinators.

With winter looming - which the UN expects to be "one of the harshest" since the start of the 2011 war - local residents fear the worst is yet to come.

Mohammed Ali fled from his hometown of Maaret al-Numan to Armenaz in 2019, where he lives in a rented apartment.

"Rent is $50 a month, and every week I need around 10 containers of water - now costing another 55 Turkish liras (around $3)," Ali told Al-Araby Al-Jadeed.

"I work as a labourer, earning around 1.6 dollars a day, so the extra cost of water is a huge burden. To be honest, I have no idea how I will manage through the winter."