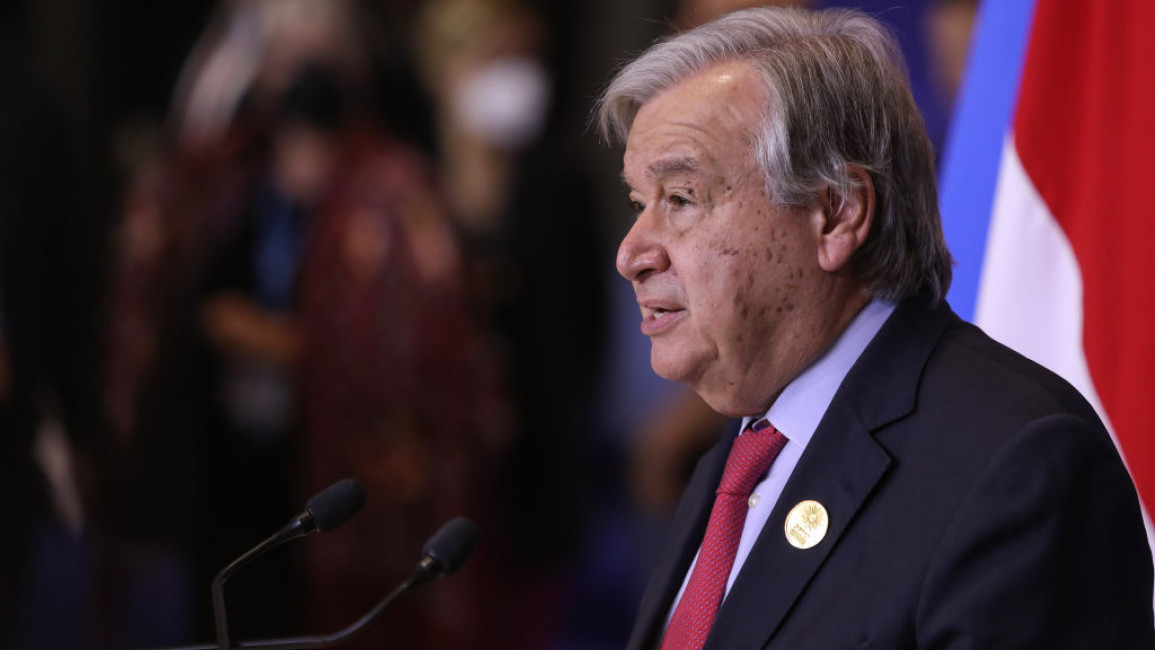 Ministers from poor nations on the frontlines of fiercer floods, droughts and storms said the UN COP27 talks would let down their hard-hit people if they end without agreement on a fund to deal with worsening "loss and damage" driven by climate change.

As the summit neared its Friday close with big disagreements unresolved, officials representing 134 developing countries demanded a "political signal" that a loss and damage finance facility would be established and launched by the end of 2024.

She called for "a bargain between the Global North and the Global South" to set up a fund that would later channel billions of dollars to those bearing the brunt of climate change impacts.

"It is of pivotal importance," she said, noting the recent flood in her country from super-charged monsoon rains - which covered a third of its land - had affected 33 million people.

"Vulnerability should not become a death sentence, because that is what many economies and countries and people are facing," Rehman said, adding that parts of the world could become uninhabitable if climate change continues unchecked.

Powerful #Pakistan Climate Minister @sherryrehman was a breath of fresh air to listen to at #COP27 - Straight honest talking too often absent in Europe -"What goes on in Pakistan won't stay in Pakistan" - If no 'Loss + Damage' Facility, 'Bretton Woods system has to be rewired'.. pic.twitter.com/Yck4t2Ua2e

The negotiations on how to provide funding for loss and damage - after an early win of getting the issue onto the COP27 agenda - have inched along, despite developing countries submitting a proposal on Wednesday for a new financial facility.

UN Secretary-General Antonio Guterres said the time for talking on loss and damage finance was over and urged action.

"No one can deny the scale of loss and damage we see around the globe. The world is burning and drowning before our eyes," Guterres told journalists at COP27.

"I urge all (government) parties to show that they see it - and get it. Send a clear signal that the voices of those on the frontlines of the crisis are finally being heard," he added.

Observers at the talks said some donor countries - especially the United States and France - had continued to push back against a deal endorsing the creation of such a facility.

Some rich nations favour using the new Global Shield Against Climate Risks, which will provide insurance and other social protection to get money fast to disaster-hit communities outside the UN process, in addition to other potential sources of finance such as development banks.

Brandon Wu, head of policy and campaigns at aid group ActionAid USA, said that the United States was blocking progress on the issue at COP27, and its contribution of $24 million to the Global Shield was far too little.

"Many in the Biden administration are good at saying the right words: 'We are willing to talk, we hear the cries of our colleagues in the Global South' ... Meanwhile they continue rejecting out of hand the core demand of developing countries," he told journalists on Thursday.

Somalis are fighting conflict by saving the environment

Alioune Ndoye, Senegal's environment minister, noted that the group of 46 least developed countries he represents at the talks are already paying the price for climate change - despite being the smallest contributors to planet-heating emissions.

In Niger and Nigeria, for example, heavy floods this summer displaced 1.5 million people from their homes, he added.

On Wednesday, a group of scientists said climate change had increased the intensity and likelihood of heavy seasonal rainfall in the Lake Chad region and the lower Niger Basin in West Africa, which led to the flooding.

Meanwhile in the Horn of Africa, more than 20 million people in Ethiopia, Kenya and Somalia are in a severe hunger crisis, partially driven by prolonged drought.

"Our people are in danger," Ndoye said.

"Here at this COP, our communities expect a strong decision, likely to improve their living conditions and to respond to the losses they are suffering. We have an obligation to show our people that we really care about their difficulties," he added.

The thorny question facing wealthy governments is where to find more funding when they have yet to meet existing promises of climate finance to vulnerable nations, and are failing to fully cover UN appeals for humanitarian aid, leaving people short of life-saving relief.

Overstretched aid agencies have warned at COP27 that they cannot be expected to meet rising needs from people battered by climate disasters.

"As the cost of climate-related losses continues to increase, they will begin to swallow up... not just our humanitarian aid budgets but eventually our development budgets as well," said Samantha Power, head of the United States Agency for International Development (USAID).

Global sources of climate finance, such as the Green Climate Fund (GCF), say they cannot assume the full strain either.

GCF executive director Yannick Glemarec said in an interview that the fund was already using about 30% of the roughly $11 billion in resources it has deployed so far for activities that fall under efforts to avoid and minimise "loss and damage".

Those include projects to strengthen early warning systems and build infrastructure such as roads and embankments that can better withstand climate shocks and stresses, as well as weather insurance for farmers.

He noted that loss and damage has become such an important issue today because countries have so far failed to cut their planet-heating emissions fast enough to stay on track to keep global warming to an agreed limit of 1.5 degrees Celsius.

"It's very important to note that we cannot and should not reduce the (global warming) mitigation effort, because we will reach the stage where things are unmanageable," Glemarec added.

For some communities in small island states, threatened by rising sea levels and powerful storms, that threshold is already being crossed, ministers said at COP27.

Molwyn Joseph, minister of health, wellness and the environment for Antigua and Barbuda in the Caribbean, said polluting countries that have burned a lot of fossil fuels must understand they have an obligation to pay for the fallout, even if it is difficult to gain political backing for that.

Vulnerable nations also have a "political problem", he said.

"When our children's hospital is washed away and the bridges are washed away, what do we say to our people? They are human beings like everybody else," he emphasised.