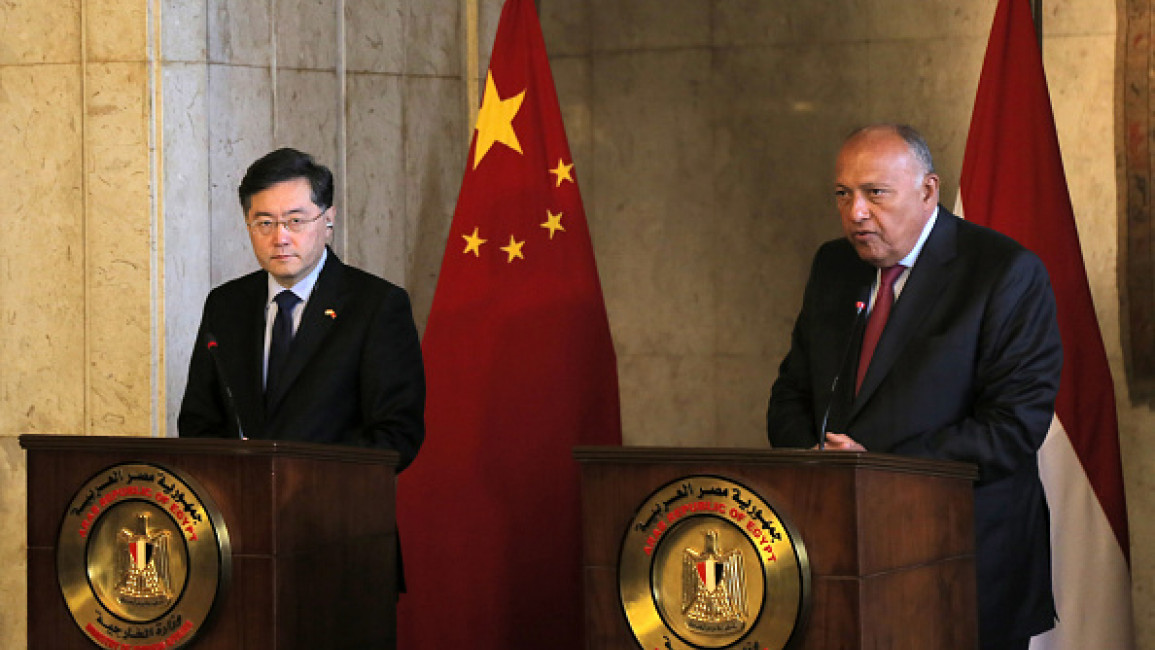 China's foreign minister Qin Gang held talks on Sunday with Egyptian President Abdel-Fattah al-Sisi and his counterpart Sameh Shoukry in Cairo during the last stop in a week-long African tour to Ethiopia, Gabon, Anglo and Benin.

In a joint press conference, Shoukry said the talks were about Sino-Egyptian ties and boosting Chinese tourism to Egypt, a vital sector and one of the North African country's major sources of national income.

Egyptian tourism has been struggling in recent years amid global crises including the Covid-19 pandemic and the Russia-Ukraine war.

Since December, tensions have been increasing in Palestine, as Israeli forces unleashed a brutal wave of raids and killings that have claimed the lives of more than 200 Palestinians and after the return to office of Israeli prime minister Benjamin Netanyahu leading far-right, fundamentalist government.

Qin called on Israel to "end incitement and provocation and refrain from unilateral action that could worsen the situation."

Qin further reiterated China's stance of resolving the Israeli-Palestinian conflict based on "the two-state solution and the land-for-peace principle."

China to appoint special envoy to Horn of Africa: FM

In his meeting with al-Sisi, Qin said Beijing will continue to invest in Egypt's infrastructure projects, including those linked to China's Belt and Road Initiative.

China has invested billions of dollars in Egyptian state-run projects including the Suez Canal Economic Zone and the New Administrative Capital, built east of Cairo.

China supplied vaccines to Africa and funded the construction of a new headquarters for the African Center for Disease Control in Ethiopia’s capital Addis Ababa amid the Covid-19 pandemic.

Qin's tour of Africa, where China has invested around US$160 billion over the past two decades in infrastructure projects, is believed to be Beijing's reaction to last month's summit in Washington between US president Joe Biden and several African leaders.