China insists Covid-19 data 'transparent' after WHO criticism following infections, death surge
Health
3 min read
The New Arab Staff & Agencies
The WHO said it believes that the current numbers being published from China "under-represent" the true impact of the disease in terms of hospital admissions, in terms of ICU admissions, and particularly in terms of deaths. 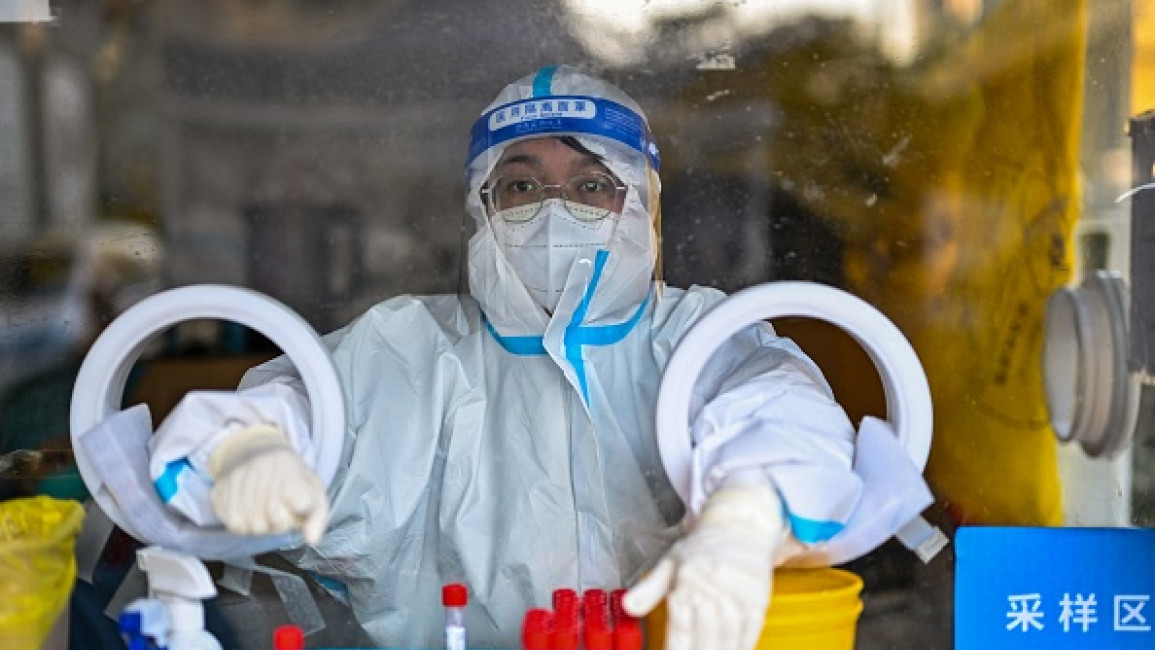 China on Thursday insisted it had been transparent with the international community about its Covid data, as it hit back against World Health Organization criticism that its tally of virus deaths was understating the true scale of its outbreak.

More than a dozen countries have imposed fresh Covid rules on visitors from China in the wake of that outbreak, requiring all arrivals to submit negative virus tests with some screening wastewater from flights arriving from the world's most populous nation.

China has only recorded 23 Covid deaths since December, after dramatically narrowing the criteria for classifying such fatalities. Beijing's statistics about the unprecedented wave are now widely seen by other countries as not reflecting reality.

In Geneva on Wednesday, WHO emergencies director Michael Ryan said the global organisation was without "complete data" from China.

"We believe that the current numbers being published from China under-represent the true impact of the disease in terms of hospital admissions, in terms of ICU admissions, and particularly in terms of deaths," he said.

The definition Beijing is using is "very narrow", he added.

Beijing hit back on Thursday, insisting China had "always shared relevant information and data with the international community, with an open and transparent attitude".

"We hope the WHO secretariat will uphold a scientific, objective and just position, and make efforts to play a positive role for the world's response to the pandemic challenge," foreign ministry spokeswoman Mao Ning told a press briefing.

She also urged countries against imposing fresh travel restrictions on arrivals from China, calling instead for them to "work together to protect the normal movements of people".

Was China’s Zero Covid a system of political control?

European Union countries have also echoed the WHO's concern that Chinese data on Covid infections was insufficient.

As countries grapple with the best response to the surge in cases, a crisis meeting of EU experts said on Wednesday that member states were "strongly encouraged" to demand Covid tests from passengers coming from China.

The meeting was held to coordinate a joint EU response to the sudden inflow of visitors as Beijing lifts its "zero-Covid" policy, which had largely closed the country off to international travel.

Experts also recommended that passengers to and from China wear face masks, and that EU countries conduct random tests on arrivals and test wastewater from flights from China, according to a statement issued by the Swedish presidency of the EU.

WHO chief Tedros Adhanom Ghebreyesus had earlier told reporters that the organisation's officials had held high-level talks in recent weeks with counterparts in China.

He reiterated that the UN health agency understood why some countries were introducing fresh Covid curbs on visitors from China.

"With circulation in China so high and comprehensive data not forthcoming, it is understandable that some countries are taking steps they believe will protect their own citizens," he said.