Biden hosts Jordan's King Abdullah for broad array of Middle East talks
World
2 min read
The New Arab Staff & Agencies
Abdullah, who faced down a challenge to his authority in April from his half-brother, Prince Hamza, will have his first Oval Office talks with Biden since the US president took power in January. 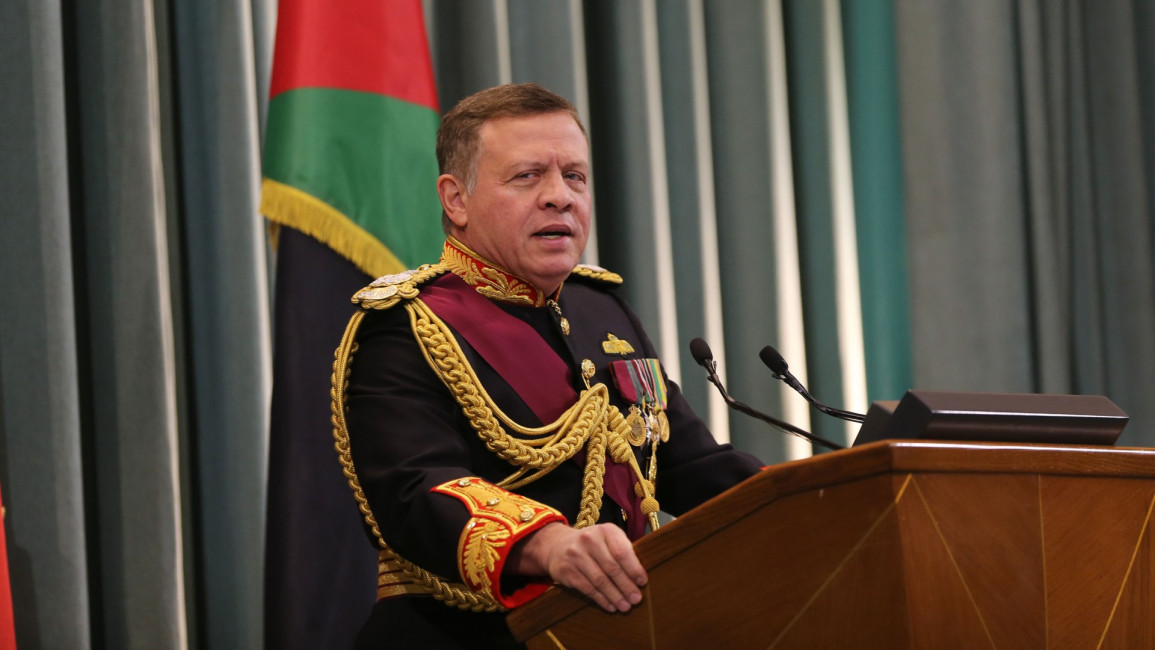 US President Joe Biden on Monday will host Jordan's King Abdullah, a key US ally in a volatile region, in what will be the first of three face-to-face meetings with leaders from the Middle East expected soon.

Abdullah, who faced down a challenge to his authority in April from his half-brother, Prince Hamza, will have his first Oval Office talks with Biden since the US president took power in January.

He will also have a working breakfast with Vice President Kamala Harris on Tuesday at the vice president's residence. He will meet Secretary of State Antony Blinken at the State Department on Tuesday.

Abdullah plays a unique role in the Middle East, seen by US officials as a moderate and pragmatic leader who can play a mediating role.

Abdullah is the first Middle East leader to visit the Biden White House, to be followed on July 26 by Iraqi Prime Minister Mustafa al-Kadhimi. US and Israeli officials are working on scheduling a meeting soon between Biden and new Israeli Prime Minister Naftali Bennett.

A senior Biden administration official said the president's talks with the king are expected to include the way forward for Israel and the Palestinians with Bennett having recently replaced Benjamin Netanyahu as Israeli prime minister.

Tensions remain high in the wake of Israel's 11-day bombardment of the besieged Gaza Strip in May.

Abdullah's standing in his own country may come up in the talks. Jordan's image as an island of stability in the turbulent Middle East was called into question after Prince Hamza was accused of a plot to destabilise the country in April.

Biden has offered full support to Abdullah, who will be joined at the White House by his wife, Queen Rania.

"We have great confidence in the king's leadership, and I think the visit over the course of the coming days will just reaffirm that confidence," a senior Biden administration official said.

Other topics likely to come up are the future of the Trump-era Abraham Accords, the normalisation deals reached between Israel and four Arab states, negotiations with Iran over its nuclear program and Syria's humanitarian crisis, the official said.